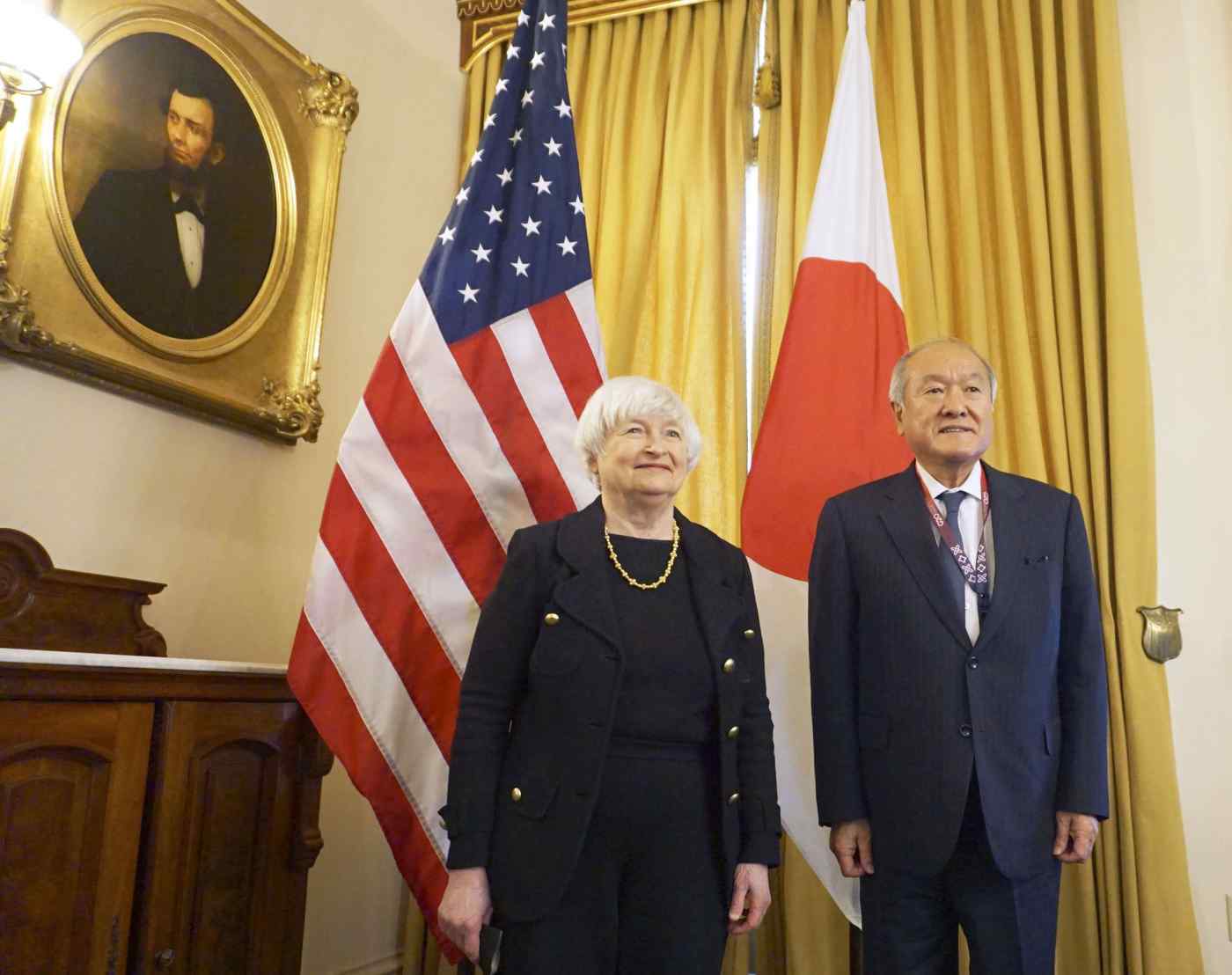 "I have said the currency's rapid fluctuations are undesirable, but the movements are fast indeed. We have to monitor the developments with vigilance," Suzuki told a news conference after his first face-to-face meeting with Yellen in Washington.

The two met a day after a gathering of finance chiefs of the Group of 20 major economies.

They also reaffirmed that they will cooperate with other Group of Seven industrialized countries and continue imposing sanctions on Russia for its invasion of Ukraine, Suzuki said.

The Japanese currency has depreciated rapidly against the dollar on the prospect of a widening monetary policy gap between the two countries.

While the Bank of Japan has maintained its aggressive monetary easing, the U.S. Federal Reserve has started tightening its monetary grip to curb rising inflation.

A weak yen has been seen as a boon to Japanese exporters as it boosts their overseas profits when the money is repatriated. When combined with soaring crude oil and other commodity prices, however, it becomes a headache for the resource-scarce country as it pushes up import costs and could dampen consumer spending.