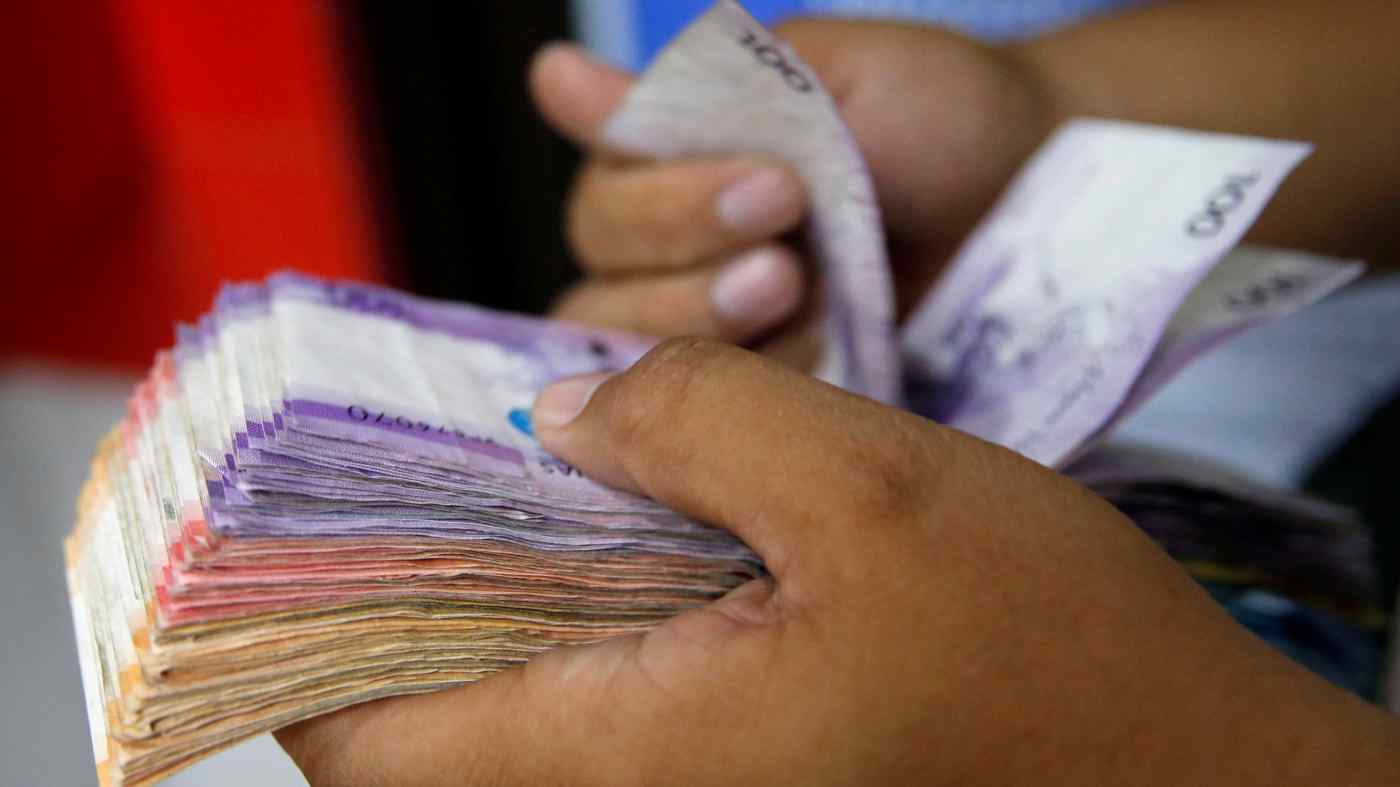 A Filipino counts pesos he received from a relative working abroad at a money remittance center in the Metro Manila city of Makati.   © Reuters
September 2, 2022 16:11 JST | Southeast Asia
CopyCopied

(Reuters) -- Emerging Asian currencies were set to end the week in the red on Friday, with the Philippine peso hitting a record low, after U.S. data bolstered the Federal Reserve's stance on policy tightening and pushed the dollar to a two-decade high.

Thailand's baht depreciated 0.3% and was the weakest performing currency for the week, set to decline 2.2%. Meanwhile, Indonesia's rupiah and Malaysia's ringgit fell 0.1% each and South Korea's won dropped 0.2%.

Market sentiment for riskier assets continued to be dented as the dollar index firmed at a new 20-year peak on Thursday, helped by the outlook for higher U.S. interest rates.

A government report showed the number of Americans filing new claims for unemployment benefits had fallen to a two-month low last week, while data also showed U.S. manufacturing had grown steadily in August as employment and new orders rebounded.

"Markets are now expecting >80% chance of a +75bps [basis points] hike from Fed in September," analysts at Maybank wrote.

"Notwithstanding the uncertainties in U.S. data further out, [emerging market] Asia is looking at a combination of potentially higher and longer-drawn domestic rate hiking cycle and rising external growth headwinds," ANZ analysts said in a note.

Investors will now focus on the U.S. August nonfarm payrolls report, due later in the day.

Meanwhile, South Korea's main inflation rate slowed in August for the first time in seven months and came in below forecasts, but details of the price data released on Friday reinforced views that inflation would stay elevated for a while.

Among stock markets, Taiwan's benchmark index dropped 0.4% and led declines. Equities in Singapore retreated 0.3%, while stocks in Manila and Jakarta advanced 0.6% and 0.5%, respectively.