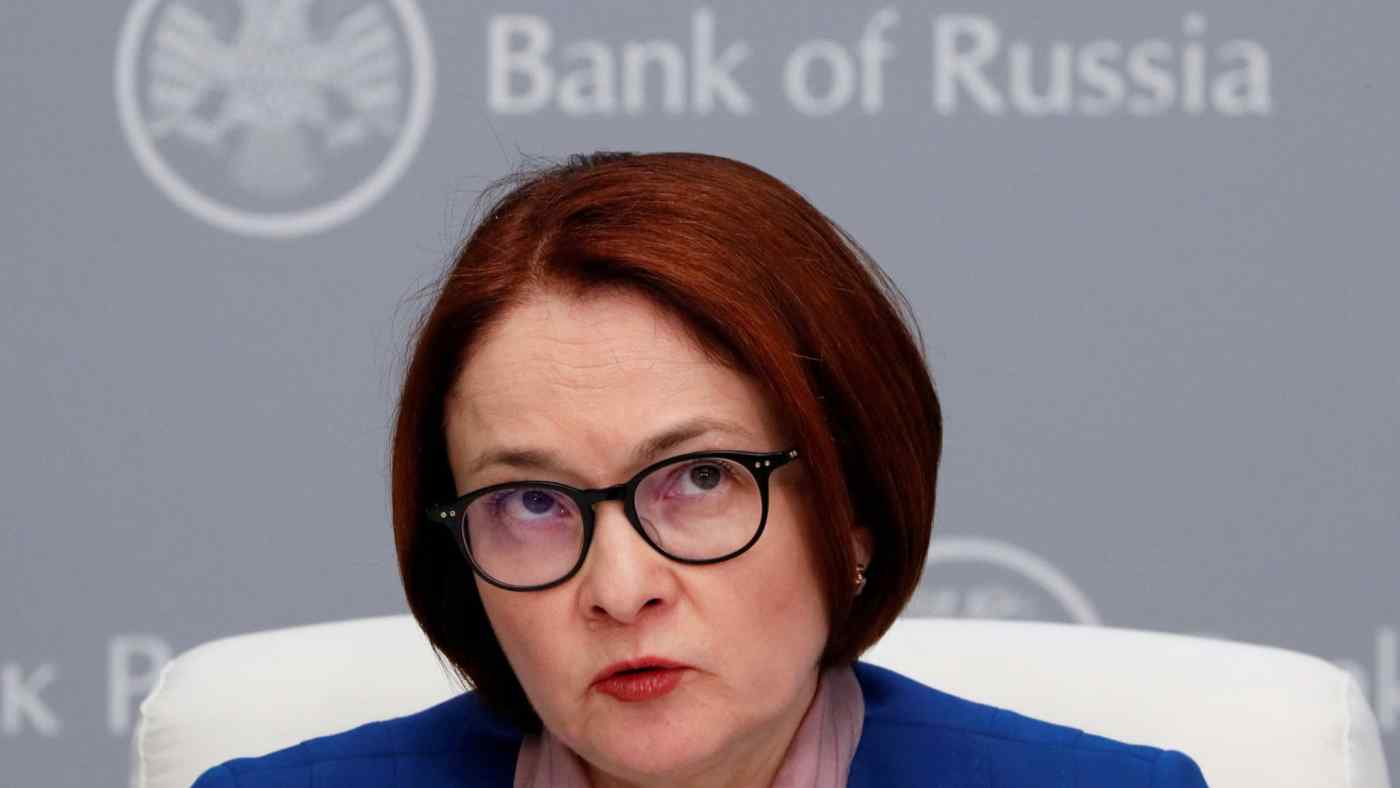 (Reuters) -- The Russian ruble rallied to its strongest level since June 2020 against the euro on Friday after an unexpected central bank rate cut, while stock indexes were mixed after the U.S. congress voted to ban Russian oil.

The central bank cut its key interest rate to 17% from 20% in a surprise move ahead of a regular board meeting scheduled for April 29, and said it was open to possible further cuts at upcoming meetings.

The ruble quickly returned to gains after easing slightly following the move, which partially reversed the emergency rate hike that the central bank delivered in late February after Russia had started what it calls "a special military operation" in Ukraine on Feb. 24.

Against the euro, the ruble rallied by nearly 3% to 79.10 after briefly touching the 79 mark for first time since late June 2020.

The surprise rate decision followed comments by Finance Minister Anton Siluanov who said this week his ministry was working with the central bank on measures to make the ruble exchange rate more predictable and less volatile.

"If the experience of the 2014/15 ruble crisis is any guide, a large interest rate cut [like that seen today] is likely to be followed by much more gradual easing as the CBR targets a large positive real interest rate to bring inflation back down to its target," Capital Economics said in a note.

LockoInvest firm said it has revised its year-end rate forecast to 11-12% from not more than 15%.

Moves in the ruble remain jittery and trading volumes on the Moscow Exchange are below average, but the roble has fully recovered to levels seen before Russian troops entered Ukraine.

The ruble has recently been steered by mandatory conversion of dollar and euro revenues by export-focused companies, while demand for forex is limited by a ban on buying cash dollars and euros as well as by a 12% commission on buying forex online or through a bank.

Given the latest ruble firming, some recovery in demand for FX is possible even despite the commission, Otkritie bank said in a note.

The ruble will lean towards firming without action from the central bank and could enter the 70-75 range to the dollar during the day, Promsvyazbank analysts said in a note.

Shares in oil firm Bashneft underperformed the market, losing 4% on the day, while shares in its rival Lukoil were down 1.4%.

Oil stocks took a hit after the U.S. Congress voted to impose further economic pain on Russia over its actions in Ukraine, passing one measure to remove its "most favored nation" trade status and another to ban oil imports.