Thailand eases capital controls with eye on US criticism 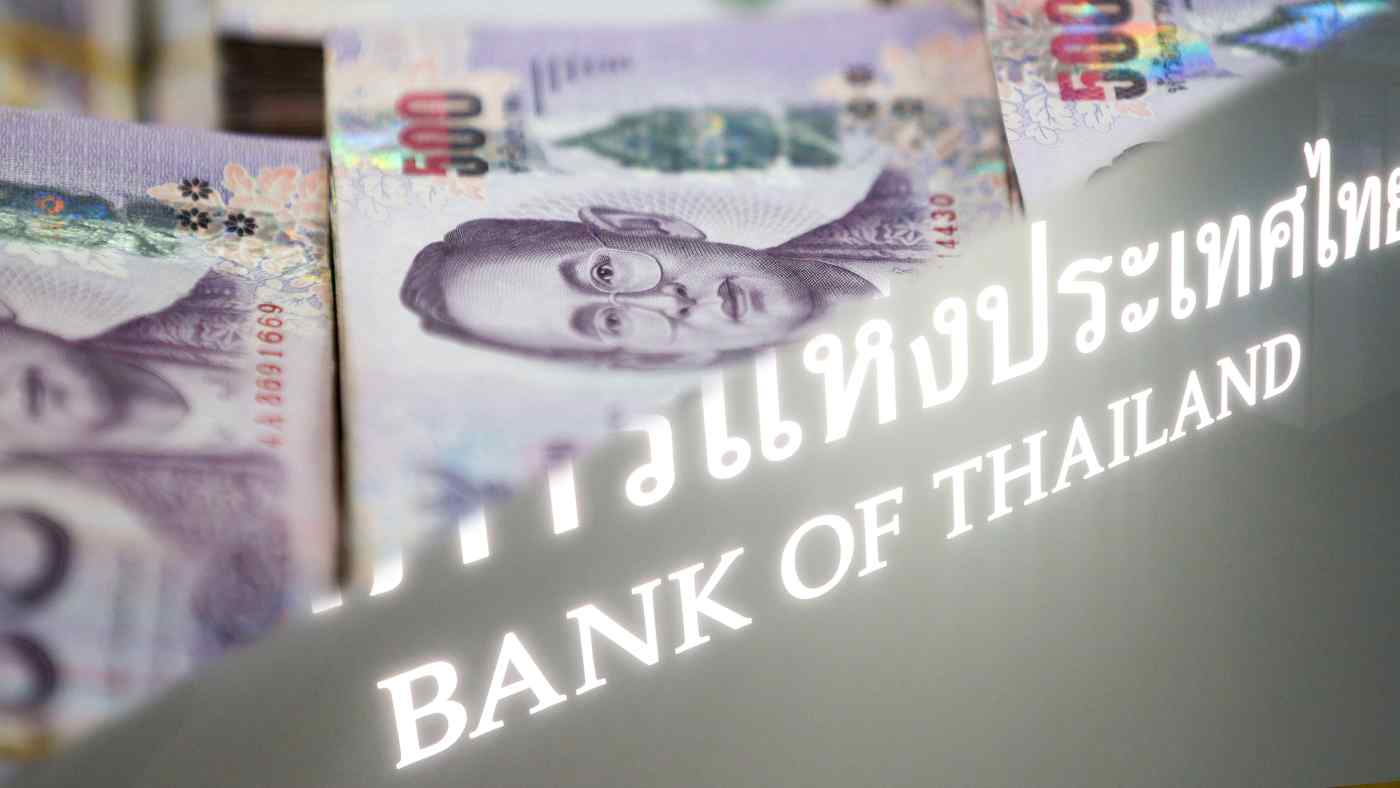 BANGKOK -- Thailand is trying to coax the baht down from six-year high territory as the currency's strength threatens local manufacturing and tourism.

The central bank has cut interest rates and eased capital controls to rein in emerging Asia's best-performing currency this year.

It is an ironic twist for a country that became the epicenter of the 1997 Asian financial crisis after its currency collapsed. Thailand now finds that its relatively sound fundamentals have made it a safe haven for capital in Southeast Asia.

This has resulted in a rising currency that renders Thai exports less competitive in the global market and makes the country more expensive for foreigners to go on holiday.

The baht traded at 30.3 to the dollar late on Nov. 12 in spot prices tracked by the Bank of Thailand -- barely changed from Nov. 6, when it softened just 0.4% following what the central bank's Gov. Veerathai Santiprabhob hailed as an unprecedented measure.

The bank cut its benchmark one-day repurchase rate to 1.25%, tying an all-time low, while also making it easier to take funds out of the country as of Nov. 8. But analysts have expressed doubts about these moves' ability to take upward pressure off the baht. It has strengthened by about 7% this year, the biggest gain of any emerging Asian currency.

Should the central bank move too strongly to cool down the baht, it risks triggering U.S. sanctions against Thailand as a currency manipulator. In a May semiannual foreign exchange report, the U.S. Treasury Department placed neighboring Singapore, Malaysia and Vietnam on its "monitoring list" of trading partners whose currency practices were deemed to merit attention.

Since its role as the epicenter of the 1997 Asian financial crisis, Thailand has worked to improve its fiscal health. Thailand's proportion of public debt to gross domestic product is about 40% -- far below neighbors like Malaysia and Vietnam, which stand around the 60% level seen as a dangerous level for emerging markets.

Thailand also maintains a wide current-account surplus thanks in large part by exports and tourism, which equate to 50% and 20% of GDP respectively. Its foreign exchange reserves stand at about $220 billion, roughly double the tally for the Philippines or Indonesia.

But the baht's strength has hurt key industrial exports, such as automobiles and electronics. Export values for January-September shrank by 2% on the year, owing partly to the U.S.-China trade war as well. The strong baht also makes travel in Thailand more expensive. The Ministry of Tourism and Sports has cut its foreign arrivals forecast for the year to the range of 39 million to 39.8 million people, down from 40.2 million.

The central bank's easing of capital controls benefits both individuals and businesses. Limits on sending money overseas were removed for individuals who are moving abroad or have relatives outside the country, while retail investors gained the freedom to directly invest up to $200,000 per year in foreign securities without going through a Thai intermediary.

Exporters with proceeds of less than $200,000 per bill of lading would also be able to keep those proceeds in foreign currency with no time limit. Eliminating the need to convert proceeds to baht was expected to ease upward pressure on the currency. The measure sets Thailand apart from many Southeast Asian neighbors who have limited capital outflows to keep their currencies firm.

The easing follows a July move aimed to fight an influx of funds for baht speculation. The Bank of Thailand capped nonresidents' deposit and securities account balances at 200 million baht ($6.58 million) per person, down from 300 million baht. That measure failed to dent the baht's rise, however.

In 2018, Thailand's trade surplus with the U.S. grew to $19 billion. Until around 2017, the Bank of Thailand intervened as needed to restrain the baht. But the Trump administration's increasing scrutiny on perceived manipulators has made such over action risky.

Washington has already begun turning up the pressure on Bangkok. Last month, the Office of the U.S. Trade Representative said a number of products imported from Thailand would be excluded from preferred tariff status beginning in April. The USTR's announcement cited failures to sufficiently provide for workers' rights, but the move was seen by some as designed to trim the trade deficit.

Thai conglomerate Saha Group's Chairman Boonsithi Chokwatana has said that to maintain exports, the baht should trade in the range of 32 to 34 against the dollar. The Thai Chamber of Commerce has said the baht's strength is costing the country 200 billion baht to 300 billion baht in export income, in a heavy blow to the national economy.

On the other hand, the strong baht gives Thai groups an edge in investing overseas, and could cause a shift in the country's heavy reliance on exports. Charoen Pokphand Foods, the country's biggest food products company, is set to invest 30 billion baht this year in expanding overseas bases, and plans to raise sales abroad to 75% of its total -- up from the current 72% -- in the next three to five years.