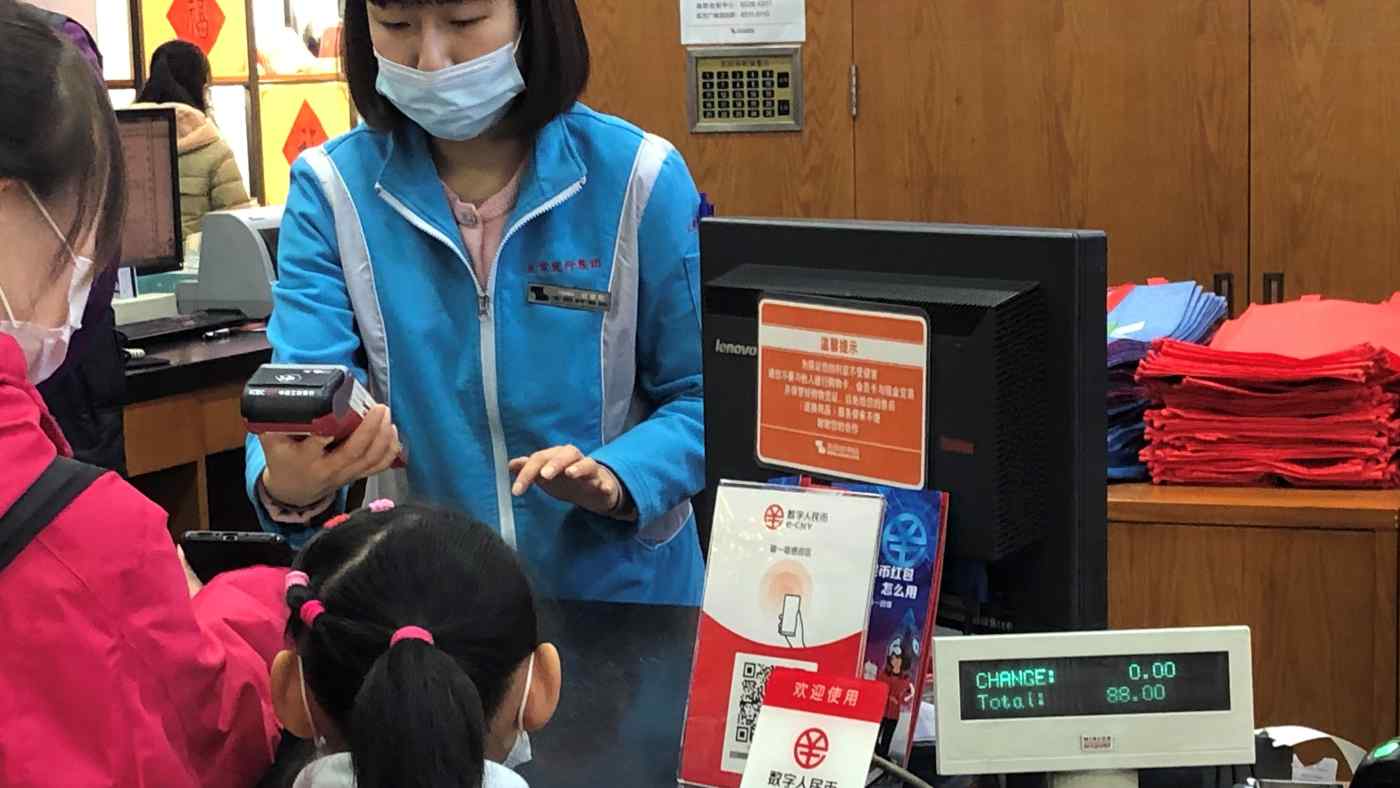 China is conducting transactions with the digital yuan on a trial basis in Beijing and other major cities.(Photo by Iori Kawate)
IORI KAWATE, Nikkei staff writerFebruary 25, 2021 05:22 JST | China
CopyCopied

BEIJING -- China's central bank said Wednesday it has joined its counterparts in Thailand and the United Arab Emirates to study the use of digital currencies in cross-border payments, a move that puts it closer to setting the global rules for international transactions handled in national virtual currencies.

This is an expansion of a testing project being conducted by the People's Bank of China and the Hong Kong Monetary Authority, which is the territory's central banking institution.