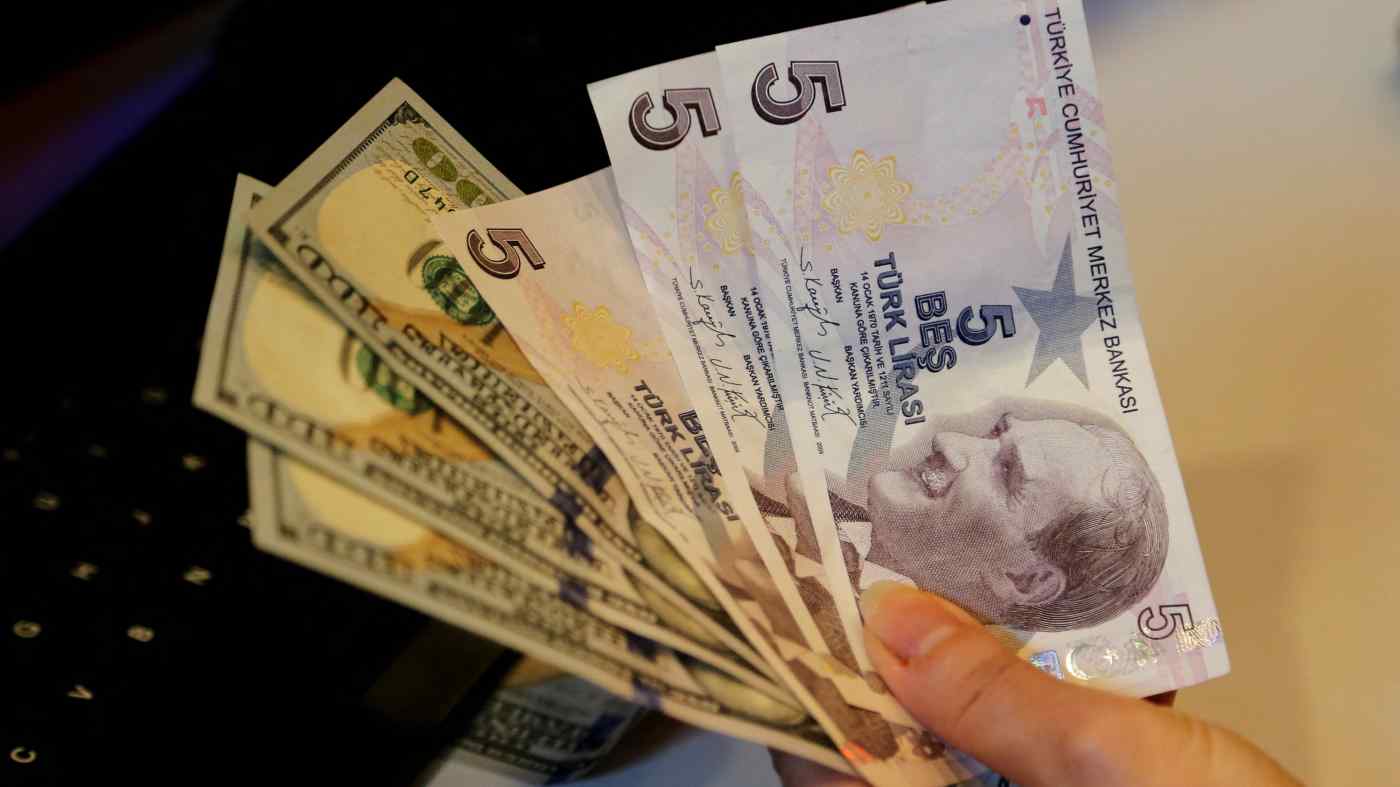 ISTANBUL (Reuters) -- Turkey's currency crisis accelerated on Friday as the lira plunged 8%, gripped by fears of an inflationary spiral brought on by President Tayyip Erdogan's unorthodox plan to slash interest rates in the face of soaring prices.

Business leaders issued rare public criticism of economic policies. The head of Istanbul Chamber of Industry said he had been "astonished" to watch the central bank slash rates, then sell foreign reserves to support the lira the next day.

The lira hit a new record low of 17.0705 to the dollar, triggering direct central bank intervention in the market - its fifth effort this month to address what it called "unhealthy" prices.

The bank's dollar-selling trimmed some of the lira's losses and it stood at 16.71 at 1427 GMT. At that level it had still lost 55% of its value this year - including 37% in the last 30 days - deeply unsettling the major emerging market economy.

"Turmoil in markets and the level of exchange rates is worrying many companies and having a negative impact on them," Rifat Hisarciklioglu, head of Turkey's Union of Chambers and Commodity Exchanges, said on Twitter.

Hisarciklioglu called for "urgent measures" to ensure stability and predictability in the markets.

Erdogan's decision to push through 500 basis points of monetary easing since September, including another big cut on Thursday, has sent inflation soaring above 21%. It is likely to blow through 30% next year due to ballooning import prices and an emergency hike in the minimum wage, economists say.

"With Erdogan seemingly becoming more entrenched in his anti-interest rate stance, the longer the currency crisis lasts, Turkey could be beyond the point of no return," said Patrick Curran at Tellimer, describing the lira as totally disconnected from fundamentals.

The knock-on effects have been fast and painful as Turks watch their savings and earnings dissolve.

Erdogan announced a 50% hike in the minimum wage, to 4,250 lira ($275) per month next year. But that is expected to boost overall consumer price inflation by 3.5 to 10 percentage points.

The hike affects some six million workers but, given the sharp lira depreciation, the new minimum wage is still lower than the equivalent $380 a year earlier.

"We believe that the current mix of policies is essentially unsustainable," Maxim Rybnikov, director sovereign ratings for the EMEA region at S&P Global Ratings, said in a webcast.

The rapid market meltdown has outstripped Turkey's 2018 currency crisis, which sparked a deep but brief recession.

The lira has also plunged 51% against the euro and 54% against sterling this year, while the country's 10-year benchmark yield has almost doubled to 22.5%.

Longer-dated dollar-denominated sovereign bonds were down as much as 2 cents on Friday, according to Tradeweb. Spreads over U.S. Treasuries widened to 590 basis points on the JPMorgan EMBI index.

The bank signalled it would pause the easing cycle to monitor its effects in the next three months, when "all aspects of the policy framework will be reassessed in order to create a foundation for a sustainable price stability", it said.

"Possibly that means other interest rate channels could be under consideration," Rybnikov said. The central bank has in the past used an interest rate corridor in setting rates.

If the rate-cutting cycle were to continue the possibility of capital controls could be on the rise, Rybnikov added. "This is not our base line...we believe that as a policy measure, they would be used as a measure of last resort."

The central bank has been under pressure from Erdogan to slash rates to boost economic growth, lending and exports under his new economic plan. Economists and opposition lawmakers have widely criticised the policy as reckless.

Though Erdogan has rebuffed pleas even from within his government to reverse course, traders predict it will have to come soon.

JPMorgan predicted a massive 12 percentage point rise in interest rates next year, far more than any of Turkey's peers.