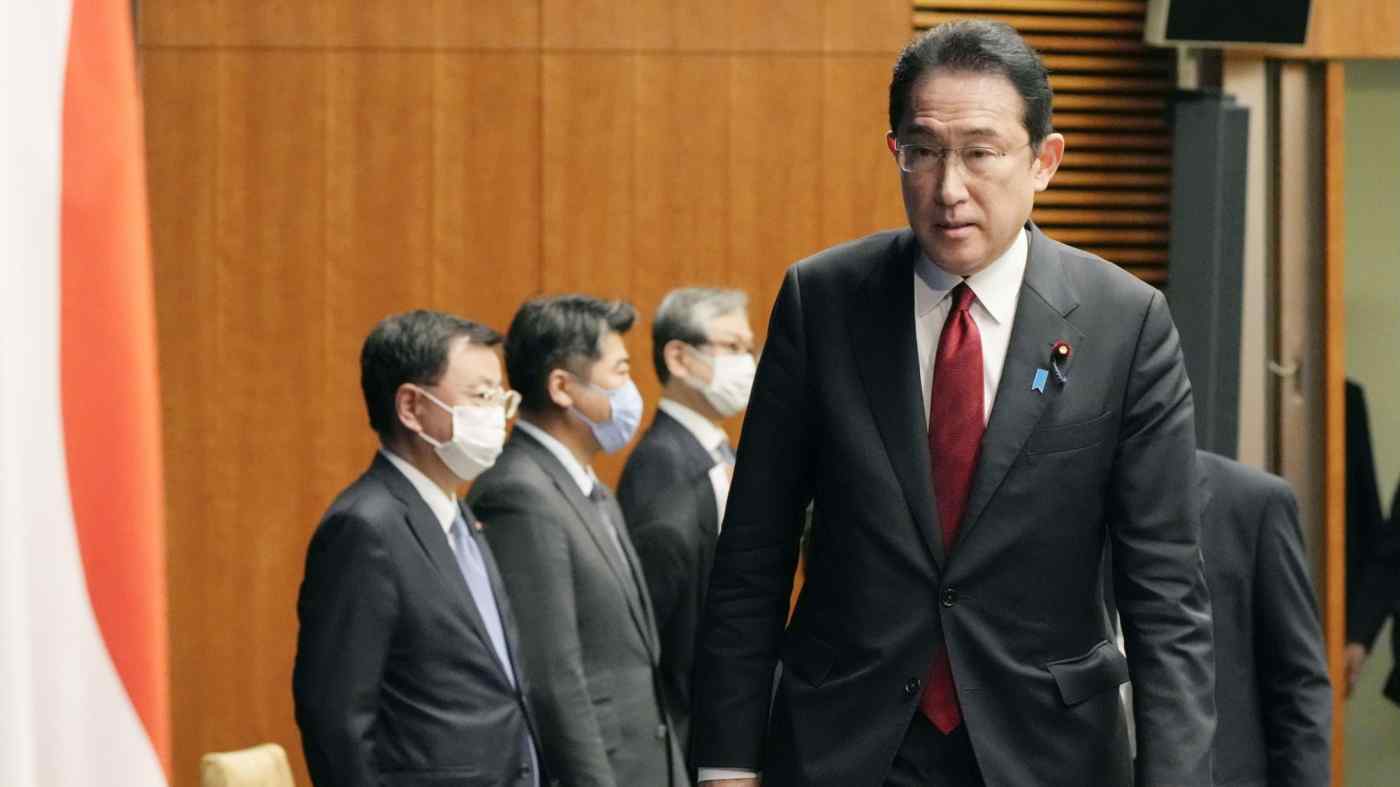 Prime Minister Fumio Kishida has cited steep price increases for imports as a main cause of accelerating inflation while noting that "exchange rates have had an impact."   © Kyodo
KENICHI ONOZAWA, Nikkei staff writerApril 19, 2022 03:08 JST | Japan
CopyCopied

Rising prices for food and other necessities have hit consumers as this summer's upper house parliamentary election nears. A weak yen amplifies the problem by making imports costlier, and the Japanese currency slumped to a new 20-year low against the dollar on Monday. Inflation is expected to exceed 2% this month and looks set to accelerate further amid the recent commodities rally.