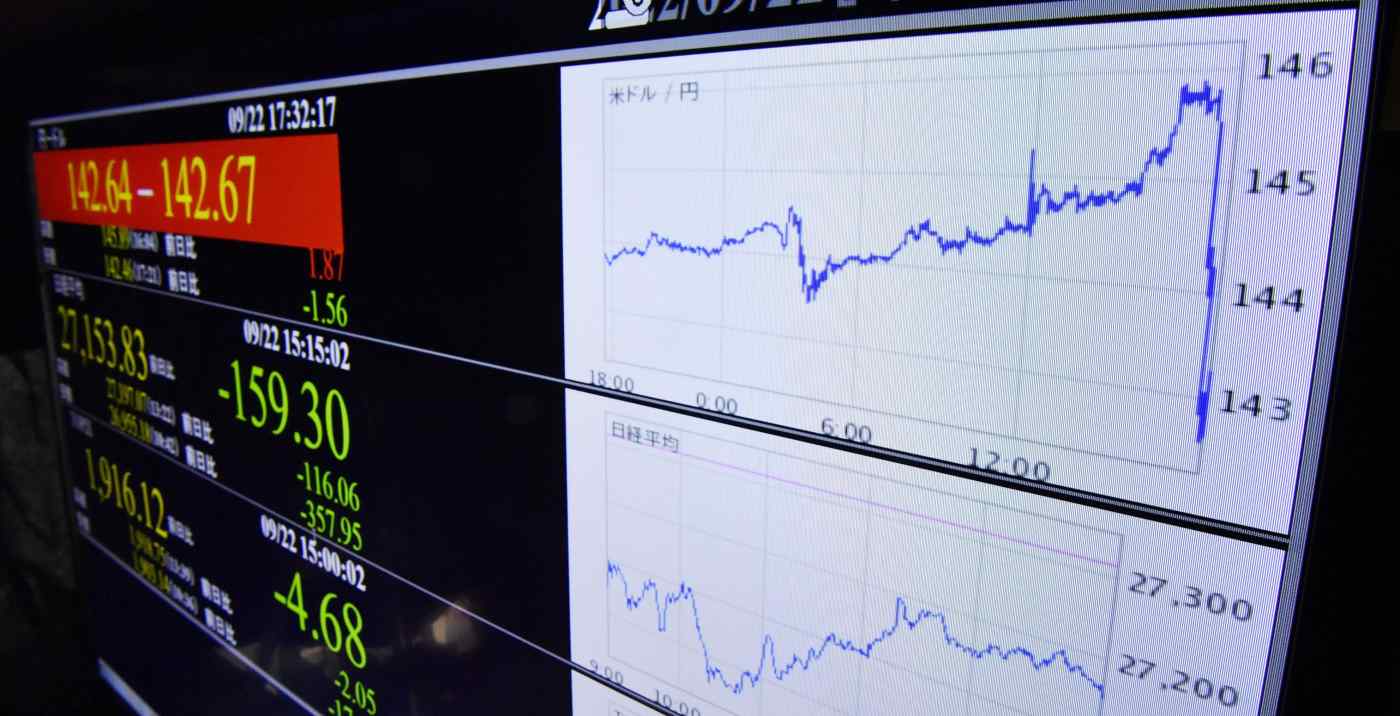 TOKYO -- Japan's first direct yen-buying intervention in 24 years sent the currency rebounding Thursday from its slump beyond 145 to the dollar, but many market watchers are questioning whether even this last resort will have a real impact on its trajectory.

After the Bank of Japan's decision to keep its monetary policy unchanged, the yen tumbled during Gov. Haruhiko Kuroda's news conference, only to abruptly reverse course. At 5 p.m. local time, when the yen was trading 145.7 against the dollar and everyone was waiting for a plunge beyond the 146 mark, the currency suddenly jumped by more than 1 yen, ultimately climbing back past 141.