Yen falls to 129 per dollar as BOJ warning remains powerless 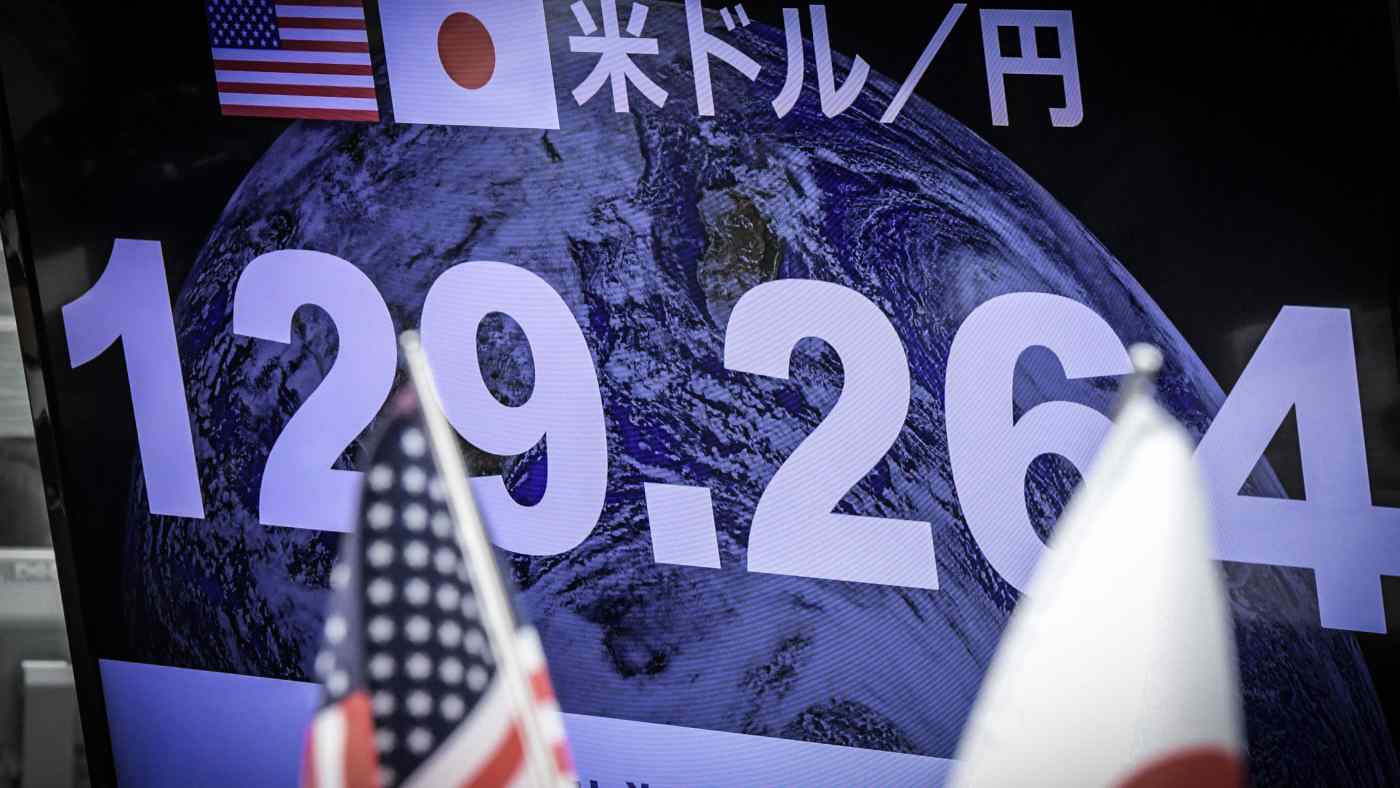 TOKYO -- The yen weakened past 129 against the U.S. dollar during early morning trading Wednesday as a warning from the Japanese central bank governor did little to sway the market, highlighting the challenge he faces in maintaining easy money policy.

The yen fell past 128 against the dollar during afternoon trading in Tokyo on Tuesday, the lowest level since May 2002. The Japanese currency continued its slide in offshore trading to breach the 129 line, falling more than 2 yen in one day.

The sell-off gained momentum despite pushback by Finance Minister Shunichi Suzuki earlier in the morning.

"We are monitoring the situation with a sense of urgency," Suzuki told reporters following a cabinet meeting.

BOJ Gov. Haruhiko Kuroda also weighed in, telling Japanese lawmakers on Monday that the sharp depreciation of the yen will have a "negative effect." But their verbal interventions were not enough to halt the currency's descent.

A crisis at Libya's largest oil field was the immediate catalyst. The country's state-owned petroleum company declared force majeure on deliveries from its Sharara oil field after demonstrators demanding the resignation of Prime Minister Abdul Hamid Dbeibah took over the site.

This pushed up prices on U.S. crude oil futures to over $109 a barrel on Monday, a 3% gain from the end of last week's trading and the highest reading in three weeks.

As fears of inflation took hold, long-term U.S. yields rose past 2.9% on Tuesday, touching a high not seen in 40 months. The U.S. Federal Reserve is widely expected to raise policy rates by 50 basis points in the next Federal Open Market Committee on May 4 to tamp down inflationary pressures.

The decision by the Fed would be coupled by a tapering of asset balance sheet, a tightening beyond what the market anticipated, setting the stage for interest rates to spike.

But the BOJ has signaled it will stick to its ultraloose monetary policy, reasoning that Japan's inflation is a temporary phenomenon caused by soaring import prices.

As a result, U.S. yields have advanced by 1.3 points in the year to date while Germany's yields rose by 1 point. Japanese yields, however, only inched up 18 basis points during the same period.

The gap between Japanese and U.S. long-term yields has widened to a point last seen in April 2019, encouraging the yen's sell-off.

In Japan's bond market on Tuesday, the yield on newly issued 10-year Japanese government bonds climbed a single basis point to 0.25%, reaching the upper end of the yield targets set by the BOJ.

When yields hit the upper limit last month, the BOJ carried out an unlimited bond purchasing operation on the open market. Many market participants expect the BOJ to resort to the same market operation.

But after March's purchasing operation, the yen continued to weaken sharply. A repeat of the operation here may spur a speculative yen sell-off.

The yen has sunk against the greenback for 12 consecutive sessions, the longest streak since 2005, according to comparable records from the QUICK database.

Notably, the yen's depreciation tends to pick up pace during Tokyo hours. BOJ data show that this month the Japanese currency slipped by 3.97 yen between 9 a.m. and 5 p.m. in the Tokyo market, but only by 2.35 yen during offshore trading hours.

"Those who actually need dollars are buying the greenback," said a currency dealer for a Japanese bank. "They are rushing to buy the dollar after seeing the yen's rapid decline."

The dollar is being bought because of the widening trade deficit, which in turn is squeezing the value of the yen during Tokyo trading hours. Some believe that speculators based in Singapore and elsewhere are taking advantage of the activities by non-speculators by dumping the yen.

"Even if Japan intervene in the currency market by propping up the yen, the widening trade deficit will remain unchanged, and there is no guarantee that the action will halt" the depreciation," said Osamu Takashima, chief currency strategist at Citigroup. "As long as U.S. yields continue to rise, the yen will weaken against the dollar."