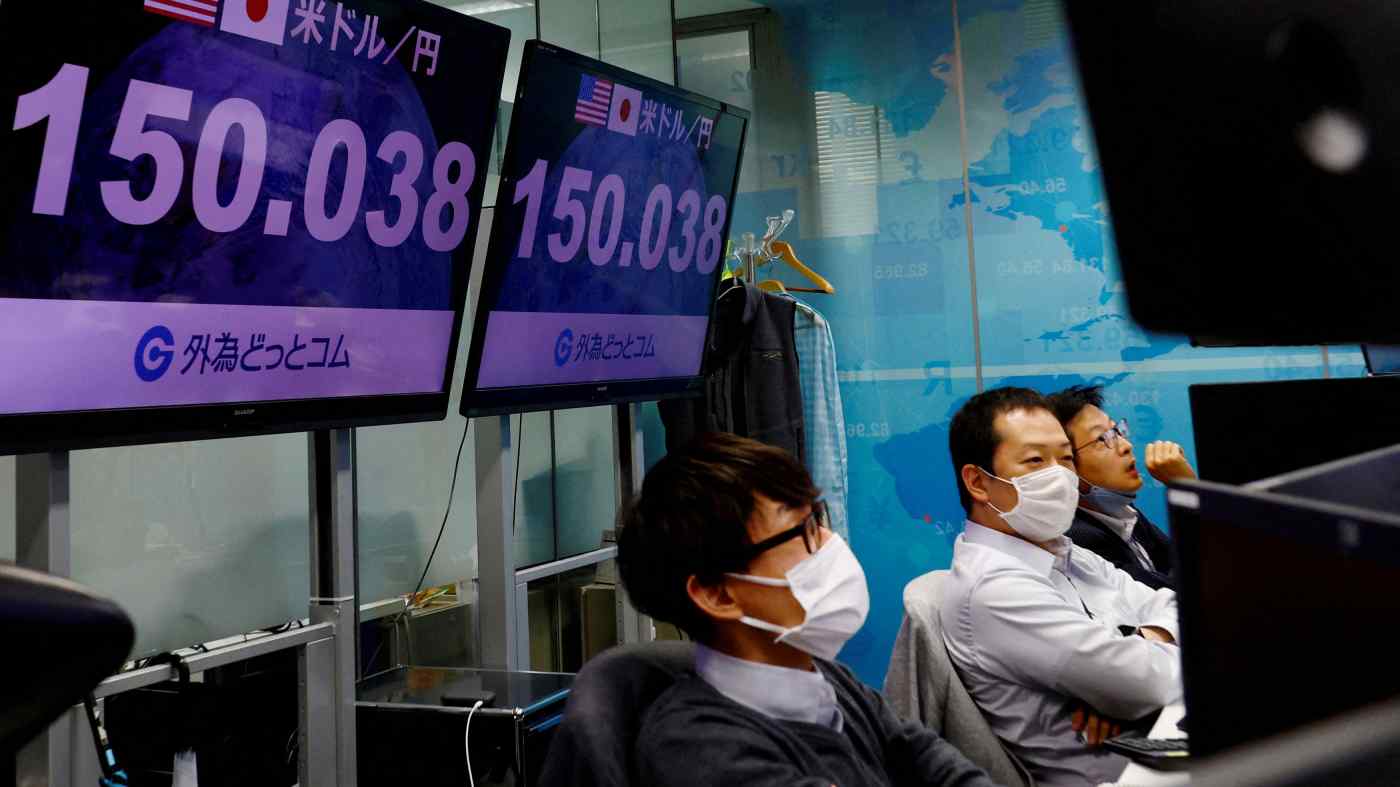 TOKYO -- The yen's rapid slide against the U.S. dollar threatens to further squeeze the Japanese economy, driving up the cost of imported food and energy while raising the risk of labor and capital fleeing for more lucrative destinations.

The currency sank past 150 to the dollar to a new 32-year low on Thursday without a specific catalyst. The sell-off was driven by demand for dollars among importers, as well as speculators exploiting the widening Japan-U.S. interest rate gap.