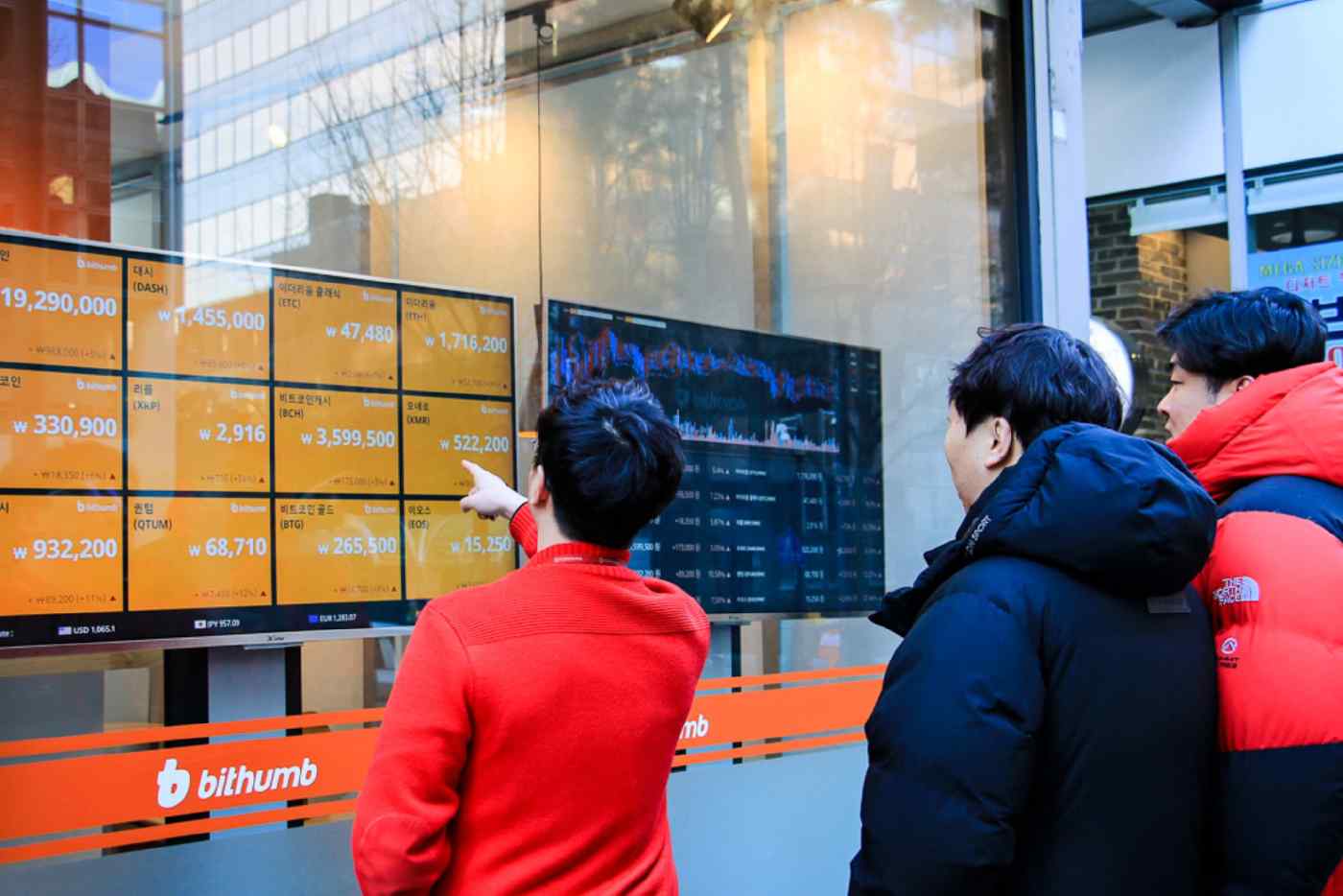 SEOUL -- South Korea's plans to shutter cryptocurrency exchanges on concerns over speculative bubbles have sparked an outcry among younger investors who see virtual currency as a fast-track path to wealth.

The statement followed tighter virtual currency controls announced last month, including a ban on opening anonymous accounts. A shutdown of exchanges was being considered, the government had said at the time.

Thursday also brought news that South Korean tax regulators was investigating major exchange Bithumb. The probe signaled to cryptocurrency investors that the government was serious about shutting down trades.

More than 110,000 people denounced the trading crackdown in comments on the website of the presidential Blue House, with most of the posts coming from individuals in their 20s and 30s. "Are you destroying the dreams of everyday folks?" one said.

Finance Minister Kim Dong-yeon was forced to clarify Friday that the government has not officially decided to close virtual currency trading platforms. Park's statement reflects a proposal being discussed among other ministries, Kim said.

The resistance by younger adults comes against the backdrop of widening socioeconomic disparities in South Korea. Skyrocketing property values in Seoul's city center make condominiums costing over 1 billion won ($939,000) a common feature of the capital city.

Middle-aged and elderly residents who bought the real estate years ago enjoy ballooning assets, while youth find it increasingly difficult to buy starter homes. If the rich are born with silver spoons in their mouths, too many young people must settle for "dirt spoons," a term that has gained currency in South Korea.

Cryptocurrency exchanges have captured the imagination of many as a means of breaking free from a dirt spoon life, said Kwak Geum-ju, a professor at Seoul National University.

Bitcoin's popularity in the country makes it 20% more valuable in South Korea than in the U.S. But the Blue House is wary of the cryptocurrency bubble popping and causing social turmoil. Furthermore, South Korean virtual currency exchanges are noted for notoriously lax security, and North Korean hackers have breached the systems multiple times.

Yet this younger age group forms part of President Moon Jae-in's political base, leaving the Blue House with the dilemma of backing measures unpopular with its supporters.