Public and private researchers warn of risk of a double dip 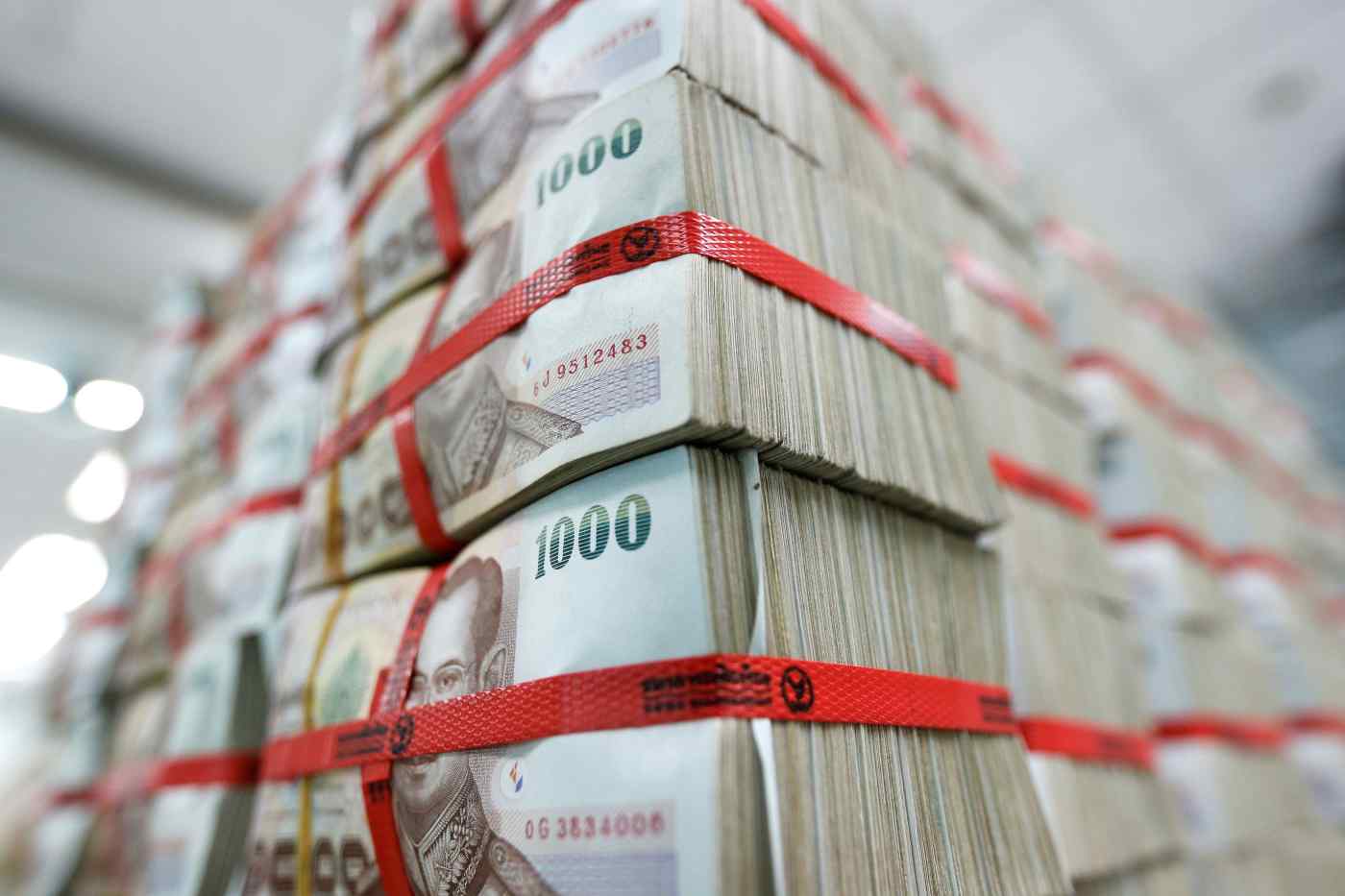 The depreciation of the Thai baht is sharper than those of regional peers such as the Malaysian ringgit and the Philippine peso.   © Reuters
MASAYUKI YUDA, Nikkei staff writerJuly 30, 2021 16:11 JST | Thailand
CopyCopied

BANGKOK -- The Thai baht has plunged to a 15-month low against the dollar in the foreign exchange market as the delta-strain epidemic dims hopes among investors for an early recovery of the country’s tourism and economy.

This week, the baht depreciated to 32.9 per dollar, a 10% drop from the recent high in December 2020. It is rapidly approaching the level of 33.2 per dollar recorded in April 2020. Elsewhere in Southeast Asia, the Malaysian ringgit and Philippine peso are also on the decline. But the baht's depreciation is sharper than those of its regional peers.

Skyrocketing daily cases of the delta variant have made investors full of doubt over an early recovery of Southeast Asia’s second-largest economy, said a sales trader from an international commercial bank in Bangkok. Thailand reported 17,669 new COVID-19 cases and 165 fatalities on Thursday -- both daily records.

Tourism is vital to salvaging the economy, as it and related businesses used to account for 20% of Thailand’s gross domestic product. The government aims to fully reopen the country for vaccinated international tourists as early as October. As preliminary steps to the full reopening, the country has started accepting inoculated visitors on the islands of Phuket and Samui.

An anticipated increase in tourist spending through a wider reopening would have been a factor in an appreciation of the baht, but that expectation is on the verge of being shattered. The tourism industry fears the delta epidemic might keep foreigners away from the kingdom if the situation remains as severe as it is now. Thailand has started accepting inoculated visitors as an experiment on the island of Phuket and also on Samui to salvage the economy.   © Reuters

Domestic consumer spending is subdued as well. Prime Minister Prayuth Chan-ocha’s government has resorted to business lockdowns and nighttime curfews in the provinces most affected by the epidemic, leading restaurants and shops of many kinds to close temporarily or permanently. People in the private and public sectors are being asked to work from home as much as possible, limiting their opportunities to spend outside.

Researchers see warning signs that the Thai economy could perform as badly as last year. Chayavadee Chai-anan, senior director at the Bank of Thailand Macroeconomic Department, estimates the delta epidemic would push down the GDP by 0.8 percentage points if Thailand could contain it well enough to ease the lockdowns in mid-August -- but if the situation stays bad through the end of the year, GDP growth would fall by 2 percentage points.

In a monetary policy statement in late June, the central bank revised down its growth forecast for 2021 from 3.0% to 1.8%. Chayavadee’s estimate suggests that without swift containment of the situation or proper policy responses, Thailand could fall into a double dip.

The economy shrank 6.1% in 2020. The last time the country recorded a double dip was during the 1997 Asian financial crisis.

"A new wave of the pandemic tends to be longer and affect a wider area than the previous," Chayavadee said. "The central bank and the government must do their best in terms of both monetary and fiscal policy, as each measure has limitations," she added.

In a survey conducted by Bloomberg, a weighted average of 36 economists’ growth forecasts came out to 1.8% for 2021. Some suggested a second straight annual contraction.

If not excessive, a depreciation of the baht would be a supporting factor for exporters. In June, exports surged by 43.8% compared to the same month in the previous year, the fastest rise in 11 years. Outbound shipments of vehicles and automotive parts jumped 78.5% year-on-year, while those of computers and parts rose 21.6%.

"Strong exports have gradually widened Thailand’s trade surplus, which normally is a factor for a baht appreciation," said the trader, "but participants of the currency market weight more heavily the impact of the delta variant, as it is more uncertain and worrisome."