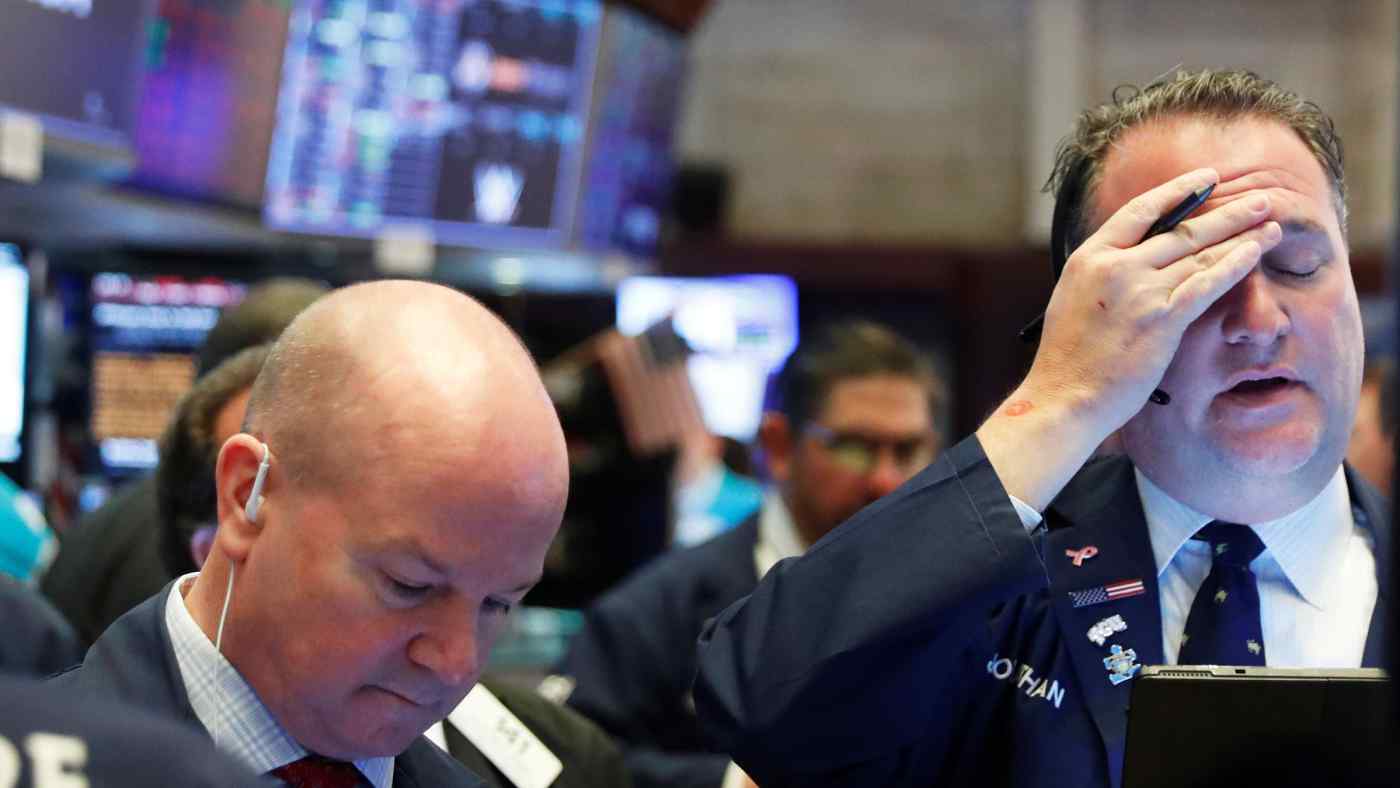 NEW YORK -- U.S. stocks on Wednesday more than erased the previous day's rebound as investors priced in new, drastic actions, such as the closure of the U.S.-Canada border.

A 7% decline in the broader S&P 500 tripped the stock market's circuit breaker during the session, halting trading for the fourth time this month. The index fell 5% for the day, while the Dow Jones Industrial Average sunk below 20,000 to close at 19,902.

Bond investor Jeffrey Gundlach, CEO of DoubleLine, summed up the volatile day in a tweet.

Prominent hedge fund manager Bill Ackman called on U.S. President Donald Trump "to shut down the country for the next 30 days and close the borders" to fight the coronavirus pandemic.

"Tell all Americans that you are putting us on an extended Spring Break at home with family," Ackman said in a tweet. "Keep only essential services open. The government pays wages until we reopen."

"Stock prices have now slid back to where they were when Trump took office," Toshima said in a Twitter post.

The slump came as U.S. oil futures sank as low as $22 per barrel. Crude has been particularly sensitive to the coronavirus pandemic, owing to fears that a sharp drop-off in economic activity will deal a heavy blow to the transport sector, which accounts for 40% of global oil demand.

Markets had priced in weaker demand since early this year, but the sell-off has far exceeded initial expectations.

Concerns about the global economy also appeared to drive the stock market lower, with the International Labor Organization warning that nearly 25 million jobs could be lost worldwide unless governments take fast, coordinated action.

The plunge comes despite the Trump administration on Tuesday announcing a stimulus package amounting to $1 trillion. The government hopes to allay fears of an economic downturn in the short term, but stimulating demand is likely to have little impact unless the virus outbreak can be brought under control.

U.S. Treasury Secretary Steven Mnuchin warned lawmakers on Tuesday that U.S. unemployment could reach 20% without aggressive stimulus. The jobless rate now stands at a 50-year low of 3.5%. Even during the aftermath of the 2008 global financial crisis, it rose only to 10%.

The $1 trillion package would be larger than the $700 billion in emergency measures implemented in response to the 2008 crisis by then-President George W. Bush and the $780 billion stimulus that followed under the administration of Barack Obama.