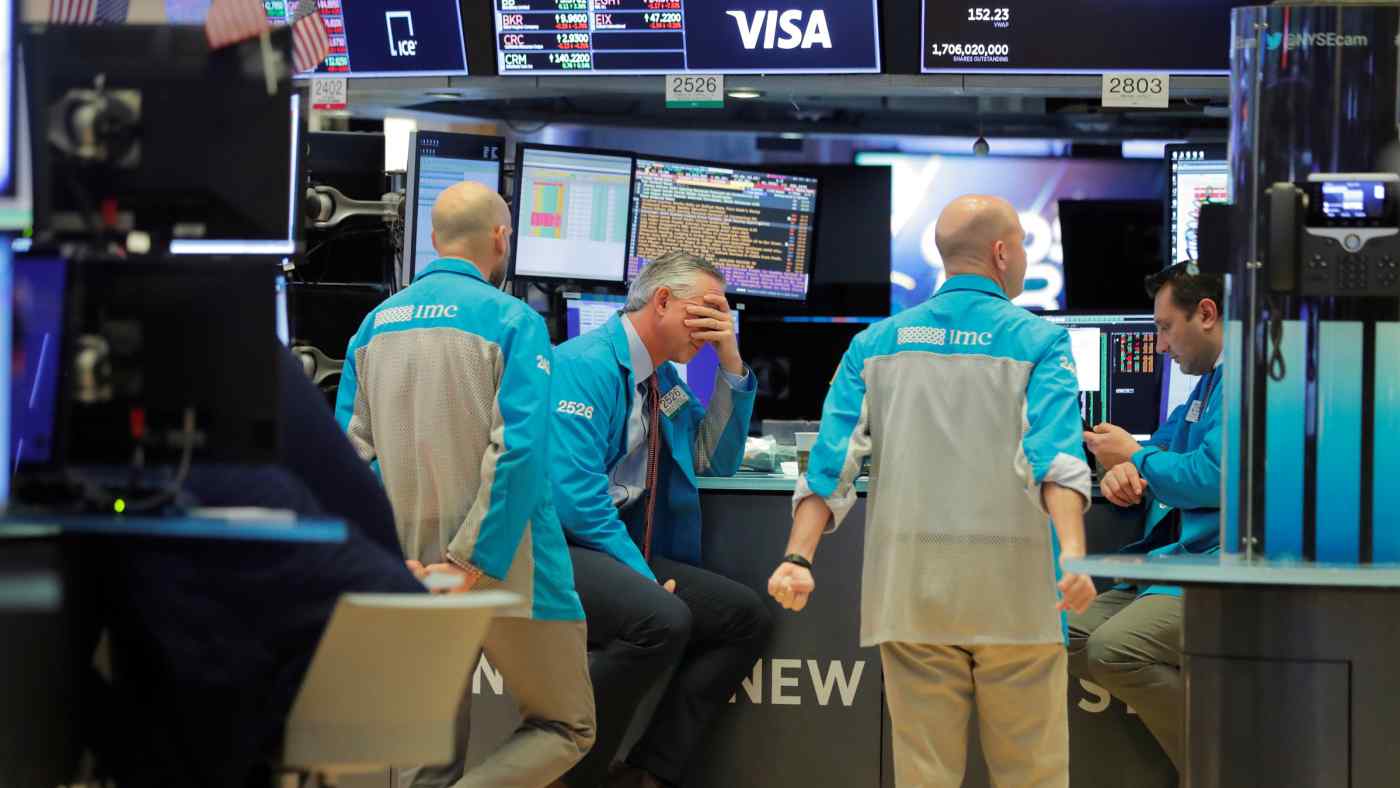 Friday's close for the Dow is below where it closed on the day of Trump's January 2017 inauguration -- 19,827. That erases the stock market rally the president has prided his administration on ahead of his reelection bid.

Stock indexes opened higher but quickly retreated after New York Gov. Andrew Cuomo ordered workers to stay home to contain the spread of coronavirus. The slide accelerated after the Trump administration said U.S. borders with Mexico will be closed to nonessential travel.

The U.S. and Mexican governments announced Friday that they will restrict nonessential travel across their shared border, two days after Trump said he would do the same with the Canadian border. The measure, which takes effect Saturday, will impact recreational travel and tourism, but will not apply to the trade of goods. The U.S. and Canada will also close their border to nonessential travel on Saturday.

Measures to curb the spread of the virus have sparked a wave of furloughs and layoffs, and an ensuing surge in unemployment insurance claims. State-level data shows claims ballooning more than 20-fold in Ohio and Minnesota from the previous week, and big cities in New York and California are expected to see spikes in unemployment as well.

Data released by the U.S. Department of Labor Thursday shows that initial claims of unemployment in the U.S. surged more than 30% last week to 281,000, the highest level since Sept. 2, 2017. Over 37 million U.S. jobs may be vulnerable to potential layoffs in the short term, according to the Job Quality Index team, a consortium of researchers from institutions including the Coalition for a Prosperous America.

The Trump administration is in talks with Congress on a fiscal stimulus package, which could top $1 trillion and entail direct checks to U.S. taxpayers.

Senate Majority Leader Mitch McConnell told reporters Friday that he had instructed those working on the negotiations to reach an agreement before midnight.

In New York, Cuomo told all workers in nonessential jobs to stay home effective Sunday night, with fines for businesses that violate the order.

Cuomo acknowledged the move "will cause disruption." Bars, restaurants and entertainment venues like Broadway theaters are already feeling the impact of earlier closures and other business restrictions.

Supermarkets and banks are among the businesses excluded from Friday's order.

New York state is home to around 19 million people, about 9.5 million of whom are employed. California issued a statewide stay-at-home order Thursday in effort to halt a widening coronavirus outbreak there.

The number of confirmed cases in the East Coast state surged to 7,102 from 950 on Monday. More than 5,000 of those cases are in New York City. Cuomo said the state is testing more people per capita than China and South Korea as it races to mitigate the outbreak.