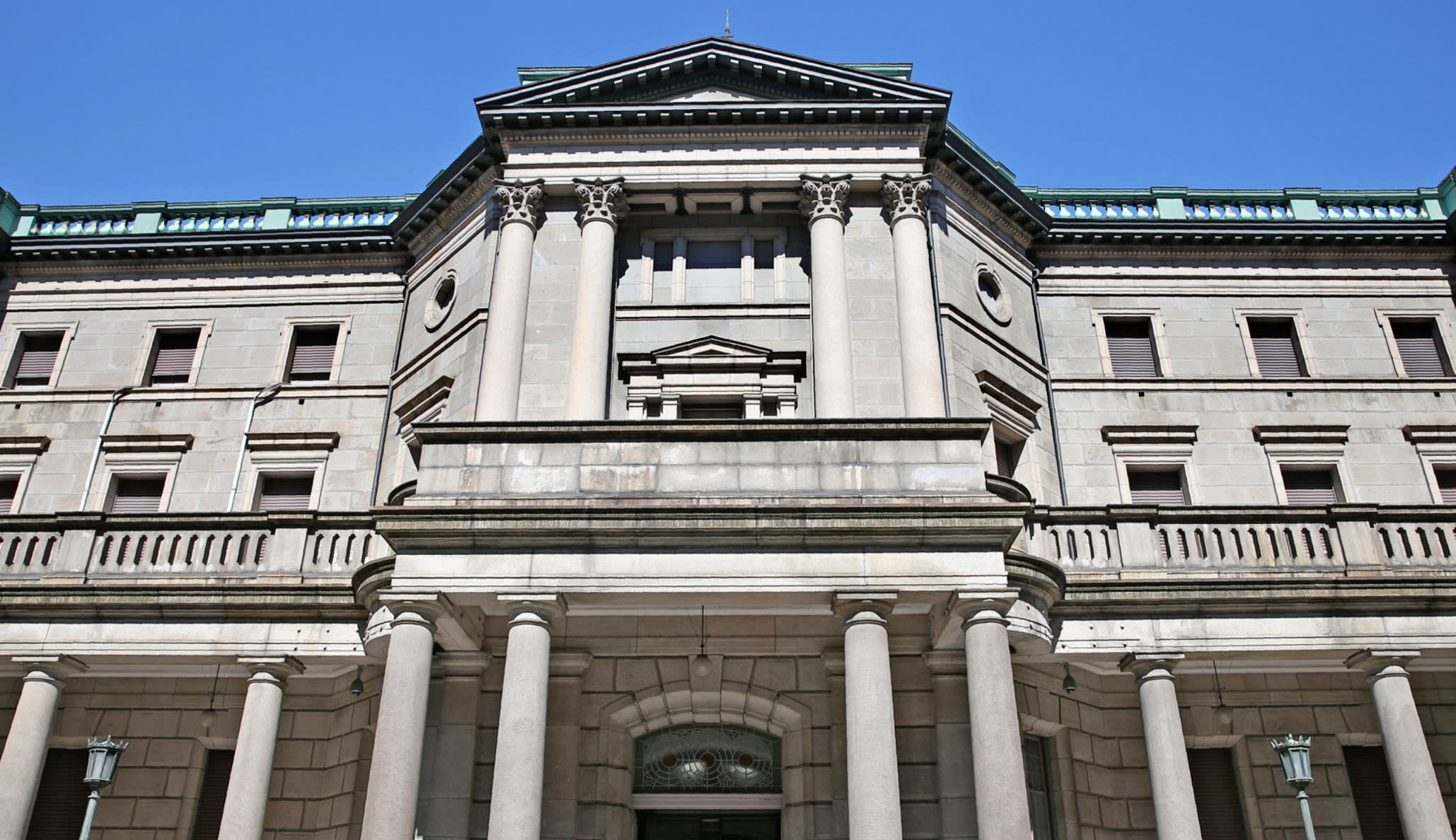 The Bank of Japan, headquarters above, has become a major support for Tokyo Stock Exchange equities. (Photo by Kaisuke Ota)

TOKYO -- The Bank of Japan has surpassed overseas investors to become the largest net buyer of Japanese stocks since the launch of Abenomics in late 2012, suggesting the market's heavy dependence on the central bank.

Foreigners bought about 12 trillion yen ($111 billion at current rates) more in Japanese stocks than they sold between November 2012 and the end of March 2018, according to Tokyo Stock Exchange operator Japan Exchange Group. The BOJ purchased about 18 trillion yen in exchange-traded funds over this period, central bank data shows.

The stock market rally under Abenomics, the signature economic program of Prime Minister Shinzo Abe, was initially driven by bullish overseas investors. But they began pulling back in mid-2015, with net stock purchases since November 2012 peaking at more than 20 trillion yen that May. Net sales by foreign investors came to 625.5 billion yen last fiscal year.

Japanese stocks look like a relative bargain, said Emmanuel Bourdeix, CEO of Seeyond, part of the Natixis group, based in France. But fears of a global economic slowdown and uncertainty about the pace of U.S. interest rate hikes have spurred a sharp drop in overall stock weightings, he said.

Japan's stock market is heavy on exporters, which tend to be sensitive to global economic conditions. Concern that the yen's continued strength against the dollar will weigh on previously strong corporate earnings has fueled the outflow of foreign capital. And recent scandals have shaken the faith in the stability of Abe's government that had underpinned the Abenomics rally, prompting hedge funds to turn instead to emerging markets and elsewhere. The BOJ, which buys exchange-traded funds as part of its campaign to lift inflation to 2%, is filling the void. Its annual purchases have risen gradually from 1 trillion yen in 2013, just after the start of its massive monetary easing program, to a record 6.17 trillion yen in fiscal 2017. The central bank's ETF holdings stood at an estimated 24 trillion yen at fiscal year-end based on current market value -- nearly 4% of the total market capitalization of Japanese stocks.

Since the BOJ tends to buy on dips, it is unlikely to do much to drive share prices higher. Rekindled interest among foreign investors, who account for the majority of trading, will be needed to bring back real upward momentum.

BOJ Gov. Haruhiko Kuroda has stressed that the ETF purchases have played a major role in bolstering the economy and inflation. But the stock market's growing reliance on central bank activity has some analysts worried about pricing distortions.