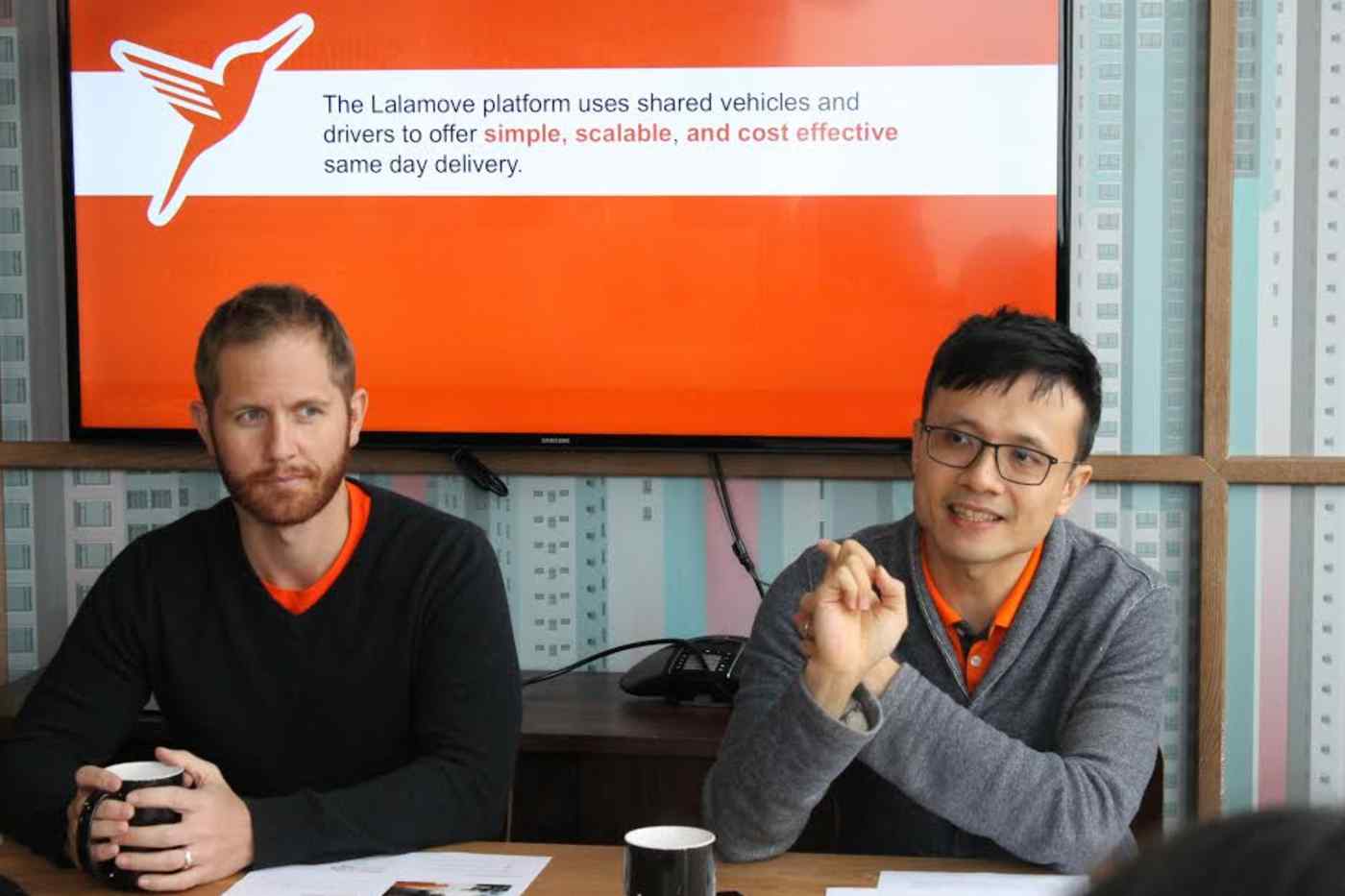 HONG KONG -- Hong Kong-based Lalamove has introduced a new motorbike service in the territory as the delivery startup plays catch-up with rivals ahead of a proposed initial public offering in the next two years.

Dubbed "Uber for logistics," Lalamove is a mobile application that connects users and van drivers to provide on-demand delivery service in Asia. Founded as EasyVan in 2013, the company is looking to float on the main board of the Hong Kong stock exchange.

"We see the next two years as a possible target although much will depend on our business this year," said Chow Shing-yuk, Lalamove's founder and chief executive on Thursday. "We aim to be the largest logistics platform in Asia."

Despite his ambitions, Chow says the company remains an "underdog" amid fierce competition in its home market. Four months ago, it rolled out a 24-hour delivery service with the use of motorbikes to catch up with local rivals like GoGoVan, which has a dominant market share. Lalamove also promises a shorter match time -- a driver will respond in an average of 15 seconds and have the goods delivered to customers' doorsteps in 46 minutes.

With a presence in Bangkok, Manila, Singapore, Taipei and 40 Chinese cities, Lalamove aims to double its footprint to 100 cities in the region by the end of 2017. It hopes to operate in all first- and second-tier cities and a few "economically viable" third-tier cities in mainland China, and across all major hubs in Southeast Asia.

Lalamove's accelerated expansion comes after it completed a $30-million series B financing round led by Xianghe Capital, a Beijing venture capital company founded by a former Baidu executive. Other participating investors included Blackhole Capital, MindWorks Ventures and Crystal Stream. This investment round was the largest of Lalamove's four rounds of financing, bringing its total funding to a combined $60 million.

"We are investing in the enormous market -- China's logistics sector accounts for some 15% of the country's GDP," said David Chang, founding partner of Hong Kong-based MindWorks Ventures.

But like most of its peers, however, Lalamove is yet to turn a profit. It reported a revenue of $100 million last year. "We are still running a charity in Hong Kong," said Chow, but added that some of its mainland cities would be close to being profitable by the end of this year.

With 5 million registered users and 500,000 drivers on its network, Lalamove competes with local and regional rivals.

Its biggest rival GoGoVan, a first mover in the industry, has aggressive plans to expand into Southeast Asia in addition to its markets in major Chinese cities as well as Seoul, Taipei and Singapore. The Hong Kong-based startup also received a financial boost from Chinese e-commerce company Alibaba Group Holding, which unveiled last year a $1 billion fund for entrepreneurs in the territory.

While Uber suffered a setback by discontinuing its logistics service UberVan in Hong Kong last August, more players are joining the market. Launched in 2014, Singapore-based Ninja Van already made forays into Malaysia, Indonesia, Thailand and some of Lalamove's potential markets in the region.