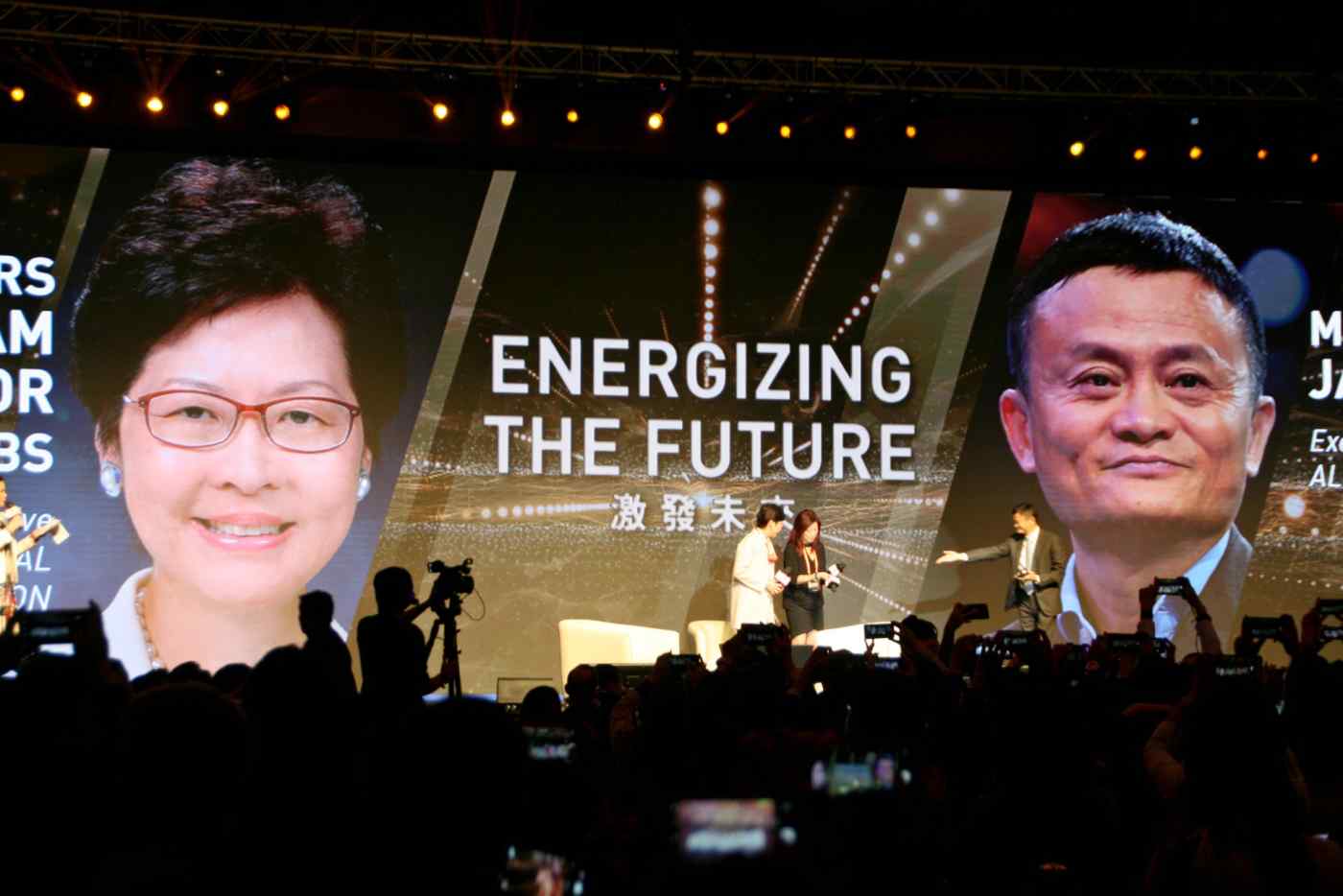 HONG KONG -- The Hong Kong stock exchange is preparing to announce a final plan to accept dual-class stock listings, a way for specific shareholders to have more heavily weighted voting rights than other shareholders. The move is meant to attract listings of founder-controlled Chinese technology companies. An announcement is expected sometime after the Chinese New Year holidays.

Hong Kong Exchanges & Clearing said in December that it plans to introduce "two new chapters to the main board listing rules" to accommodate biotech companies that have yet to turn a profit and companies with weighted-voting rights structures. HKEx also proposed "creating a new concessionary secondary listing route to attract issuers from emerging and innovative sectors" that are currently listed on the New York Stock Exchange, Nasdaq or the London Stock Exchange.

Founders of technology and other startups often hold dual-class stocks, which hold more voting rights than common stocks, to retain authority over management and personnel issues when they accept capital from venture capital companies and other outside sources.

Hong Kong Chief Executive Carrie Lam Cheng Yuet-ngor, who took office in July 2017, has been promoting startups in an effort to energize the local economy and is supportive of listing dual-class stocks.

The Securities and Futures Commission of Hong Kong, which strongly opposed the deregulation under Lam's predecessor, has since changed its stance on the issue. Carlson Tong Ka-shing, chairman of the SFC, said behind the policy shift to allow the listing of dual-class stocks is the question of the market's competitiveness.

The SFC had previously turned down Alibaba's plan to offer shares for trading on the exchange on the basis of equality in shareholders' rights. Alibaba has a "partnership structure," enabling Ma and other founders to appoint a majority of directors on its board. The SFC refused to list Alibaba, citing the partnership structure, which runs counter to Hong Kong's principle of "one share, one vote."

Alibaba then went to the New York Stock Exchange in 2014 because of the NYSE's acceptance of dual-class stocks. The "Alibaba shock" has left deep scars among officials of the Hong Kong market.

The expected policy change in Hong Kong has gained the attention of some big unlisted Chinese tech companies. Xiaomi, a producer and seller of smartphones, is expected to be the first major company with a dual-share structure to debut on the Hong Kong exchange.

Xiaomi has reportedly been in contact with investment banks for a listing in Hong Kong. The company's market capitalization is expected to top $100 billion.

Other candidates for listing include Ant Financial Services Group, an affiliate of Alibaba that operates the Alipay online payment platform. Ma is a major shareholder in Ant Financial.

Chinese tech companies, including Baidu, a major internet search engine, have turned to the NYSE or the Nasdaq Stock Market for listings, noting that high-tech stocks are more welcome in the U.S.

Recently, however, the popularity of such stocks has been palpable in Hong Kong. For example, the stock price of Tencent Holdings, a major Chinese internet service company, soared in 2017. With a market capitalization of more than $500 billion, Tencent is the most valuable company listed on the Hong Kong stock exchange.

But some question the deregulation from the viewpoint of investor protection. Unlike the U.S., which has ample measures, including class-action lawsuits, to protect minority shareholders, Hong Kong lacks a way to prevent founders and other executives from losing control, according to skeptics.

Hong Kong-listed companies can expect to attract investment money from the Chinese mainland through a cross-border investment channel connecting the Shanghai and Shenzhen stock exchanges with Hong Kong.

The reappraisal of the Hong Kong market is swelling on the belief that Chinese investors can better understand the special business models of Chinese companies.

How much the exchange will be affected depends on how the plan can achieve an appropriate balance between the activation of the market and the protection of investors.