TOKYO -- The number of Japanese companies with market capitalizations of more than 1 trillion yen ($9.19 billion) has reached new highs over the past year, as equity investors pour money into everything from software makers to cosmetics companies.

As of Friday, 152 companies had market values of more than 1 trillion yen, 29 more than a year ago. New members of the trillion-yen club include Misumi Group and Yaskawa Electric, which have seen their earnings rise thanks to growing corporate investment in factory automation.

Cosmetics company Pola Orbis Holdings and bathroom fixture maker Toto  have benefited from Japan's recent wave of tourists from abroad, many of whom have become fans of their products. They, too, have market caps in excess of 1 trillion yen.

Such companies make up 4% listings on the Tokyo Stock Exchange. There are nearly twice as many trillion-yen companies now as at the end 1989, when there were 83. The number is well above the peak of 111 reached in June 2007, before the global financial crisis struck. The rise in corporate valuations has accelerated since last October, when a wave of investors jumped into Japanese shares following the convincing win by the pro-business Liberal Democratic Party in the lower house election that month.

Misumi, known as "Amazon for factories," is forecast to see a record net profit for the sixth straight year in fiscal 2017 ending this March. Market cap at the industrial equipment wholesaler topped 1 trillion yen on Jan. 17 for the first time since its listing in 1994. In addition to the newcomers, others have rejoined the trillion-yen club. Oracle Corp. Japan, a unit of the U.S. software maker, reached the 1 trillion yen market cap level in August 2017 for the first time since October 2003 as rising business investment in information technology gave a lift to its cloud computing service.

NSK has rejoined the club after two and a half years. Its bearings are in high demand, driven by a growing market for industrial machinery and auto transmissions with more gears.

Before the global financial crisis, export-reliant automakers and manufacturers of electrical equipment and electronics made up most of the 1 trillion yen companies. Now parts makers and domestically focused companies are joining the club.

But Japanese companies pale in comparison with their overseas counterparts when it comes to market valuation. There are nearly 600 companies worth more than the equivalent of 1 trillion yen on the New York Stock Exchange and the Nasdaq Stock Market, or 14% of all issues. American strength in IT, and its knack for creating new companies, draws investors from around the world. 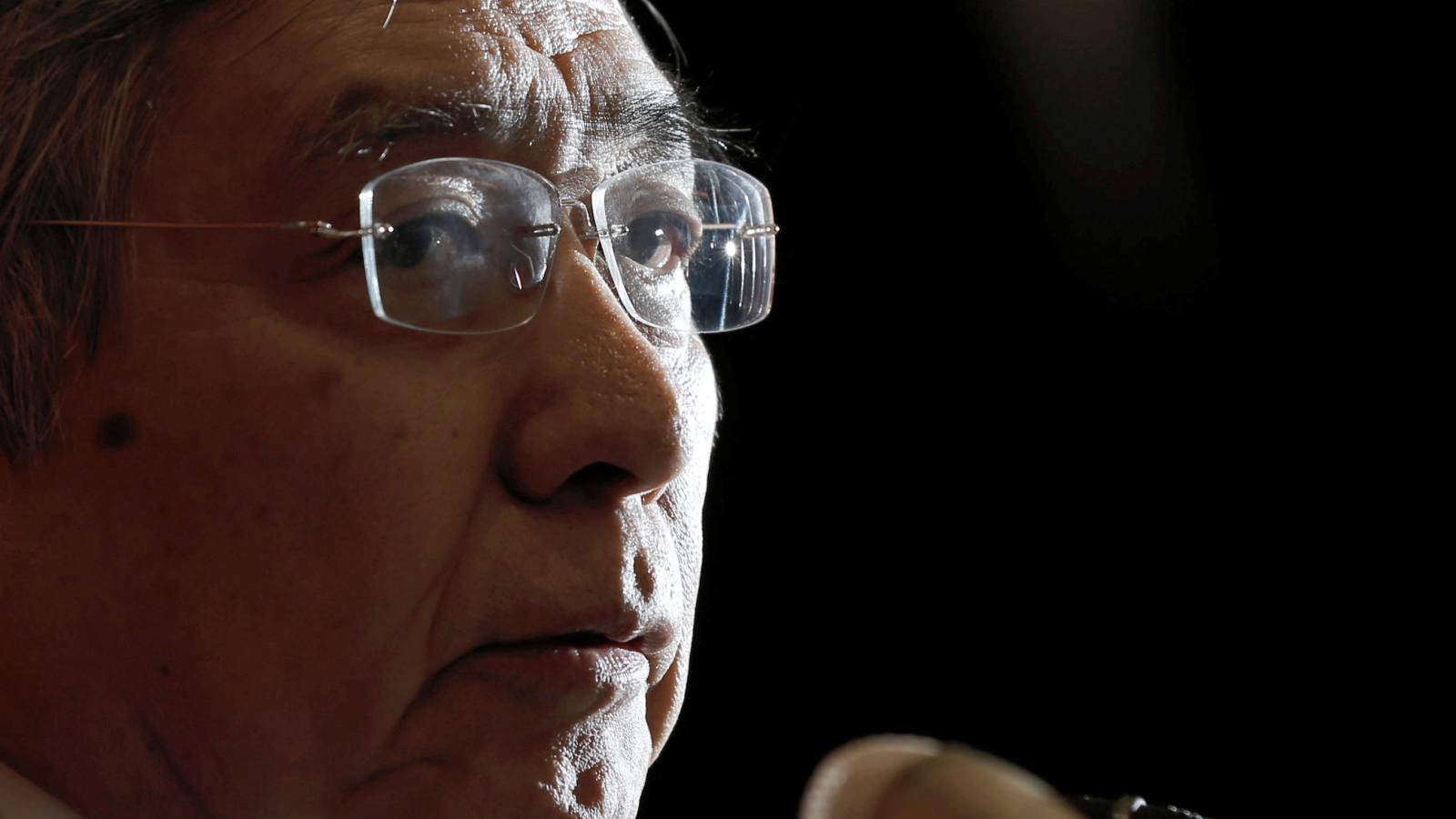 Speculation rife as Kuroda's tenure as BOJ governor winds down

Amazon.com and Google were founded in the 1990s, Facebook in the 2000s. These companies now have market valuations of over 50 trillion yen, more than 10 times those of Hitachi and Panasonic. Few Japanese companies can compete with them in terms of scale or growth.

On China's three stock exchanges, Shanghai, Hong Kong and Shenzhen, the share of companies with market caps equivalent to more than 1 trillion yen is 4%, the same as in Tokyo. That translates to around 230 companies. Tencent Holdings, whose fast-growing smartphone payment system has propelled its growth, is worth more than 10 trillion yen, as are many other Chinese companies.

Japan has fewer companies that are attractive to investors in terms of growth and capital efficiency, said Brent Bates of Invesco, a U.S. asset manager. To change that, they will have to invest more of their large cash reserves on future growth and sharpen their competitive edge.