UK, German and French stocks up on global market shift 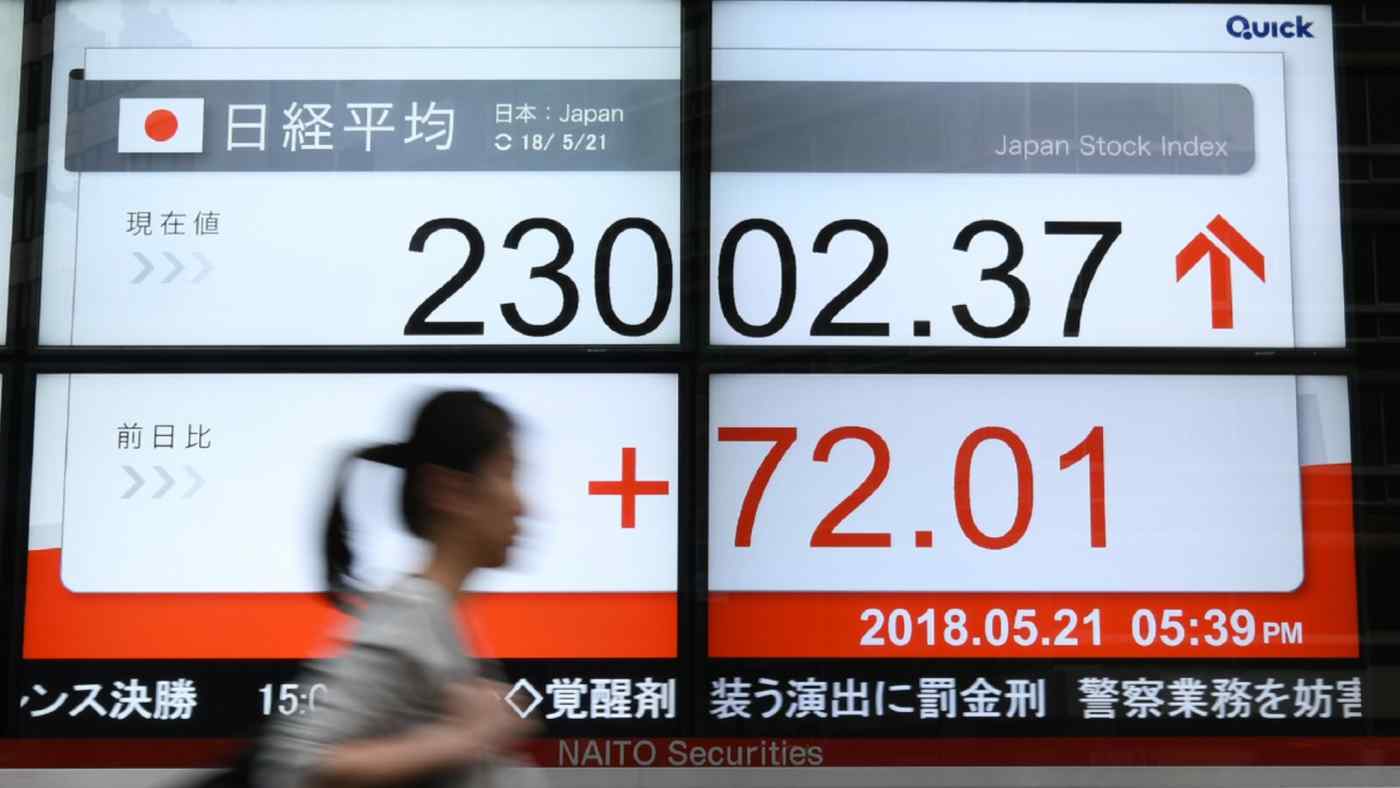 TOKYO -- Japanese stocks are trending higher as money leaving emerging markets pours into richer economies on the back of U.S. monetary tightening.

The Nikkei Stock Average on Monday climbed to 23,002, the highest since Feb. 2, in a third straight session of gains. The index has been on an uptrend for nearly two months since a March 23 trough of 20,617, rising about 12% during the period.

"Sell orders have been less prevalent since April," in the view of one trader at a domestic brokerage.

The global market shift is fueling this rally. As the dollar appreciates on U.S. monetary tightening, funds are rapidly flowing out of emerging markets.

"Money is migrating from emerging to developed markets," said Osamu Takashima at Citigroup. Funds, such as commodity trading advisers, are notable actors behind this trend.

French, German and Japanese stock prices have risen around 7% to 8% since the end of March, while Turkish shares fell about 11% over that period. About $18 billion flowed into equities in developed markets from April through mid-May, says fund flow research firm EPFR.

Rising U.S. interest rates pose risks as well, however. With the administration of President Donald Trump on a big-spending and tax-cutting track, building inflationary pressure could accelerate the climb in interest rates. That would stir more unease in emerging markets, creating ill effects that could ripple out to advanced economies.

High expectations for Japanese corporate profits are also underpinning the stocks here. Profits for Japan's listed companies are projected to contract mildly for the current fiscal year ending March 2019. Nevertheless, about one in four businesses -- primarily those focused on domestic demand -- are expected to reap record profits, suggesting a solid performance overall.

The yen is currently trading around 111 against the dollar, softer than the rate of 105 that many export-oriented companies have assumed. If the currency stays at the current level, many could upgrade their earnings.

The stock rally could "gain momentum through the second half of the year," predicted Nobuyuki Kashiwabara at Asset Management One.