Market cap hits a year-end record on Tokyo's big board 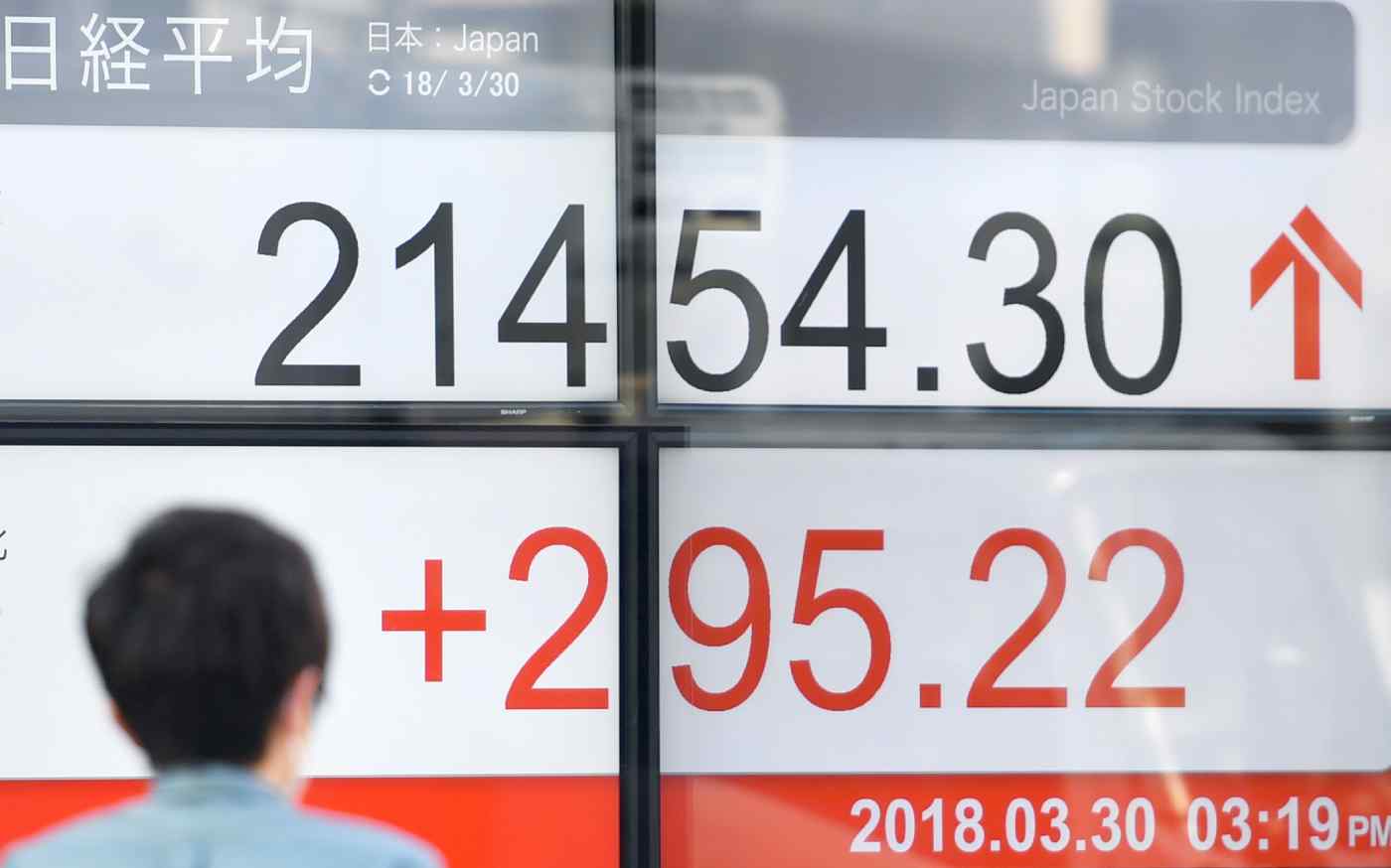 Market cap for the Tokyo Stock Exchange's first section ended the final trading day of fiscal 2017 at 647 trillion yen ($6.09 trillion), 13.8% above the end of fiscal 2016. The Nikkei Stock Average closed up 13.5% on the year at 21,454 yen, its best fiscal year-end close in 27 years. Net profit at publicly traded Japanese companies is expected to hit a record high for a second straight year in fiscal 2017, encouraging investors to buy.

Midsize businesses and startups on the TSE's second section and smaller boards have drawn buyers as well. Software-testing company Shift, listed on the TSE's Mothers market for startups, saw its market cap quintuple over the last year. Other information technology companies enjoyed similar gains, bringing the TSE's total market cap to 673 trillion yen as of Friday.

Yet Japan is not a standout performer in global terms. Worldwide market capitalization stood at $85 trillion as of Thursday, having grown 14.4%, or $11 trillion, over the past year. This growth outpaces the rise in the nation's market cap by a small margin. The tally for the TSE's first section has actually fallen since January.