Stocks fall across Asia as Nikkei index closes down 2.5% 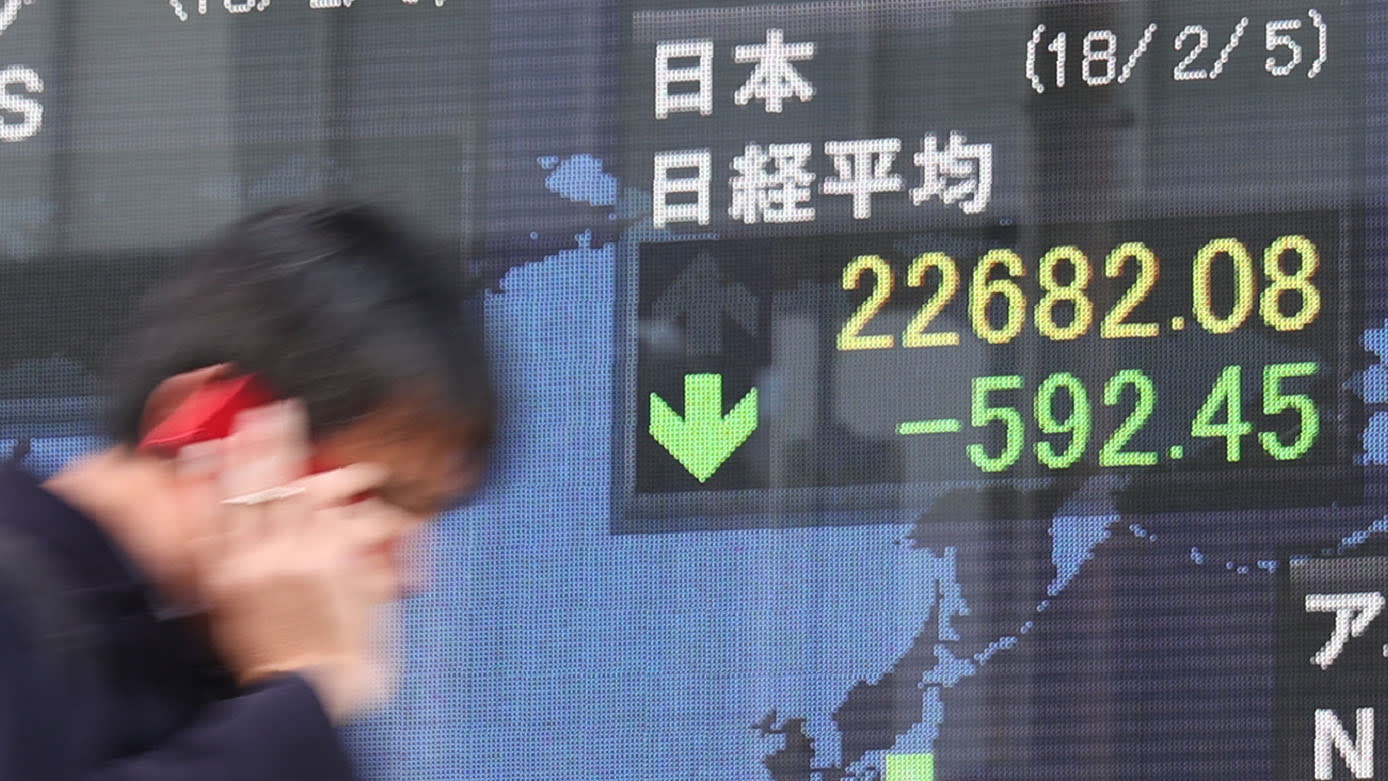 TOKYO -- Major Asian stock markets started the week with steep declines across the board, trailing a sharp Wall Street fall on Friday, which was prompted by soaring long-term interest rates.

In India, the latest major market to open in the region, the Sensex started Monday trading with a 1% decline. Vietnam's VN Index was down 3.2% at one point, the steepest drop for a benchmark in the region.

The Nikkei Asia300 Index of more than 300 regional companies was down by about 1.5%.

Mainland China stocks listed in Hong Kong, known as H-shares, followed. The Hang Seng China Enterprises Index, a group of leading H-shares, lost over 2% in the early morning session. Taiwan's Taiex Index was also down by more than 2%.

Although the Hong Kong and Taiwan indexes regained some ground in afternoon trading, the rebound was limited. The Taiex closed the day at 10,946.25, or 1.6% lower than Friday.

A number of Asian markets -- notably Hong Kong, Taiwan and South Korea -- are set to close for the Lunar New Year, which falls on Feb. 15 this year. Investors' tendency to unload risk assets before a long holiday may have fueled the selling.

South Korea's Kospi closed at 2,491.75, down by 1.3%. Hanmi Science and Kakao both dropped by around 6%, while Hyundai Heavy Industries and Orion Holdings lost over 5%.

The two mainland China bourses -- Shanghai and Shenzhen -- looked less affected, due to limits on the free flow of funds. The Shenzhen Composite's decline was confined to less than 1% in late afternoon trading, while the Shanghai Composite recovered to positive territory. 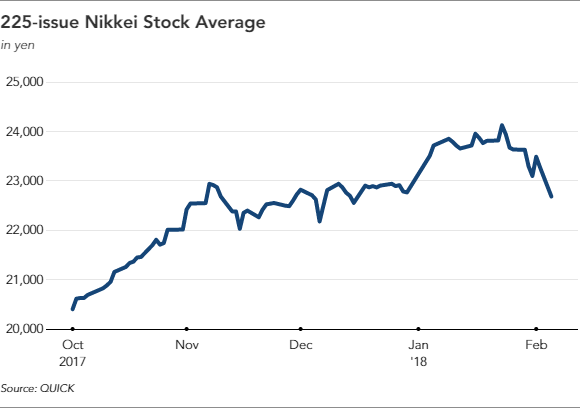 Among Nikkei 225 constituents, electric cable manufacturer Fujikura was the biggest loser. It dropped by 17% as the company cut its earnings outlook for the year ending March. Mitsubishi Electric, Showa Shell Sekiyu, and Sumitomo Metal Mining were other notable losers.

The Nikkei index's 75-day moving average was 22,759 as of Friday, and some market participants see this as the floor for the time being.

"It became intolerable for investors to hold on to their stocks as the U.S. Treasury yield topped 2.7%," said an equity strategist based in Japan.

The Dow Jones Industrial Average plunged 665 points on Friday, the largest decline since Dec. 1, 2008. Employment statistics for January had showed the largest rate of increase in eight years, triggering speculation that the Fed could raise interest rates faster than previously thought due to the tighter labor market.

The yield on the benchmark 10-year Treasury bond at one point climbed to 2.85%, the highest in four years.

Currencies played a relatively minor role in Monday's market turmoil, with the dollar firming only slightly after its weak showing in January.

Elsewhere in Asia, the Philippines' PSEi marked the largest loss, down by 2.4%. Singapore's ST Index and Malaysia's Kuala Lumpur Composite Index were down by about 1%.