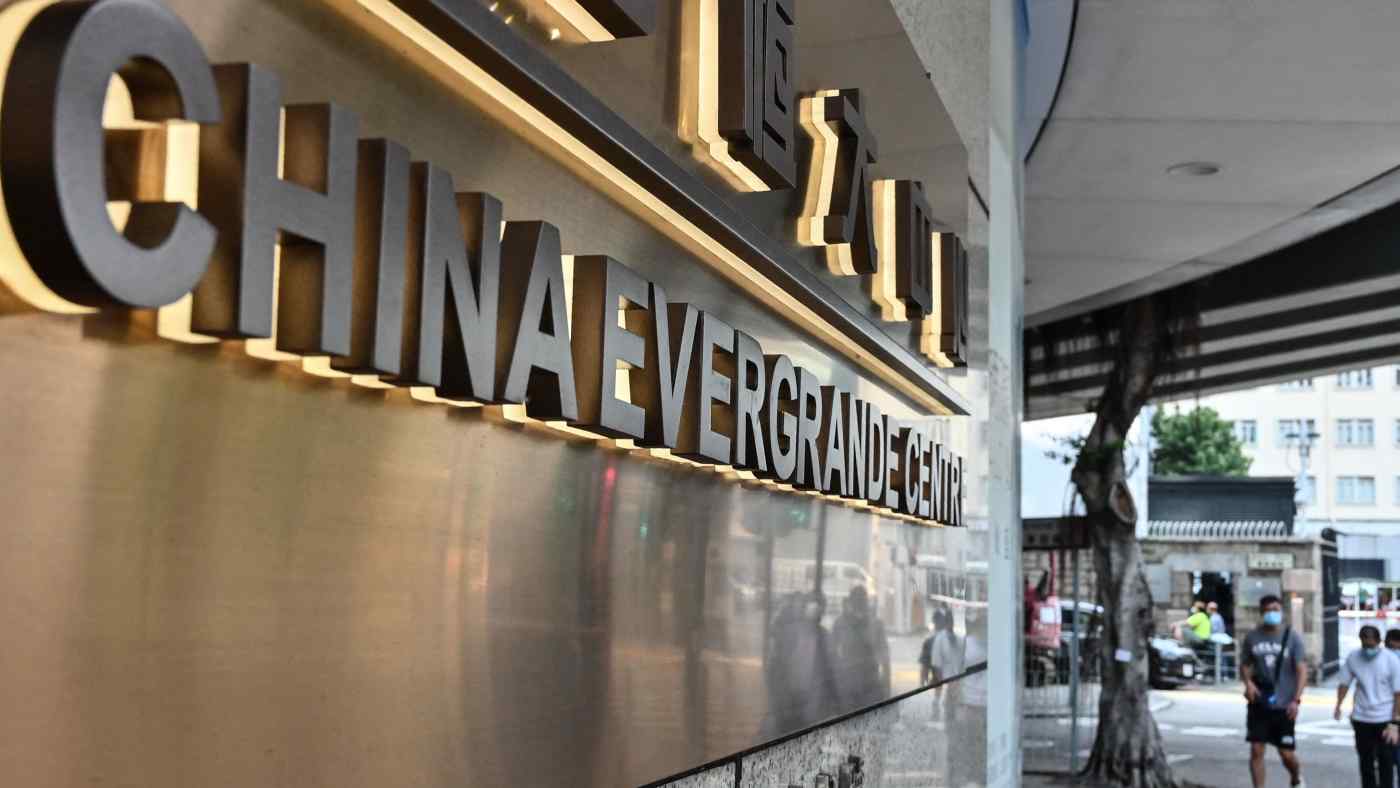 SHANGHAI -- A surprise announcement that troubled property developer China Evergrande will make a key bond payment on time this week helped sooth jittery investors on Wednesday, though analysts warn the company remains in a "precarious" position.

Evergrande's main unit, Hengda Real Estate Group, said in a filing to the Shenzhen exchange on Wednesday that it will pay interest due on a 40 billion yuan ($6.2 billion) bond on time on Thursday.

In response, Evergrande's Frankfurt-listed shares soared over 24% at one point on Wednesday, while the pan-European STOXX 600 index was also slightly higher.

In Asia, the Shanghai SE Composite Index bounced back from early losses to close up 0.4% from its Friday close, while the Shenzhen benchmark ended just 0.57% lower.

Markets in Hong Kong were closed on Wednesday for a holiday.

But, while the repayment announcement helped calm fears of an immediate default, much uncertainty remains. China Evergrande faces 15 bond coupon payments through the end of this year totaling $850 million. Doubts over its ability to meet these and other financial obligations have caused investors to assess the risk of a spillover to the property sector and wider Chinese economy.

Adding to concerns, the company has been silent on a dollar-denominated bond payment also due on Thursday, which went unmentioned in the stock exchange filing.

"While this announcement may ease anxiety over imminent collapse, Evergrande will only make a yuan-denominated interest payment tomorrow," said Mattie Bekink, Shanghai-based China director at Economist Corporate Network. "The fate of its dollar-denominated payments also due Sept. 23 remains uncertain. Evergrande's situation remains precarious and its liquidity crisis continues. Evergrande's distress may continue to cause market disturbances and investors will likely remain wary."

The Taiwan Stock Exchange, which was also shut through Tuesday for a four-day weekend, was more subdued, with the benchmark index closing down just over 2% on Wednesday.

Evergrande on Tuesday urged its staff to help get the company out of this "dark moment" and meet the expectations of homebuyers, investors, business partners and financial institutions.

"With one heart, we could move Mount Tai," Evergrande founder and chairman Xu Jiayin wrote in an internal memo, referring to a mountain worshipped as a symbol of stability.