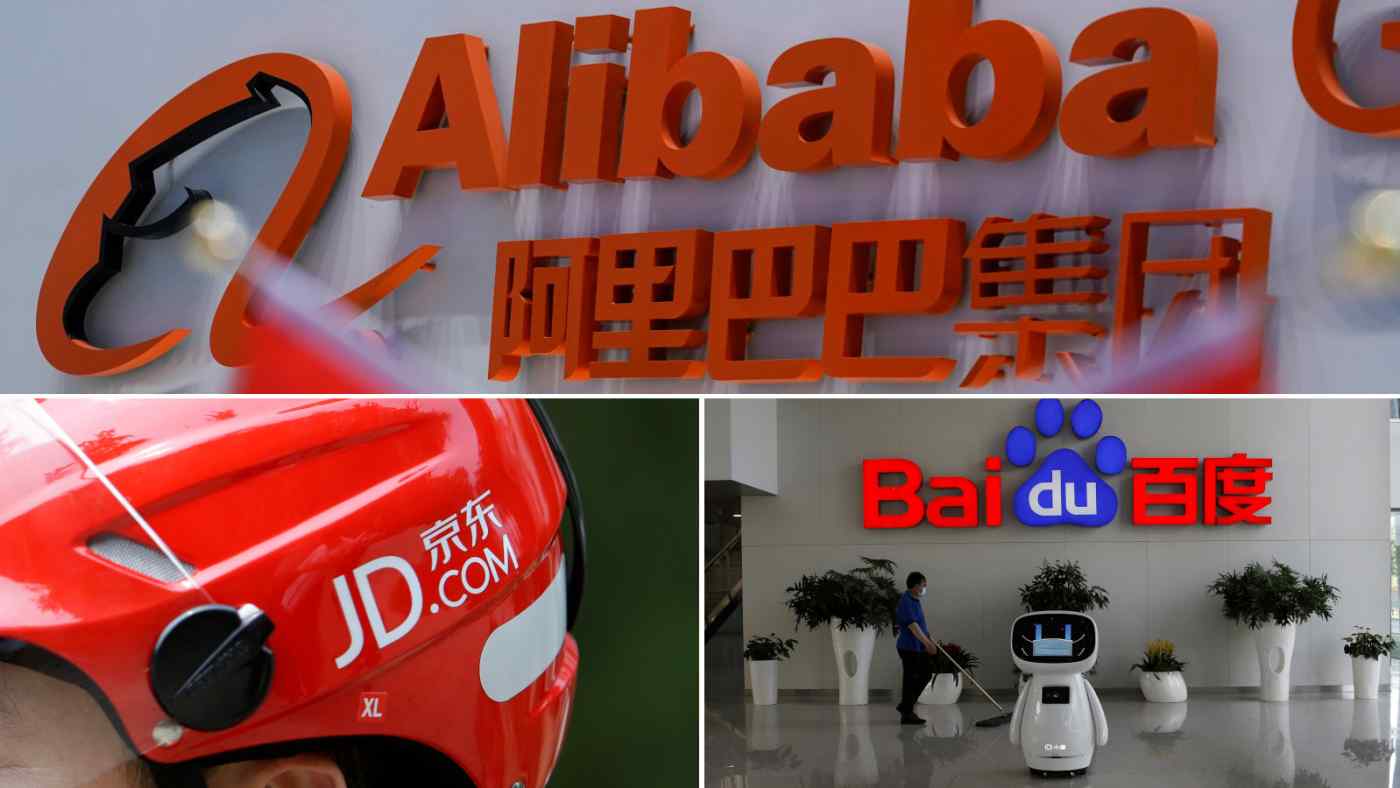 Alibaba Group Holding has carried out a secondary listing in Hong Kong, while JD.com has applied for one and Baidu is exploring a similar approach.
ALEX FANG and NARAYANAN SOMASUNDARAM, Nikkei staff writersMay 22, 2020 03:57 JST | China
CopyCopied

NEW YORK/HONG KONG -- China's biggest tech players are reaching for contingency plans for raising capital on the heels of the U.S. Senate passing legislation that could oust them from the New York exchanges.

A common pillar of those contingency plans is to pursue dual listing closer to home, primarily in Hong Kong, as trading on Wall Street shows heightened political risks.

Game developer NetEase leads the pack, having applied for a Hong Kong stock market debut, Chinese media report. The initial public offering, which could happen as early as June, is expected to raise roughly $2 billion. The Guangzhou-based company listed on Nasdaq in 2000.

Search giant Baidu, which went public on Nasdaq in 2005, is also exploring a similar approach as it weighs a delisting from the New York-based market, said a person with the knowledge of the matter.

Travel-booking platform Trip.com Group is reportedly in talks with banks regarding a Hong Kong secondary listing as well.

The three companies would join recent homecomings by other peers, such as Alibaba Group Holding, which conducted a dual listing in Hong Kong last year, and JD.com, a fellow Chinese e-commerce giant trading on Nasdaq, which has also applied for a secondary listing in the Asian financial hub.

Shares of NetEase, Baidu, Trip.com, Alibaba and JD.com all opened lower Thursday, as did other large-cap Chinese securities traded in the U.S., such as PetroChina and China Petroleum & Chemical Corp., despite an oil demand rebound in China. 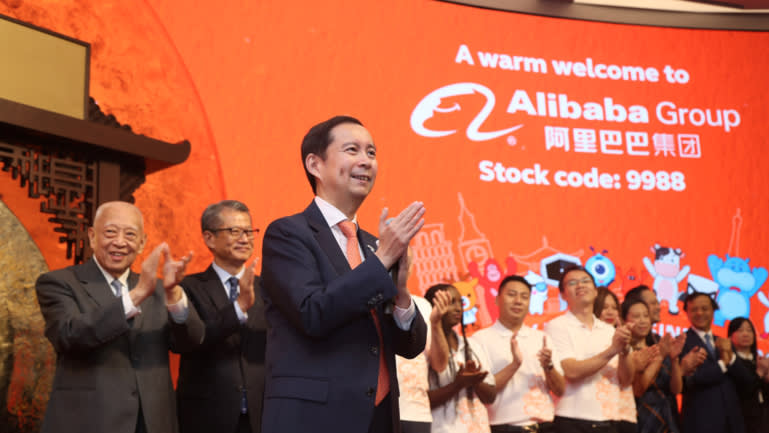 U.S.-listed Chinese enterprises face new pressure from hard-liners in Washington whose concerns were reinforced by Luckin Coffee's accounting scandal. The Senate passed a bill Wednesday that would delist a Chinese company whose auditing firm has not undergone a screening by American regulators for three years.

"It's asinine that we're giving Chinese companies the opportunity to exploit hardworking Americans -- people who put their retirement and college savings in our exchanges -- because we don't insist on examining their books," said Republican Sen. John Kennedy, a sponsor of the Holding Foreign Companies Accountable Act, in a news release.

"There are plenty of markets all over the world open to cheaters, but America can't afford to be one of them," he said.

"For too long, Chinese companies have disregarded U.S. reporting standards, misleading our investors," he said in the news release. "Publicly listed companies should all be held to the same standards, and this bill makes commonsense changes to level the playing field and give investors the transparency they need to make informed decisions."

Banks close to Baidu have been mapping out contingency plans, said a source familiar with the matter. Consultations include comparing listing locations as well as the possible timing of a delisting or a relisting on another exchange.

Delisting in the U.S. without steadying its feet in another capital market first would create immense liquidity troubles, this person said of the thinking. And given the combination of the virus, trade war uncertainties and 2020 being an election year, the window for a secondary or new listing is narrow. A member of the People's Liberation Army Navy stands on the deck of a ship during an open day of the Stonecutters Island naval base, in Hong Kong, in June 2019.   © Reuters

The discussions come at a time when the Trump administration is visibly toughening its stance on China. While some may call it a campaign tactic, that the Senate bill was a bipartisan proposal that passed by unanimous consent reflects sentiment in Washington toward Beijing.

On Wednesday night, the White House made public a report it had submitted to Congress titled "United States Strategic Approach to the People's Republic of China."

The report said that U.S. policies toward China over the past two decades assumed that more engagement with such rivals as Beijing -- bringing them into international institutions and global commerce -- would "turn them into benign actors and trustworthy partners." But for the most part, "this premise turned out to be false," it said.

The report instead called for a "return to principled realism."

The U.S. now "acknowledges and accepts" the Sino-American relationship as the Chinese Communist Party "has always framed it internally: one of great power competition," it said. NetEase's best-selling mobile game Knives Out is boosting sales in Japan and elsewhere outside China. (Photo by Naoki Matsuda)

NetEase, which sports a market capitalization of over $50 billion, is China's second-largest game company, behind Tencent Holdings. Its best-selling mobile game Knives Out is boosting sales in Japan and elsewhere outside China. The group's portfolio spans a spectrum of services. Online education subsidiary NetEase Youdao floated on the New York Stock Exchange last year.

Baidu, whose stock has just begun to show signs of life after a nearly two-year slump, is worth roughly $30 billion.

"We do pay close attention to the U.S. government's continuous tightening of the regulations on Chinese companies' shares listed in the United States, and we are discussing internally what we can do," Baidu Chairman and CEO Robin Li told the official China Daily on Thursday.

"The basic thing is that, for a good company, there are many choices of destinations for listing, not limited to the U.S.," the English-language newspaper quoted him as saying.

Chinese companies traded in the U.S. tend to be undervalued relative to their American peers. This is due in large part to investor concerns over transparency and accounting standards, owing to the difficulty of carrying out due diligence.

The U.S. Securities and Exchange Commission and the U.S. Public Company Accounting Oversight Board have complained of American regulators' inability to access audit work papers of businesses based in mainland China.

President Donald Trump said last Thursday that his administration is "looking strongly" at the delisting option. But he also expressed reservations, anticipating a flight to rival bourses.

"Let's say we do that, right?" he asked. "So what are they going to do? They're going to move their listing to London or someplace else."

Additional reporting by Naoki Matsuda in Shanghai and Coco Liu in Hong Kong.