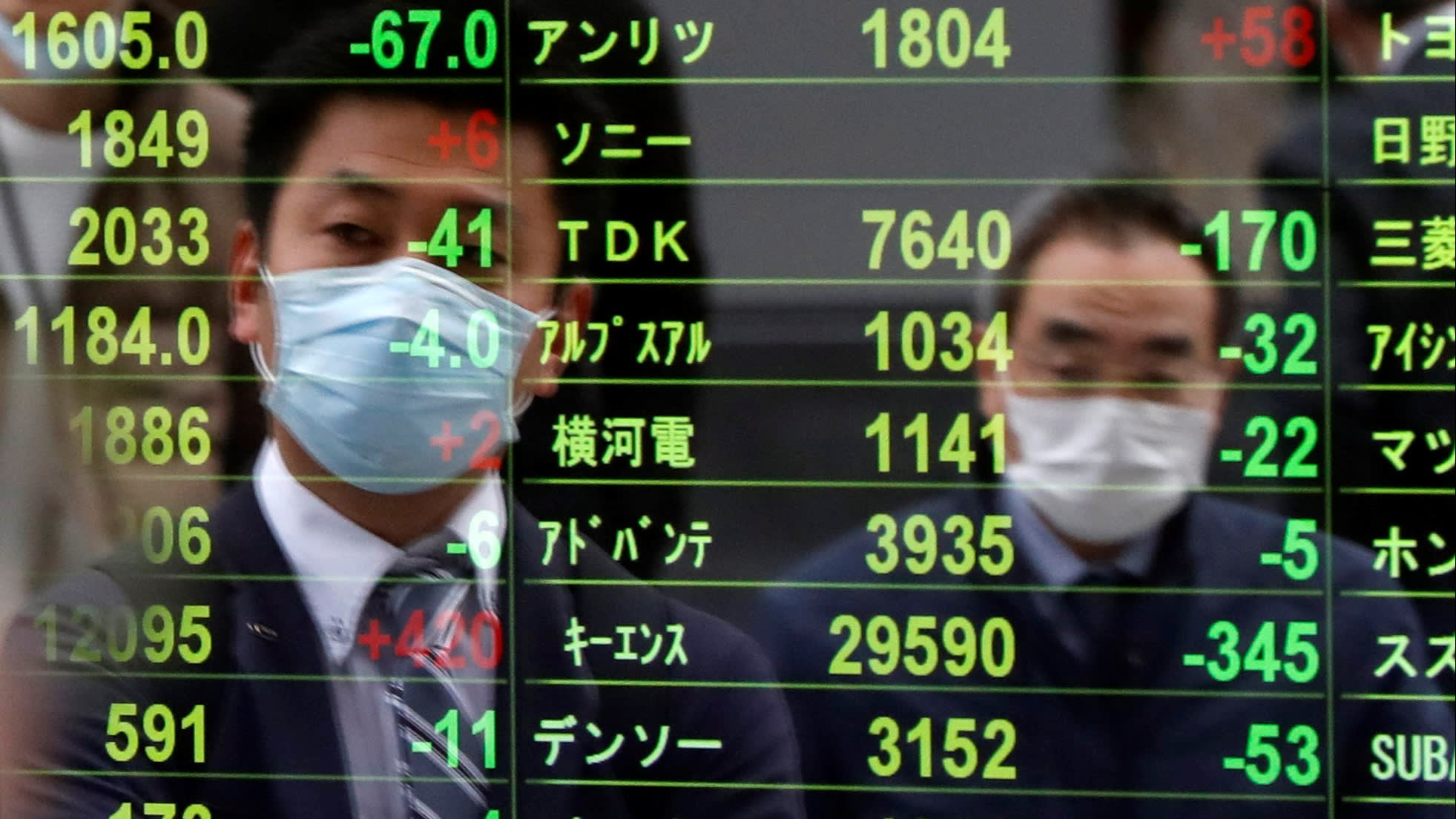 TOKYO -- Foreign investors unloaded Japanese equities for eight straight weeks through April 3 at a pace roughly 50% greater than during the 2008 financial crisis.

"Foreign players likely dumped long-term holdings in March, worried that the impact from the new coronavirus could last a long time," a source at a Japanese brokerage said.

Overseas investors sold a net 65.4 billion yen ($602 million) in the first week of April, according to new data from the Tokyo Stock Exchange. This was less than the 951.7 billion yen of the previous week but brought the eight-week total to 2.71 trillion yen -- a much larger net sell-off than the 1.8 trillion yen in the eight weeks after the September 2008 collapse of Lehman Brothers.

Most of the sellers appear to have been mutual funds and pension funds based in the U.S. and Europe. While they bought back futures when stock prices rebounded in the last week of March, the stock sell-off continues.

Foreign investors have bought a net 5.63 trillion yen of Japanese stocks since November 2012, when Japanese Prime Minister Shinzo Abe launched his signature Abenomics policies. But that figure is 70% down from its peak of 20.94 trillion yen in June 2015.

Overseas investors account for more than 70% of Japan's stock trades by value. Domestic retail investors have cushioned a portion of the blow, buying more stocks than they sold for the first time in two weeks in the first week of April, but their net purchases came to just 25.5 billion yen.

Foreign investors are now holding back with the Easter holidays around the corner, while many Japanese traders are staying at home under the state of emergency declared Tuesday. Trading volume in Tokyo hit its lowest in a month and a half Thursday, and the intraday range for the Nikkei Stock Average came to about 250 points. The benchmark ended down 7 points.

The Nikkei Stock Average Volatility Index fell to a three-week low Thursday. Still, many market watchers believe that the global economy will face long-term impacts from COVID-19, and foreign investors are not seen flocking back to Japanese equities for some time.