Digital currency has birthed a trio of variants since August 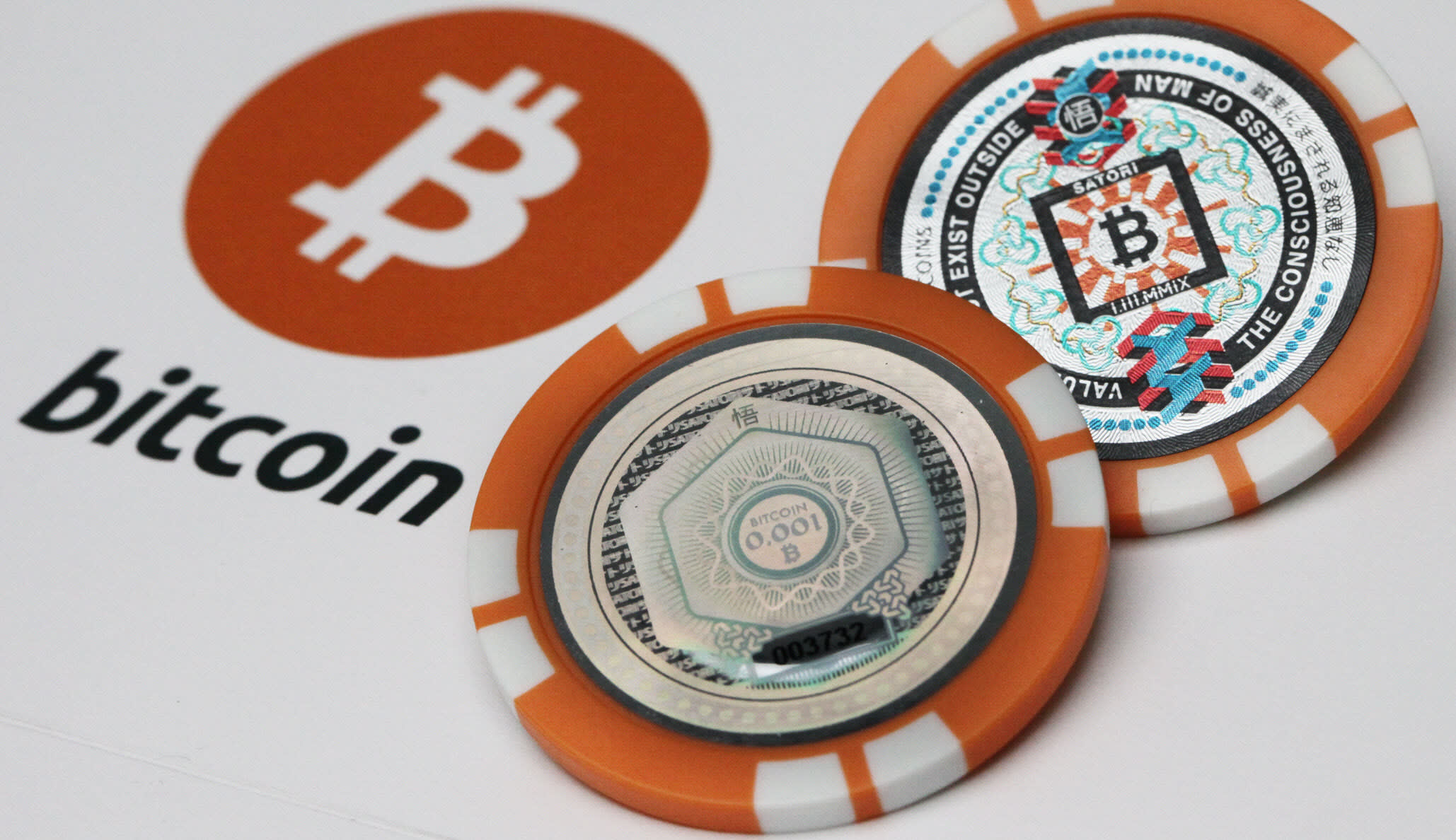 Bitcoin is the best-known of the world's growing number of cryptocurrencies.
November 28, 2017 02:22 JST | Japan
CopyCopied

TOKYO -- The price of bitcoin is approaching $10,000 following another split in the cryptocurrency, with each one seeming to inflate what some call the latest asset bubble.

Bitcoin topped $9,700 at one point on Monday and has gained $1,700, or a fifth, over the past week, according to blockchain technology data provider CoinDesk. Its value has grown 10-fold this year. Bitcoin crossed the 1 million milestone in yen terms Sunday. 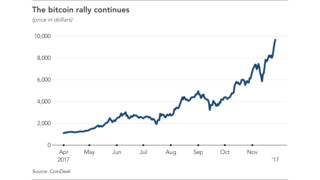 Dismissed by some as mere speculation, the rally continues. Bitcoin's "support has broadened despite deep suspicion," said Yuzo Kano, co-founder and CEO of bitFlyer, a leading Tokyo-based cryptocurrency exchange.

Bitcoin has seen three splits in recent months, giving rise to new versions of the cryptocurrency. When bitcoin cash split off in August, bitcoin holders received an equal number of the new version at no cost. Not only did the price of bitcoin remain solid, but bitcoin cash rose in value. It now trades at around $1,650, up from the $200s at the time of the split.

Bitcoin gold appeared in October, followed by bitcoin diamond this month. The latter is not yet available on major Japanese exchanges. It is trading below $100 abroad but is expected by some to take off.

Other splits, with names like super bitcoin, are seen coming next month and beyond. Fueled by such anticipation, "speculative money is flowing into bitcoin," said the president of a cryptocurrency exchange.

Bitcoin derivatives have arrived in the U.S. Cryptocurrency exchange LedgerX on Sunday logged a call option trade for 1 bitcoin at $10,000. The buyer of the call, which grants the right to buy bitcoin at the stated price for a roughly $3,000 premium, will make a profit should bitcoin climb above $13,000 or so.

The Chicago Mercantile Exchange plans to launch bitcoin futures next month, allowing investors to trade on the cryptocurrency's outlook just as they would in stocks, crude oil or other assets.

"Listed futures could bring money from institutional investors into the game," said Noriyuki Hirosue, CEO of the Tokyo-based Bitbank trading platform. "There's been a stampede of retail money trying to get in before that happens."

Some worry that the market has become overextended. "Unlike shares in a company, bitcoin's value isn't underpinned by earnings, making it vulnerable to supply-and-demand movements," said Naoyuki Iwashita, ex-head of the Bank of Japan's financial technology center and now a professor at Kyoto University.

Masayuki Tashiro, an analyst at Tokyo-based financial research group Fisco, said that "there will probably need to be a correction at some point."

Once bitcoin futures are available, hedge funds and other big-money investors will have the ability to make negative bets on the cryptocurrency, adding to the potential for volatility. Keith Wade, chief economist at London-based Schroder Investment Management, predicted that it will take time for pension funds and other institutions to adopt bitcoin as an asset class, given the difficulty of assessing its value.