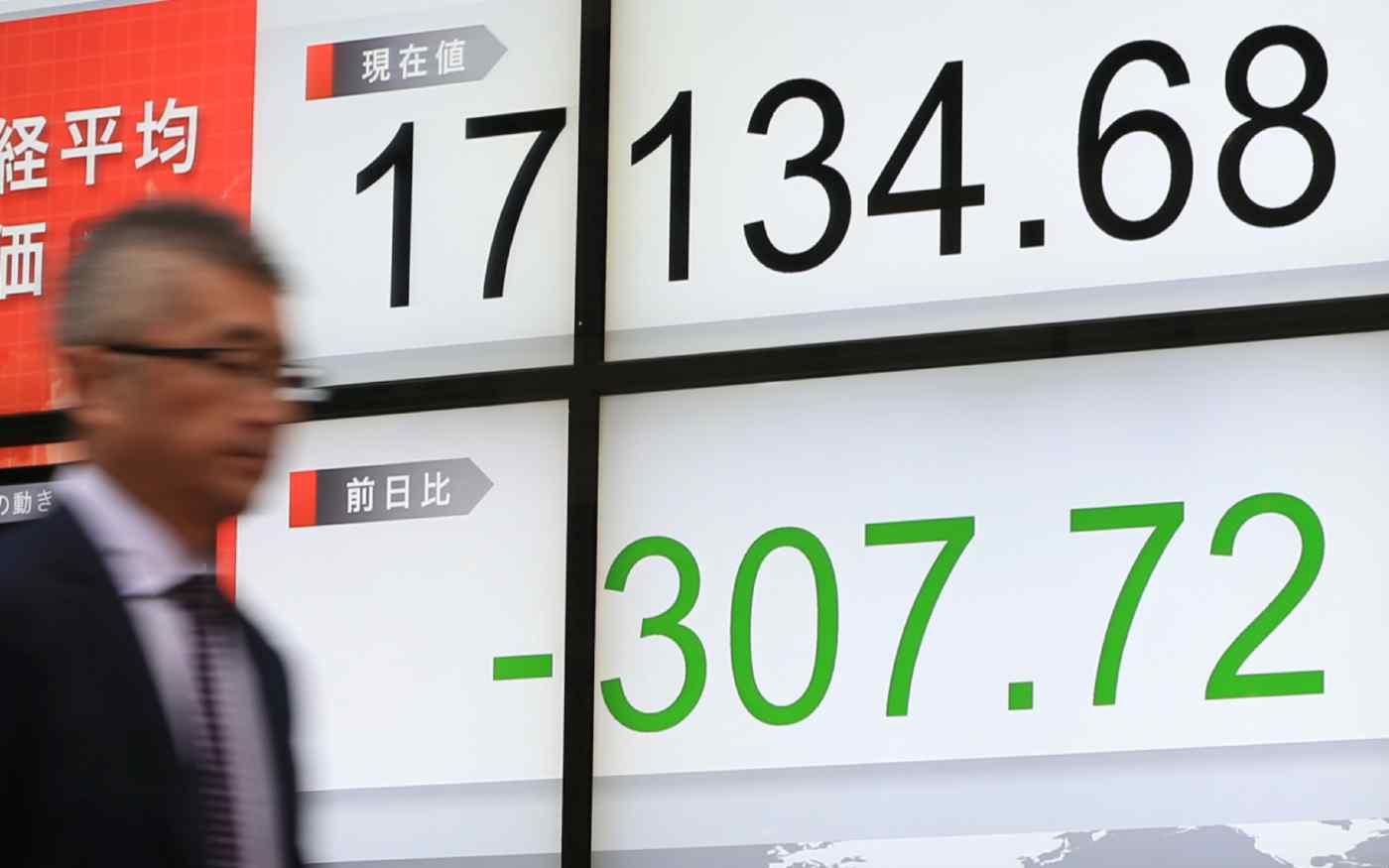 TOKYO -- Spooked by the possibility of a U.S. President Donald Trump, global investors are scurrying to put money into safe-haven assets, lifting the yen and sending stocks lower.

A Washington Post-ABC News poll showing the Republican nominee leading Democratic opponent Hillary Clinton 46% to 45% sent the Dow Jones Industrial Average to its lowest in about a month and a half on Tuesday. Trump had been falling further behind Clinton in recent weeks.