From salsa to software, having muscle to hike prices lifts stocks 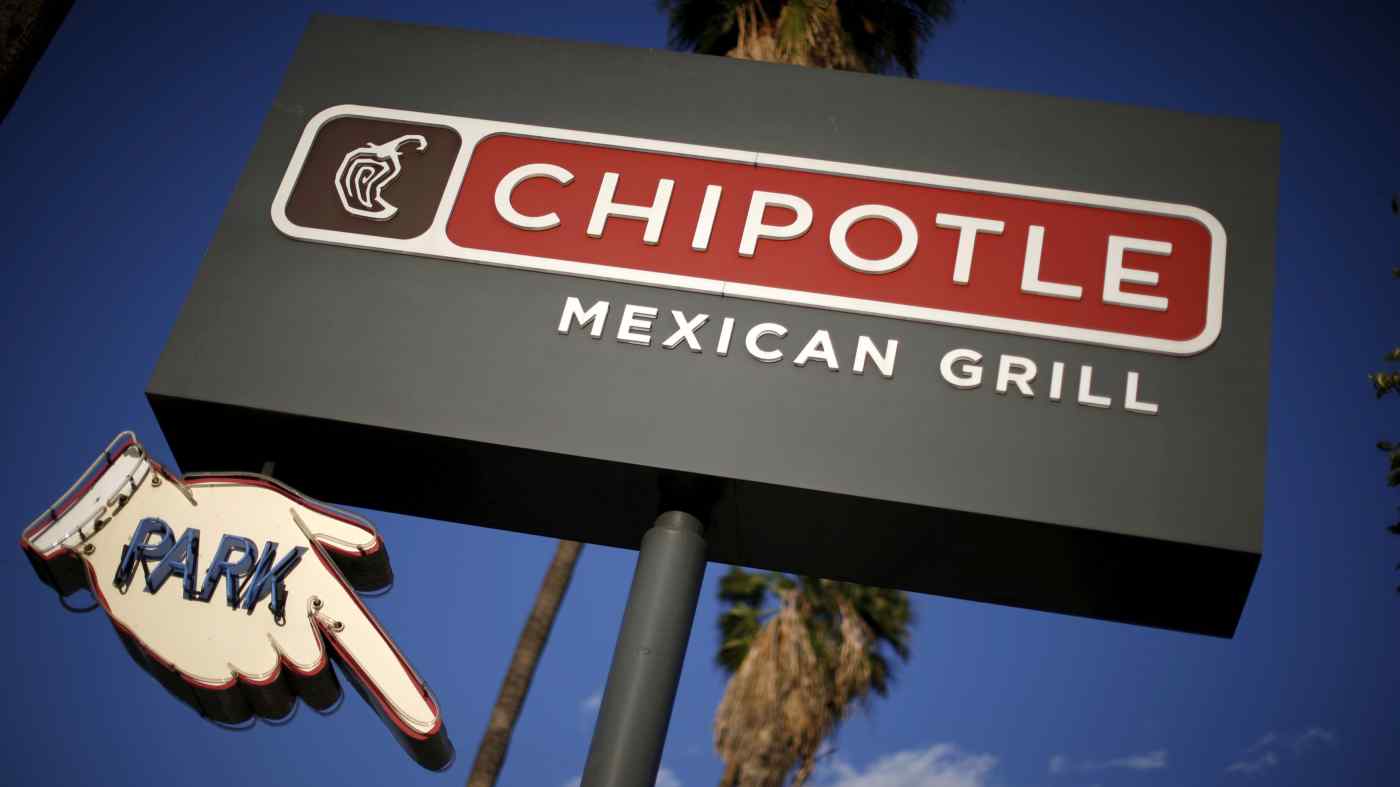 TOKYO -- Businesses that can pass along higher costs by raising prices for products ranging from chicken burritos to silicon chips have become the new darlings of global stock markets.

Chipotle Mexican Grill serves as the poster child for this trend. The U.S. restaurant chain raised prices by an average of 4% in early June to offset higher wages, and weeks later it reported second-quarter results that topped market expectations.

"This is due to the menu price increase we took in early June, which is holding strong so far," the company said in a July 20 earnings call.

The next day, Chipotle's stock price jumped 12%. Shares have remained robust, up 20% as of Tuesday from the end of June. The gain far surpasses the S&P 500's 4% rise during the same period.

And less savory fare also benefits from this trend.

Microsoft's share price climbed 3% on Aug. 20, one day after the company said it would raise the business-to-business price for Microsoft 365 software. Because businesses are better able to absorb higher prices than consumers, investors anticipate expanded earnings for Microsoft.

Stockpickers also are favoring companies that indicated a willingness to raise prices or have room to do so, helping the shares of several such businesses greatly outperform benchmark indexes across the globe since the end of June.

A wide range of companies in the U.S. and elsewhere are raising prices. The best performers include those with strong brand appeal and businesses that cater mostly to corporate clients. Companies that hold key positions in supply chains also command hefty bargaining power.

Taiwan Semiconductor Manufacturing Co. notified businesses on Aug. 25 it will raise product prices by as much as 20%, according to local media. The chipmaker's shares rose 2% the next day.

TSMC has been raising prices since fall 2020 amid the global chip shortage. The company's stock price currently outperforms the Taiwan Capitalization Weighted Stock Index by 5 points, putting the manufacturer ahead of local peers.

"East Asian manufacturers have poor bargaining power, and many of them have deteriorating margins as of late," said a fund manager at a Japanese asset management firm.

But because chip foundries have formed a virtual oligopoly, such suppliers cannot be replaced easily, putting them in a prime position to raise prices.

The price hikes by many companies are tied to surging inflation globally. The U.S. inflation rate is anticipated to reach 5.2% a year from now, according to the August Survey of Consumer Expectations released Monday by the Federal Reserve Bank of New York.

The reading is the highest since the survey was first published in 2013. High commodity prices, a labor shortage and tight supply chains are leading to higher costs.

A company's earnings depend on how well it controls costs. An analysis of earnings calls by Morgan Stanley shows that mentions of "cost pressure" during the April-June quarter were the highest since 2010.

An increase in references to cost pressures tends to be followed by soft profit growth, the analysis says,  suggesting that market projections for earnings through the next fiscal year are too optimistic.

In Japan, the U.S. and India, the differences between the year-on-year gains in consumer price indexes and producer price indexes every month have remained in negative territory. This underscores the challenge companies face in passing on cost increases to sale prices.

"During times of rising raw material prices, we pay more attention than usual to companies that can quickly pass in higher prices," said Taro Iida, fund manager at Mitsubishi UFJ Kokusai Asset Management. There are frequently questions about this during earnings calls.

In long-deflationary Japan, price hike can be seen, especially for food and steel.

"I feel that attitudes by food companies toward price hikes are bullish compared to other years," said Naomi Takagi, senior analyst at SMBC Nikko Securities. "If price hikes become the norm, it will likely factor heavily into improved earnings."