The reason Hong Kong Exchanges & Clearing launched its offer, to diversify itself from China, was also the reason London Stock Exchange Group was not interested in the bid, especially given the ongoing protests in the city. (Photo by Ken Kobayashi)
NARAYANAN SOMASUNDARAM, Nikkei Asian Review chief banking and financial correspondentOctober 8, 2019 20:32 JST | Hong Kong, Macao
CopyCopied

The reason HKEX launched its bold offer, to diversify itself from China, ultimately was the reason LSEG was not interested in the bid, especially given the ongoing protests in Hong Kong. It will now be forced to once again tout itself as a capital-raising market and a gateway to China, even as it faces a competitive threat from mainland exchanges.

While a combination with LSEG would have allowed the Hong Kong market operator to cut its reliance on the world's second-largest economy and curb risks as four months of anti-government demonstrations sap investors' appetite, its London-based rival used the same argument to reject the unsolicited proposal. Without support from LSEG's management, HKEX on Oct. 8 abandoned its offer.

Charles Li, chief executive of HKEX, in a blog post after the bid was dropped, raised the question of "what next" and pointed to, among other things, a China-anchored strategy.

An agreement with market indexes provider MSCI to introduce futures contracts on the China A Index, which is awaiting Beijing's regulatory nod, the addition of dual class shares earlier this year, and the opportunity from the U.S. threat to force Chinese companies to delist from its exchanges could boost business for HKEX. They could also offset such challenges as competition from exchanges in Shanghai and Shenzhen and volatile initial public offering activity, analysts say. "HKEX cash and derivatives trading volumes, our connect schemes and our global IPO franchise are the bedrocks of our successful business," HKEX Chief Executive Charles Li wrote in a blog post on Oct. 8.   © AP

"At least in the near-term without an acquisition in [the] U.S. or Europe, the more sensible option is to further enhance the business opportunities with mainland China," said Chi Man Wong, an analyst at China Galaxy Securities. "Having said that, HKEX will continue to have a close eye on LSEG and could come back later. If there is progress in U.S.-China trade talks, then it could look for other options" in the U.S. and Europe.

Under British takeover rules, HKEX had until Oct. 9 to make a formal offer for the London exchange operator. The decision to drop the bid means it cannot launch a new one for at least six months unless LSEG's management agrees to an offer, another group launches a bid, or other events are deemed to be a material change in LSEG's status.

Wong says one such chance could arise if LSEG unexpectedly failed to conclude its $27 billion acquisition of financial data provider Refinitiv. LSEG shareholders will vote on the deal before the end of the year. HKEX also could return with a higher cash offer given its low debt levels.

HKEX proposed its cash and stock offer to acquire LSEG on Sept. 11, but the bid was quickly rejected. Over the past three weeks, HKEX made moves to woo shareholders and regulators over the deal's merits.

At the time of the offer, investors and analysts said that the political opposition in Britain would be especially acute over concerns of an attempt by a China-linked company to take control of a globally important financial intermediary.

Of equal worry was the security of data and information such institutions hold.

Such concerns would remain for any future LSEG offer or for any other acquisition bid for an exchange by HKEX, according to Andrew Sullivan, a director at Hong Kong-based investment firm Pearl Bridge Partners. He said the company should not rush into another transaction and instead focus on its strengths.

"In the short-term, we are going to see them doing more things along the lines of what they have already done," Sullivan said, referring to the stock connect programs with the Shanghai and Shenzhen exchanges. The big opportunity comes "if America decides to weaponize its market -- forcing Chinese companies to delist. Hong Kong's standing as a capital market is still strong." 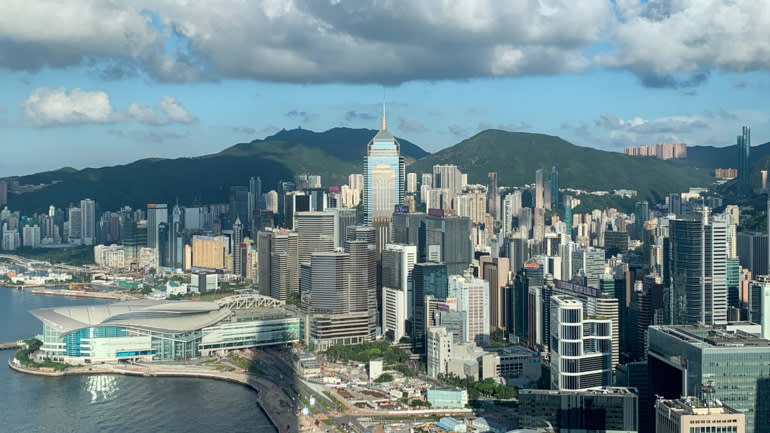 "The Hong Kong market boasts a diverse and global investor base," one analyst said. "However, the social unrest and the impact it is having on companies and investors will have a bearing on the last quarter of the year and the 2020 IPO market."   © Reuters

In the past few years, HKEX's business has been driven by its stock connect programs, which allow cross-border trading.

"In recent years, these pioneering programs have revolutionized capital markets in the region," Li wrote in his blog post. "HKEX cash and derivatives trading volumes, our connect schemes and our global IPO franchise are the bedrocks of our successful business."

HKEX has been the world's largest IPO destination in six of the past 10 years, according to data from Dealogic.

But its business drivers have come under pressure. HKEX's moves to position itself as a gateway to China is threatened by Shanghai and Shenzhen. David Schwimmer, chief executive of LSEG, last month said he sees Shanghai as China's financial hub and that Hong Kong's allure may fade.

China recently did away with quotas that global investment funds needed to buy mainland stocks and bonds in a move that could eventually eat into the connect programs.

HKEX has also slipped in the IPO market this year. While there has been a series of IPOs in recent weeks, including the $5.75 billion listing by the Asia-Pacific unit of Anheuser-Busch, pricing has tended to be at the bottom of the marketed range.

While Megvii said the decision by the U.S. reflects a misunderstanding of the company and there were no changes to its ongoing plans, people familiar with the situation said the move has jeopardized its share offer plans.

"However, the social unrest and the impact it is having on companies and investors will have a bearing on the last quarter of the year and the 2020 IPO market," he said. "While I'm cautiously optimistic, there is a lot of uncertainty right now."