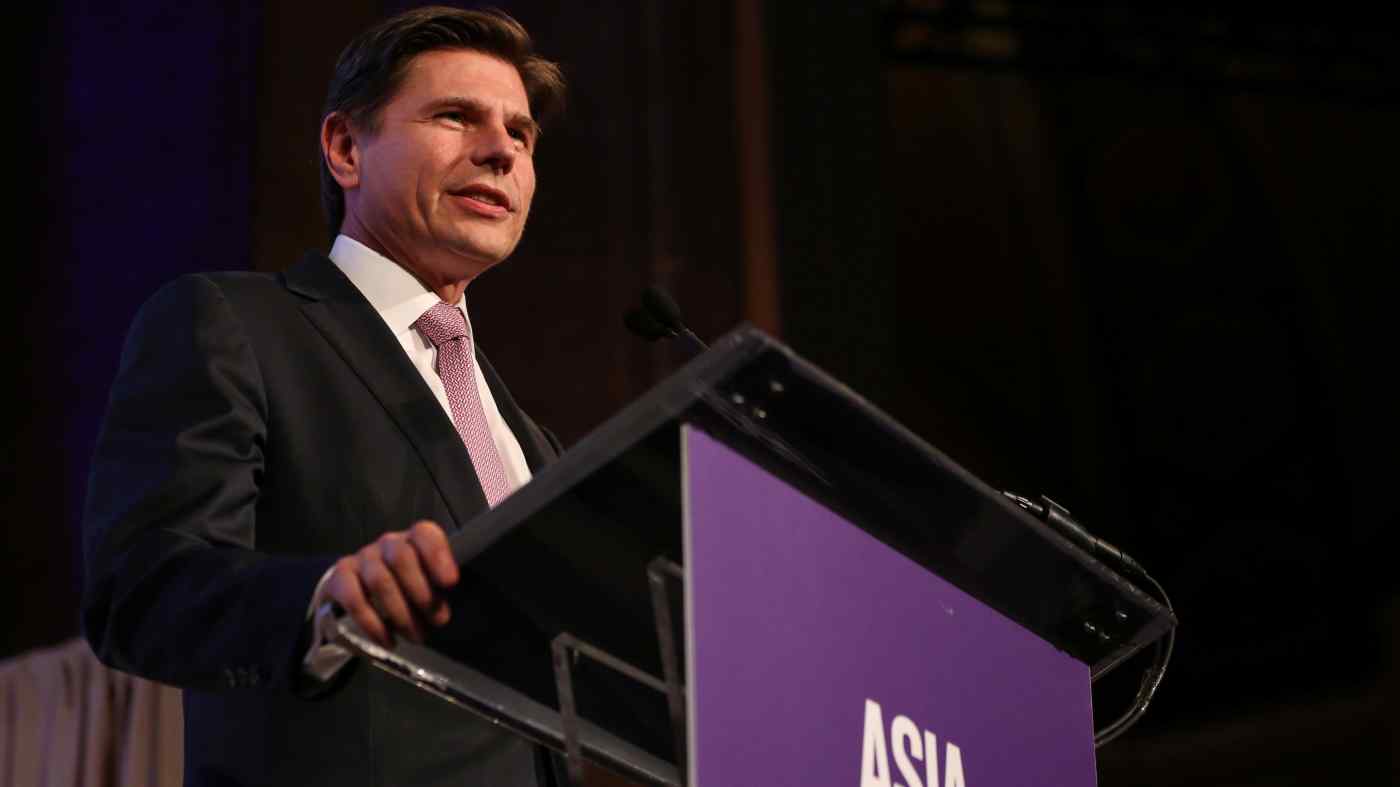 Aguzin's appointment is effective May 24 and will be for a three-year term, the bourse said. As an Argentinian, he will become the first foreign CEO of HKEX, which was established in 2000 with the merger of Stock Exchange of Hong Kong, Hong Kong Futures Exchange and the Hong Kong Securities Clearing Company.

"He brings with him a wealth of international and regional experience in capital markets and financial services, including extensive knowledge of Mainland China," HKEX chairman Laura Cha said in a statement. "His broad experience in greater China, the Americas and globally makes him extremely well-placed to lead HKEX."

Aguzin, the CEO of JPMorgan's international private bank, was previously the chairman and CEO of the bank's Asia-Pacific business. He will replace Charles Li, who left the bourse at the end of 2020 after a decade in the job. Since Jan. 1 Calvin Tai, chief operating officer, has been serving as interim chief executive.

"It is a little bit of a surprise that a foreigner is set to be the new CEO of HKEX," said Steven Leung, a Hong Kong-based executive director at brokerage UOB Kay Hian. "He should use his experience dealing with Chinese authorities to develop the exchange's connection with the mainland and ideally deepen the path followed by his predecessor."

Li, who also previously worked at JPMorgan, was often referred to as "Mr. China" for leading initiatives such as the connect schemes that allowed global investors to buy Chinese stocks and bonds from Hong Kong and mainlanders to buy Hong Kong-listed securities. He also pushed for regulatory changes to lure U.S.-listed Chinese companies to undertake a secondary listing in the city. Charles Li, who left HKEX last year after a decade as its chief executive.   © Reuters

Under Li, HKEX's revenues doubled and its profits in the second and third quarters of 2020 broke records, helped by surging new listings and volumes.

Aguzin's 30 years at JPMorgan include a spell leading the Asia-Pacific business between 2012 and 2020. The Argentinian joined the U.S. bank in 1990 as a financial analyst and worked in New York and Buenos Aires before moving to Hong Kong.

HKEX shares closed 0.8% lower on Tuesday. They have doubled since the end of 2019.