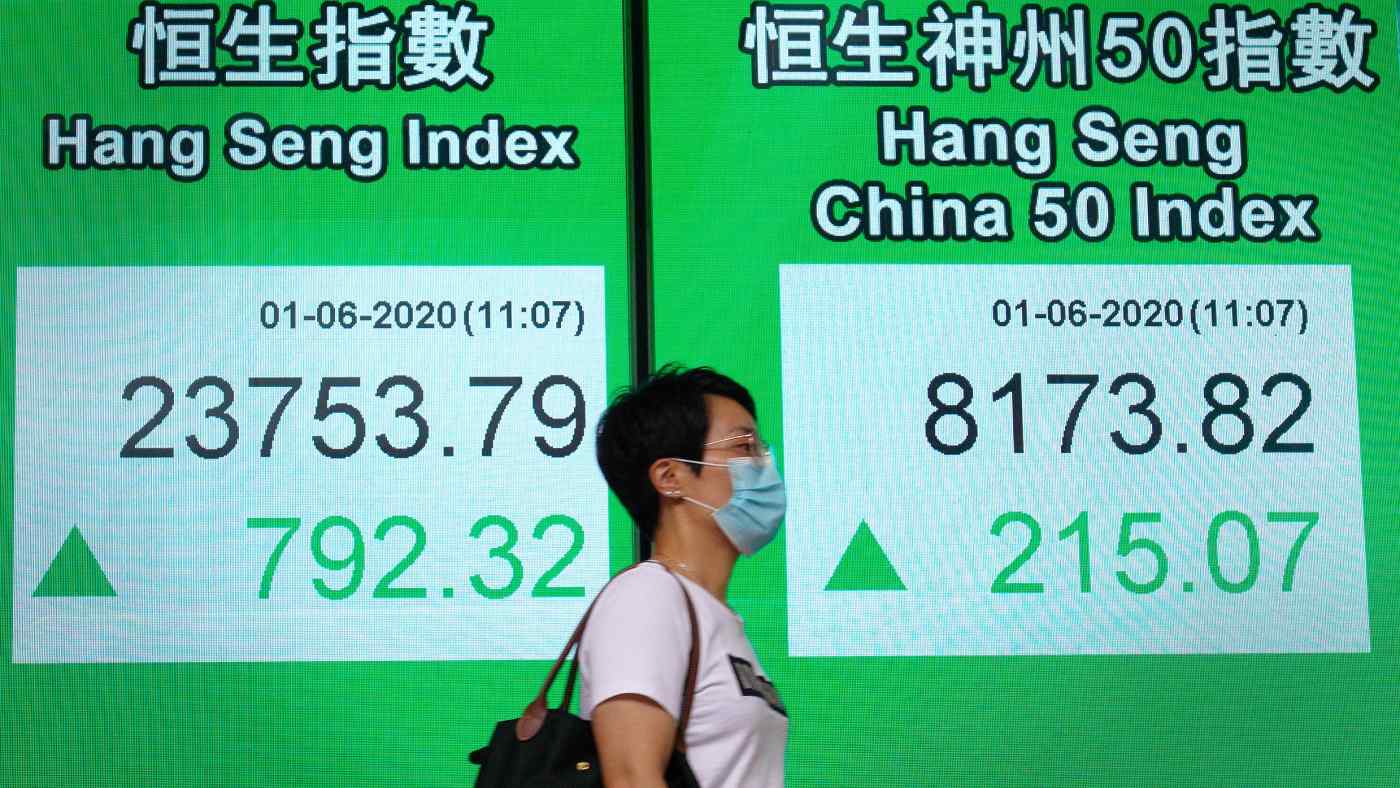 Hong Kong's Hang Seng Index rose 3.4% to its highest level in nearly two weeks. Trump made his comments on Friday after Asian markets had closed. China's CSI 300 index, which comprises the top companies listed in the Shanghai and Shenzhen stock exchanges, rose 2.7%.

Trump directed his administration to begin the process of eliminating a "full range of agreements" it has with Hong Kong that grants the city a special status. The possibility of Hong Kong losing that status and its role as a global financial center contributed to pulling the Hang Seng Index down 7% in May.

"There were few details of the actual measures that the U.S. would undertake," Sean Darby, an equity strategist at Jefferies said in a note to investors. "The likelihood of Hong Kong experiencing any restrictions on capital flows is very low."

The president flagged that sanctions would be imposed on Chinese and Hong Kong officials who were believed by the U.S. to be involved in eroding the city's autonomy. He also said the U.S. State Department would revise its travel advisory for Hong Kong in light of "increased danger of surveillance" from China.

Trump "had stopped short of sanctions or even touching on any other fresh restrictions or potential trade barriers against fears, helping to ease some of the frayed nerves across U.S. to Asia," Jingyi Pan, a market strategist at IG, said in a note.

Soon after the markets closed, the Hong Kong General Chamber of Commerce announced that a majority of its surveyed members believed the national security law would have a negative impact on their business operations in the short term "due to the controversy over the law" but that it would have a positive or negligible impact over the long term.

The chamber said its members were particularly concerned about the possibility of foreign sanctions against Hong Kong.

Shares in Hong Kong and in the mainland also got a leg up from data that showed China's factory activity unexpectedly returned to growth in May, marking the first expansion since January. However, export orders continued to shrink, indicating the lack of global demand amid the coronavirus pandemic.

Mainland Chinese companies account for more than half of the constituents on the Hang Seng Index and have a weighting of 55% on the index.

"The uptick in the May reading suggests the normalization of manufacturing activity is broadening out," JPMorgan Chase economists, led by Grace Ng, wrote in a note to clients.

"By sector, infrastructure investment has picked up momentum lately given notable policy support, while property market activity and auto sales also have showed solid recovery," they said. "Going forward, normalization of domestic consumption demand and service sectors will be key to watch."