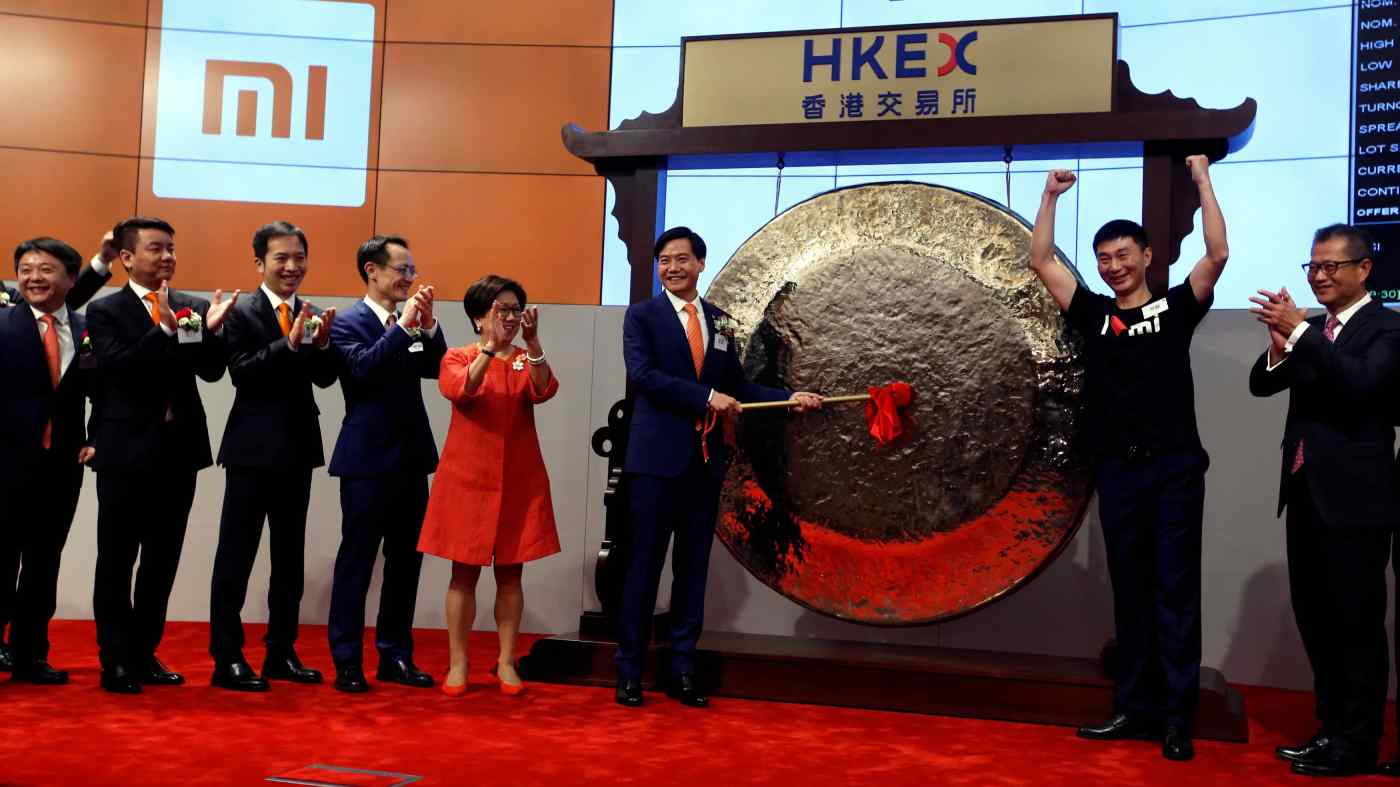 HONG KONG -- The crown for the world's top IPO market returned to Hong Kong in 2018, thanks to debuts by major Chinese technology companies won amid fierce global competition.

Fundraising through initial public offerings on the Hong Kong Stock Exchange looks to reach $36.6 billion this year, 120% more than in 2017, according to Deloitte. The New York Stock Exchange, which topped the list last year, appears headed for second place with $28.8 billion, followed by the Tokyo Stock Exchange at $26.2 billion.

A record 208 businesses are debuting in Hong Kong this year, including smartphone maker Xiaomi and food delivery-to-ticketing services platform Meituan Dianping. Of the 133 IPOs on the main board, 36 are by "new economy" companies in high-growth tech fields, according to KPMG.

The boom was fueled partly by changes to Hong Kong's listing rules in April. Xiaomi, for example, became the first company with multiple classes of shares carrying different voting rights -- an increasingly popular structure among tech companies -- to list on the exchange.

The Singapore Exchange this year decided to let companies list with dual-class shares, not long after rival Hong Kong. Shanghai is considering forming a separate board for high-tech businesses.

As for 2019, Deloitte expects about 200 companies to debut in Hong Kong, raising up to 230 billion Hong Kong dollars ($29.4 billion). Though stock prices have flagged of late, many promising companies are waiting in the wings to go public.