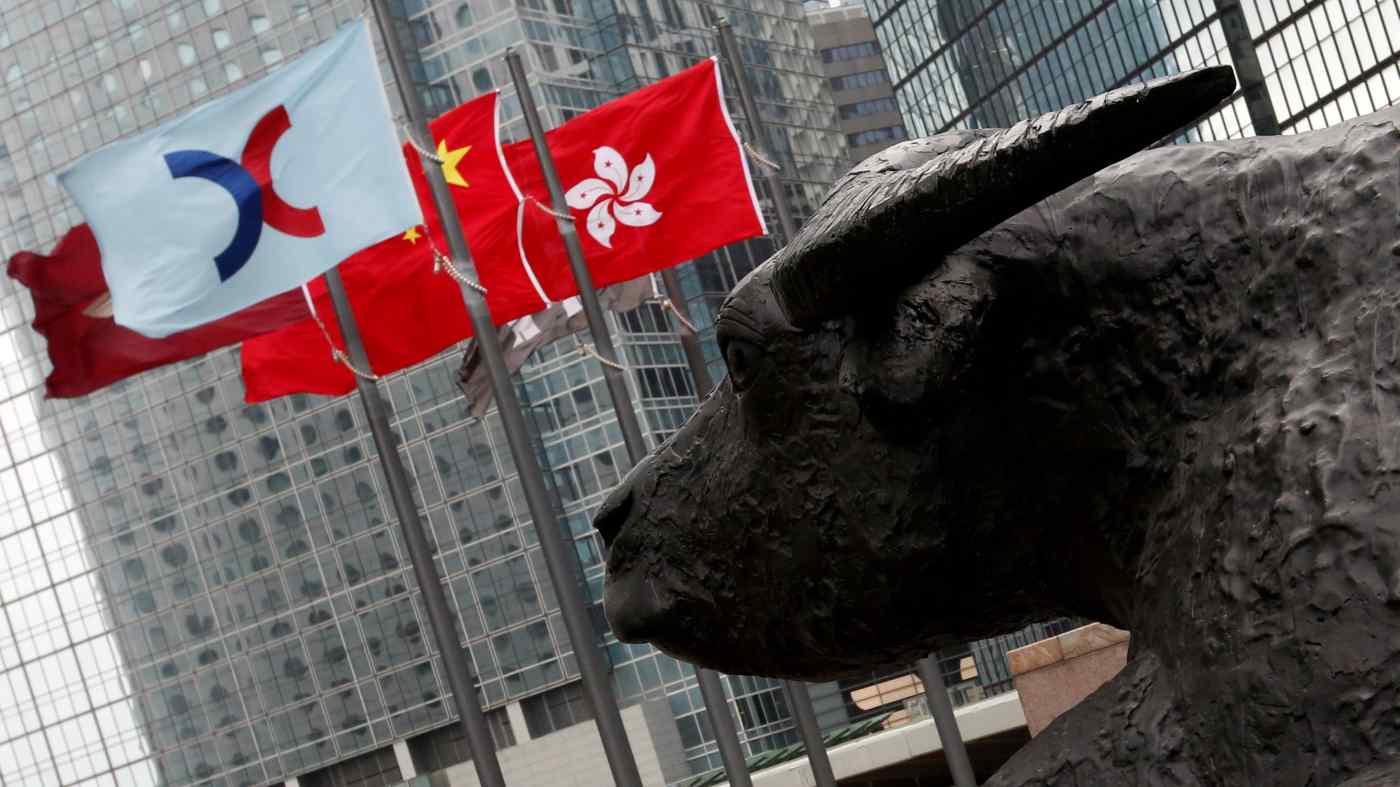 HONG KONG -- A face-lift of Hong Kong's benchmark stock index and ongoing market reforms in mainland China underscore Beijing's push to create a technology listing ecosystem at a time when the U.S. is threatening to shut out Chinese companies from trading on American exchanges.

The move, along with a six-month comprehensive review of the index that promises to draw in even more technology companies, could lure others to list in Hong Kong instead of going to the U.S., investors and analysts say.

At the same time, mainland exchanges also are revamping rules to channel capital to startups, with Shanghai's Nasdaq-style STAR Market already the third-largest initial public offering destination in the world so far this year and more than 300 companies lining up to list on Shenzhen's ChiNext platform. China also has unveiled a STAR 50 index and agreed to include companies listed on the STAR Market in the benchmark Shanghai Composite Index.

"The stock market for Chinese authorities is an indication of soft power, and it is all the more important for the nation to have an international stock market that can rival the U.S.," said Jim McCafferty, joint head of Asia-Pacific equity research at Nomura in Hong Kong. "Authorities are taking all the necessary steps to bolster the stock exchanges in the mainland and Hong Kong to ensure the stock representation is similar in scale to the size of the economy."

Mainland Chinese equity markets have a 4% share of global market capitalization, while the world's second-largest economy commands a 15% share of global gross domestic product. McCafferty said the changes being pushed through in Hong Kong and on the mainland are also aimed at negating the fallout from a looming crackdown on Chinese companies by Washington. U.S. authorities revealed plans last month to kick out already-listed Chinese companies by January 2022 and block new share offerings immediately if they do not grant American regulators access to their audited financial statements. Chinese companies have declined to share their documents, citing domestic laws that ban such access on the grounds that the papers could contain state secrets.

In response, Chinese companies already trading in the U.S. have resorted to secondary listings in Hong Kong, while others, including Alibaba affiliate Ant Group, have decided to sell shares in Shanghai and Hong Kong rather than consider New York.

Alibaba, online retailer JD.com, game developer NetEase and Yum China, the operator of KFC restaurants on the mainland, have raised more than $20 billion in secondary listings in Hong Kong. Ant is targeting a $30 billion IPO as early as next month, according to people familiar with the deal, which would be the world's largest ever.

The changes to the Hang Seng Index were made possible by several recent rule changes by the Hong Kong Stock Exchange, including a move to allow companies with dual-class shares to be listed.

Those reforms have attracted 99 tech and biotechnology companies, predominantly from China, to issue new shares. As of the end of August, these new stocks represented 23% of Hong Kong's total market cap and 15% of average daily volume, Jefferies global equities strategists led by Sean Darby said in a note on Monday.

The overhaul of the Hang Seng Index and moves by China to simplify tech listings could also help draw new investors as it opens access to high-growth stocks, moving away from years of financial, manufacturing and commodities dominance. Global stock indexes in which tech stocks play an outsize role have reached new highs this year as the coronavirus pandemic upends brick-and-mortar companies.

The changes in the Hang Seng Index are "a continuation of the push toward making Chinese equities a more holistic proposition for foreign investors," Winson Fong, a senior portfolio manager for greater China equities at Manulife Investment Management, said in a report.

"We think the return of American depositary receipts and biotech IPOs will not only further enhance the breadth and depth of the market. The inclusion of these new sectors and stocks into the [Hang Seng Index], thus, also makes such a push more official and visible," he said.

The successful listing of U.S.-traded Chinese companies in Hong Kong demonstrates that demand from Asian investors and the regulatory framework have reached a "critical point whereby new-economy companies can reliably source their equity financing" in the region, Fong said.

Companies have raised $59 billion in Hong Kong, Shanghai and Shenzhen in new listings this year, rivaling combined volumes on the New York Stock Exchange and Nasdaq, which have raised $65 billion.

Goldman Sachs estimates that the changes in the Hang Seng Index's components and the introduction of new indexes in Hong Kong and on the mainland will generate passive fund inflows of $25 billion over the next five years.

The Hang Seng Index slipped 0.4% on Monday, but still outperformed most of the equity benchmarks in Hong Kong. Investor sentiment was weighed by anti-government protests in Hong Kong on Sunday. Alibaba's shares fell 3.1%, Xiaomi declined 1.4% and WuXi Biologics dropped 3.6%.

Meanwhile, the Hang Seng Tech Index slumped 4.6%. Tech stocks have come under pressure after the recent rally inflated valuations and investors looked for bargains in sectors that would benefit from the reopening of global economies. The Nasdaq last week logged its worst week since the sell-off in March.

Shares of Semiconductor Manufacturing International Corp., which is included in the Hang Seng Tech Index, plunged 23% on Monday, on reports of possible sanctions by the U.S.

While Hong Kong has been a magnet for mid-size and large companies, startups have flocked to the 14-month-old STAR Market in Shanghai, which made it easier for tech companies to issue IPOs, and more recently to Shenzhen's ChiNext, which introduced similar measures last month.

The STAR Market put in place rules last year under which it reviews IPO applications based on disclosure requirements. Companies wanting to go public no longer need approval from the China Securities Regulatory Commission, shortening the time between filing the IPO documents and listing.

"China and the U.S. are truly breaking apart -- financially, politically and technologically -- so it makes sense to have China listings in the region," said Paul Schulte, Singapore-based founder of Schulte Research and former head of Asia strategy for Nomura Holdings.

Schulte said the increased representation of growth stocks will provide avenues to boost investment returns for insurers and pension funds in the region.

"Hong Kong, Shenzhen and Shanghai markets will be their own center of gravity going forward instead of playing second fiddle to New York," he said.