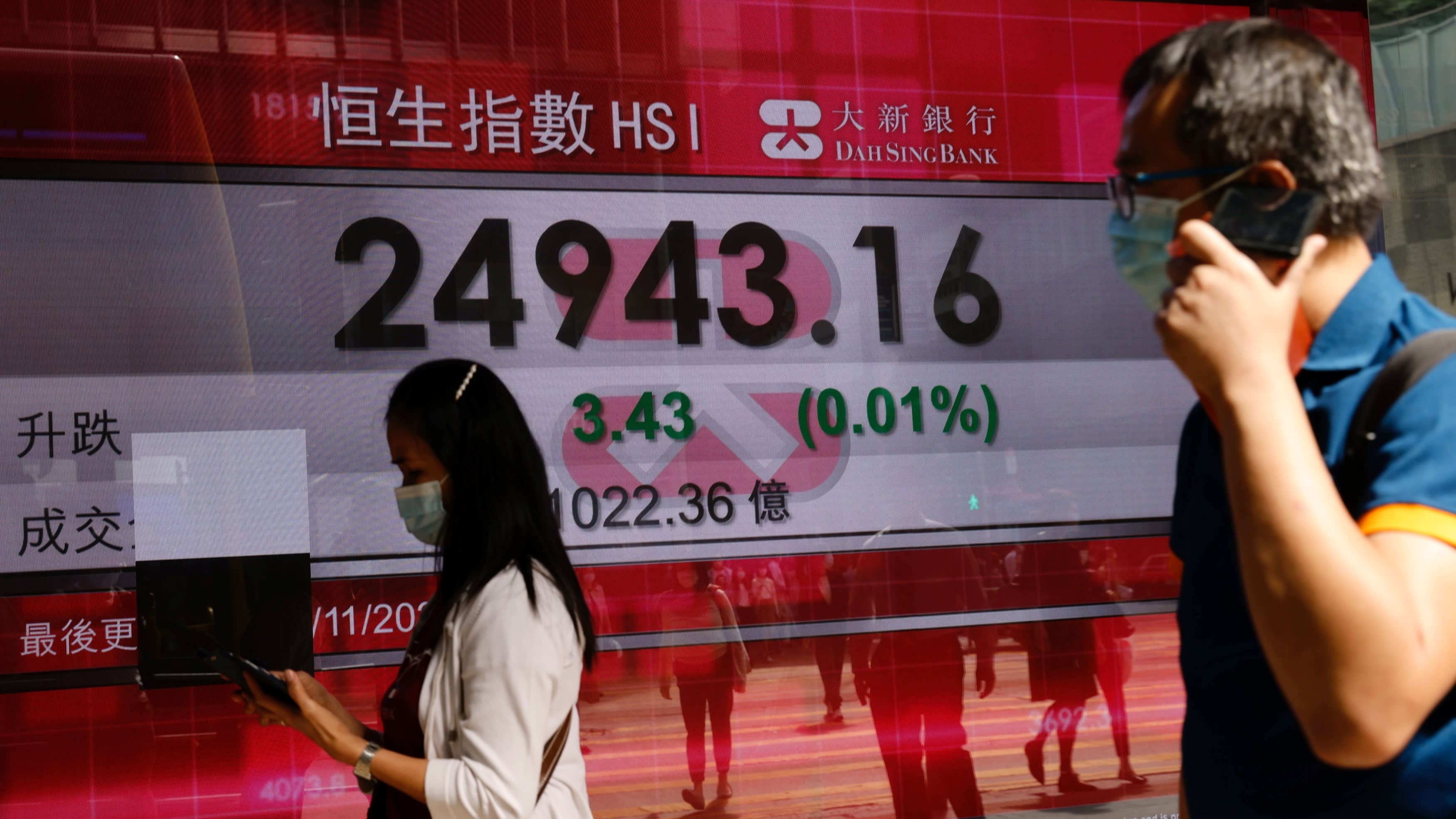 Hang Seng Indexes, a unit of Hang Seng Bank, on Tuesday released five proposals for consultation in what could be the biggest revamp yet for the 52-component index.   © Reuters
NARAYANAN SOMASUNDARAM, Nikkei Asia chief banking and financial correspondentDecember 22, 2020 21:15 JST | Hong Kong
CopyCopied

HONG KONG -- The compiler of Hong Kong's main stock index is considering expanding the 51-year-old benchmark to as many as 80 companies amid a deluge of mainland China companies listing in the territory.

Hang Seng Indexes, a unit of Hang Seng Bank, on Tuesday released five proposals for consultation in what could be the biggest revamp yet for the 52-component index. In addition to seeking opinions on including more companies in the index, the compiler also asked for views on fast-tracking new listings, capping weightings at 8% from 10% currently, expanding sector representation and reserving a certain portion for Hong Kong-domiciled companies.

The Hang Seng Index has undergone changes in recent years as the market capitalization of mainland companies in the city's stock market surged to 80% from 41.6% just 15 years ago. The most recent overhaul came into effect only three months ago and saw the inclusion of companies with secondary listings, such as Alibaba Group Holding, and technology companies getting a bigger share at the expense of financial services companies.

The proposals are aimed at ensuring the Hang Seng Index continues to "serve as the most representative and important benchmark of the Hong Kong stock market," the compiler said in a 16-page consultation document.

The index has lagged its global peers in recent years and is one of the few major markets still negative this year as stock benchmarks around the world scaled records. Investors and analysts have blamed the dominance of financial stocks in the index for the Hang Seng Index's performance at a time when money flowed toward tech stocks.

Over the past two years, Hong Kong has played host to a series of new economy listings from China thanks to rule changes that have allowed companies with dual class shares to list. Since 2018, 37 such companies -- including Alibaba, online retailer JD.com, game developer NetEase and smartphone maker Xiaomi -- have listed in the city and command a combined market value of $1.4 trillion, or a quarter of the Hong Kong Stock Market's capitalization.

The proposals also aim to halt the decline in relevance of the benchmark. Companies that make up the Hang Seng Index currently represent 57.6% of the total market value of the city's stock market, down from 65% at the end of 2016, and the turnover of index components fell from 57.4% to 50.5% during the same period.

In addition to increasing the number of component stocks to between 65 and 80, the compiler also wants to do away with the minimum listing history requirement for inclusion. Depending on a company's market capitalization, it currently takes between three and 24 months for inclusion.

The changes would impact more than 20 exchange-listed products with listings on 10 stock exchanges around the world, representing more than $20 billion. The index is also tracked by retirement funds in Hong Kong that manage $8 billion.

The Hang Seng Index started out with 33 constituents in 1969. The number rose to 38 in 2007, when it began to include H-shares -- mainland companies that trade in Hong Kong -- and expanded to 50 in 2012, before adding another two this year.

The proposals are open for feedback through Jan. 24, and the compiler is expected to announce its conclusions in February.