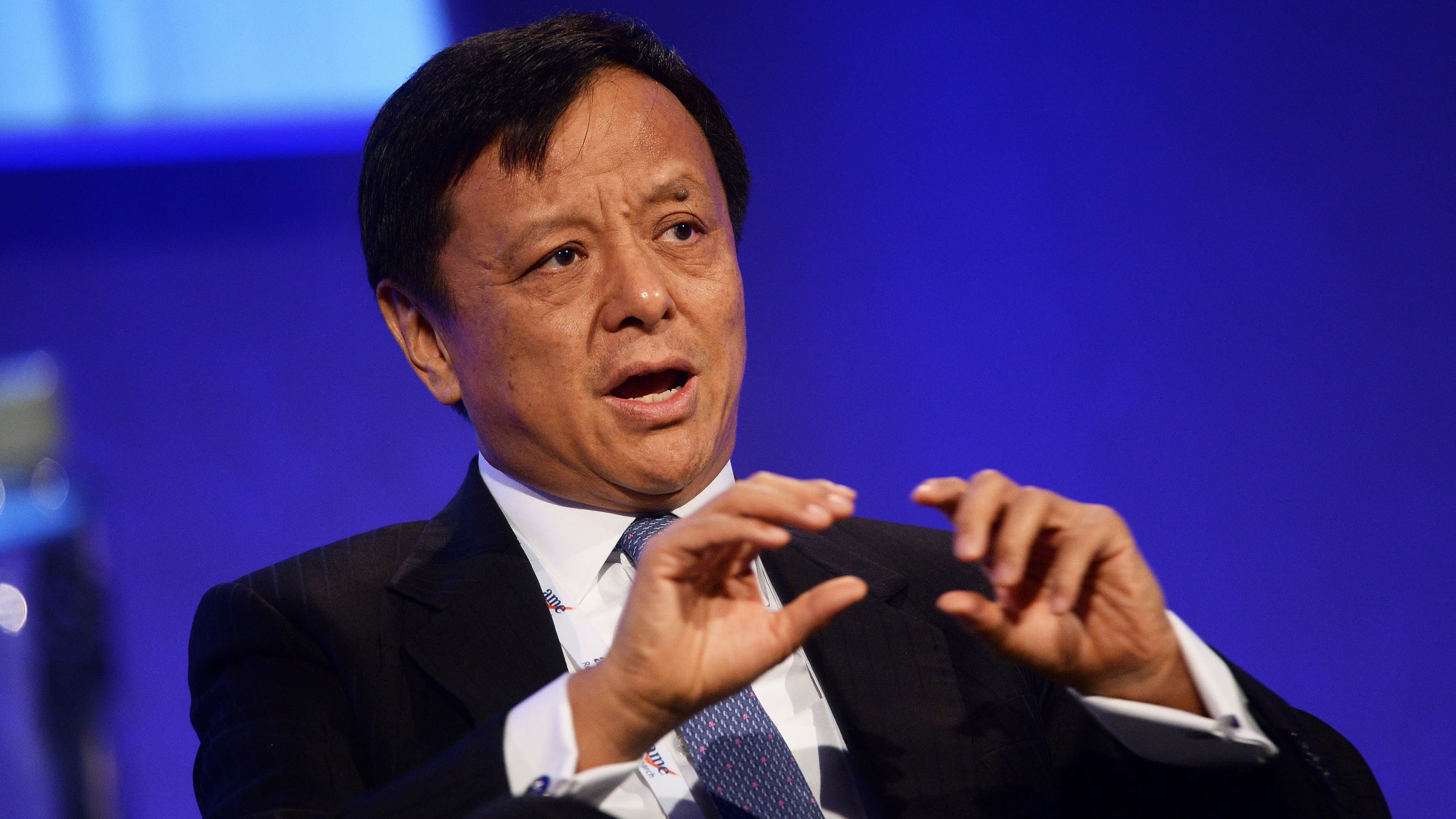 During his time at HKEX, Charles Li earned the nickname "Mr. China" for shaping the exchange as a gateway to the mainland's financial markets through programs such as Stock Connect.   © Reuters
NARAYANAN SOMASUNDARAM, Nikkei Asian Review chief banking and financial correspondentMay 7, 2020 15:44 JSTUpdated on May 7, 2020 20:28 JST | Hong Kong
CopyCopied

HONG KONG -- Charles Li, the chief executive officer of Hong Kong Exchanges & Clearing since 2010, is leaving the stock exchange operator, and a search is underway to name his successor.

The decision by Li, 58 years old and the architect of the failed $36.5 billion bid for London Stock Exchange Group last year, comes as the exchange reported a 13% decline in first-quarter profit to 2.26 billion Hong Kong dollars ($291.5 million) as investment losses and higher operating expenses negated a surge in trading and clearing fees.

The exchange said in a statement that fees from trading rose 45% compared with a year earlier, as market volatility amid the coronavirus pandemic sent average daily trading turnover higher by 20%.

That was more than offset by a loss on investments of HK$47 million as asset prices crashed. The investment loss compared with a HK$882 million gain in the first quarter of 2019.

"The market should be encouraged by the robust underlying volume growth in cash, commodities and Stock Connect," Citigroup analyst Yafei Tian said, referring to the program that connects global investors to markets in mainland China.

However, she cautioned that Li's exit raised questions around the "strategic direction of HKEX."

In the statement, Li said: "We are on track with our Strategic Plan 2019-2021, well-placed to capture future growth opportunities, and fully focused on managing our costs and risks."

Li said at a later news conference that for the remaining part of his tenure, the focus will be on "overcoming" the challenges posed by the coronavirus, "managing the company and pushing us forward strategically."

He informed the board that he would not seek reappointment as CEO when his contract ends in October 2021, HKEX said. He has agreed to stay on until the end of the contract or until a successor is appointed, it said.

"The board is confident that the succession process will be smooth and orderly and that the group is on a strong foundation," Laura Cha, the chairman of HKEX and head of the search committee, said in a separate statement.

During his time at HKEX, Li earned the nickname "Mr. China" for shaping the exchange as a gateway to the mainland's financial markets through programs such as Stock Connect. The connect program links HKEX with the Shanghai and Shenzhen exchanges covering more than 2,000 stocks.

The program launched in 2014 and allows Chinese investors to buy and sell Hong Kong-listed shares and gives international investors access to mainland-listed stocks. It posted record turnover in the first three months of the year.

Li was behind the exchange's only overseas acquisition to date. In 2012, HKEX bought the London Metal Exchange for 1.4 billion pounds ($1.7 billion) with the aim to connect the West with China, the world's largest consumer of industrial metals.

In 2013, Li came up with a plan to lure China's big technology companies to Hong Kong from U.S. markets and eventually succeeded in 2018: his push for weighted voting rights allowing companies with different share classes to be listed in Hong Kong. That paved the way for Alibaba Group Holding's $13 billion secondary listing in the city last year.

"The vibrancy and growth that Mr. Li has brought to Hong Kong in the capital market helps reinforce the status of Hong Kong as a leading international financial center," Paul Chan, Hong Kong's financial secretary, said in a statement.

Li was born in Beijing and grew up in northwest Gansu Province during the Cultural Revolution. Before leaving for the U.S. for further study, he was an offshore oil worker in the North China Sea and then an editor-reporter for China Daily.

He earned a law degree at Columbia University in New York and worked for a few years at law firms, including Davis Polk & Wardwell. That was followed by 16 years in banking: first at Merrill Lynch and then JPMorgan Chase, where he rose to become chairman of the bank's China operations.

He joined HKEX in 2009 and became CEO the following year.

HKEX shares extended their decline to as much as 4% after the results were reported at midday on Thursday and Li's announcement. The stock closed down 2.8%, while the Hang Seng Index declined 0.7%.

HKEX shares have climbed 67% since his appointment in January 2010, while the Hang Seng Index has risen 10%. Revenues and profits at the exchange have doubled in the period.