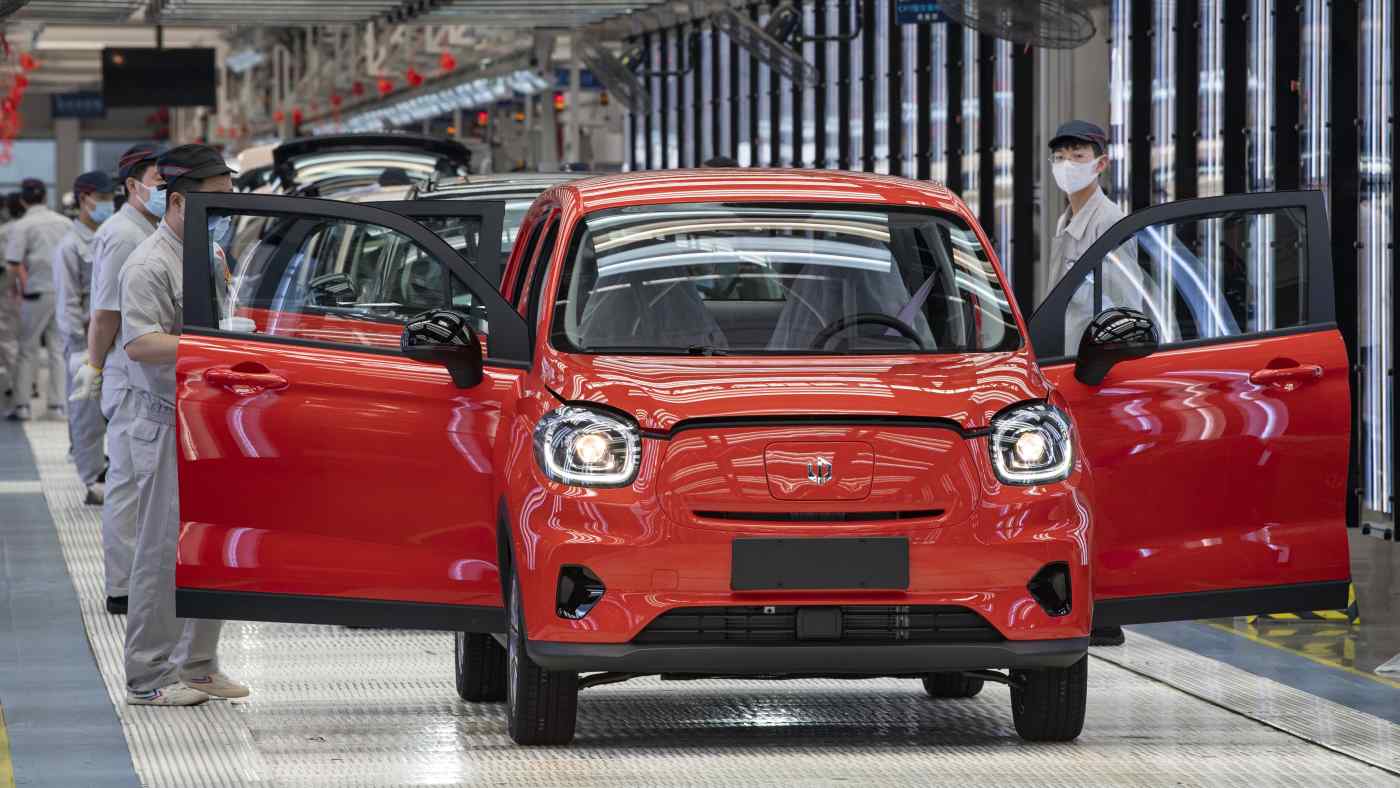 HONG KONG (Reuters) -- Chinese electric vehicle maker Zhejiang Leapmotor Technology is aiming to raise $1.03 billion in a Hong Kong initial public offering, according to regulatory filings, that would be the largest in the city in 2022.

Leapmotor's deal comes as China Vanke's property services group Onewo Space-Tech Service is in the market raising up to $733 million in its IPO, which was launched Monday. Onewo had hoped to raise $2 billion but scaled back the size of its IPO.

The two deals are the largest in Hong Kong since February, and dealmakers hope a positive response could prompt more IPOs before the end of the year.

Bankers and lawyers remain pessimistic, though, about a major bounce back in IPOs as China-U.S. tensions remain high, the Russia-Ukraine war still exists and inflation stays stubbornly high in most parts of the world.

Leapmotor had planned to raise $1.5 billion but reduced the size of the deal after a lukewarm response from investors, sources previously told Reuters.

The IPO was paused a fortnight ago following the company's initial briefings with potential investors while financial markets were volatile, the sources said.

The company will have a market capitalization of $6.99 billion to $9.03 billion based on the price range flagged to investors.

Final pricing of the shares is due to occur on Friday and the stock will start trading on Sept. 29.

Leapmotor has locked in five cornerstone investors -- led by the Zhejiang and Jinhua industrial funds -- who will buy up to $308.33 million shares, according to the filings.

Leapmotor produces four electric vehicle models that mainly target China's middle- and lower-end mass market in a price range of 79,500 to 300,000 yuan ($11,470 to $43,270), according to its website and prospectus filed with the Hong Kong Stock Exchange.

The company was ranked 12th in terms of sales in the first seven months among all EV makers in China, with a market share of 2.3%, according to data from the China Passenger Car Association.

The majority of the cash raised will be used for research and development and expanding production capacity, the filings showed.