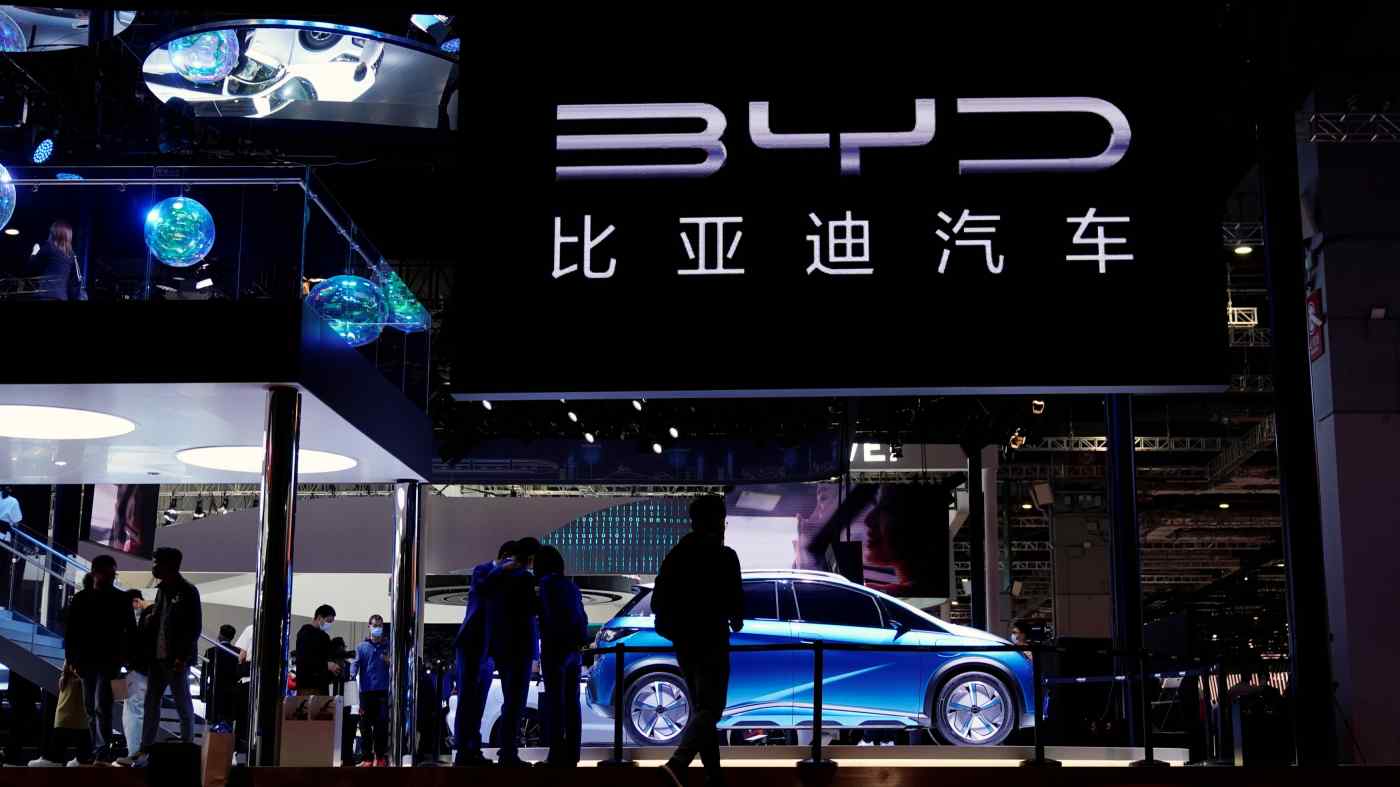 HONG KONG -- BYD, one of China's largest makers of electric cars and buses, is moving ahead with plans to list its semiconductor subsidiary even as rivals scramble to acquire chips to keep up production of their vehicles.

BYD shares rose 4.9% in both Hong Kong and Shenzhen on Wednesday in reaction to the company's disclosure that its board had approved plans for an initial public offering of the chip business on the Shenzhen Stock Exchange's ChiNext board.

The 49-page filing contained no discussion of the factors driving the financial results. BYD, which is 8.3% owned by Warren Buffett's Berkshire Hathaway based on most recent filings, gave no indication of the size or timing of the upcoming IPO.

The chip unit has already enabled BYD to take care of its own semiconductor needs even as rivals such as New York-listed Nio are scaling back EV production because of a lack of supplies.

"According to BYD, it has no chip shortages issue on their NEV (new-energy vehicle) production" for the April-June quarter, Citigroup analyst Jeff Chung wrote in a client note this week. Alexious Lee of Jefferies, meanwhile, wrote, "BYD may be vulnerable to raw material inflation but is less impacted by the global chip shortage due to self-sufficiency."

The group took in 2.7 billion yuan from 34 external investors during two rounds of fundraising last year for BYD Semiconductor, previously known as BYD Microelectronics. Its ownership of the business fell to 72.3% as investors including a joint venture involving U.S. venture capital group Sequoia Capital and a fund run by smartphone maker Xiaomi came on board, along with various state-sponsored funds including the technology-focused State Development & Investment Corp.

These investors paid an average of 22 yuan for each share in BYD Semiconductor in transactions that valued the company at about 10 billion yuan, based on the figures in BYD's latest filing. Chinese investment bank CICC, which is advising BYD on the IPO, has more recently valued the unit at around 30 billion yuan, according to a person familiar with its calculations.

Under agreements with its external investors, BYD is obliged to buy back their shares in the chip unit under specific undisclosed circumstances, which may relate to a possible failure to complete the IPO within a certain time frame. In BYD's annual report published last month, it calculated that repayment obligation at 2.77 billion yuan as of Dec. 31.

BYD said in its latest filing that the IPO would enhance the subsidiary's "brand recognition and market influence" and better realize its market value while expanding the group's own fundraising capabilities. The separate listing would also improve the unit's corporate governance and management efficiency, BYD said.

Jefferies' Lee, who has a "buy" on the group's shares, said the listing "will accelerate external supply and make BYD more defensive amid the global chip shortage." Citigroup's Chung, who also rates BYD a "buy," called the chip unit an "efficient and intelligent semi(conductor) supplier."

The chip unit was set up in 2004 and has been involved in developing, designing and producing power semiconductors, IC chips, sensors and LED products which have been used in BYD's electric vehicles as well as in other industrial and commercial applications over the years. Aside from cars, BYD has also staked out a presence in mobile phone assembly, solar panel production and even COVID mask making.