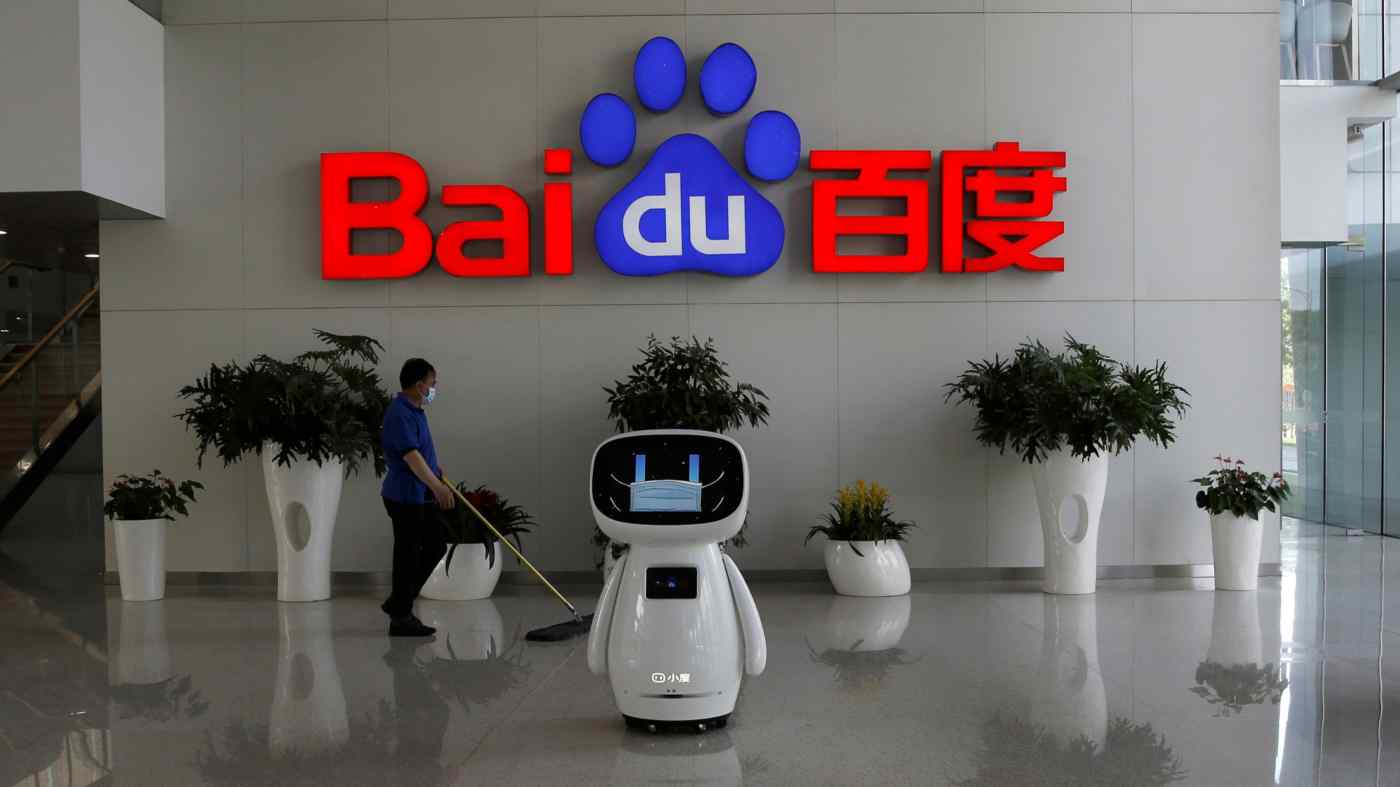 HONG KONG -- Chinese search engine giant Baidu plans to raise $3 billion through a secondary listing on the Hong Kong market this month, according to a term sheet.

The figure is lower than the $5 billion target that was set before the market sell-off of tech stocks eroded a fifth of the value of the company.

Baidu listed on the Nasdaq in 2005, but is now braving a sell-off to raise funds closer to home as a hedge against a forced delisting in the U.S. It plans to sell a 3.4% stake in the secondary listing with one American depositary receipt on the Nasdaq equal to eight Hong Kong shares.

The sale opened to institutional investors Thursday with pricing expected on March 17 and a Hong Kong debut scheduled for March 23. The retail offering in Hong Kong, which opens on Friday, will carry a maximum price of 295 Hong Kong dollars ($38) per share or a 15.2% premium to the closing price in the Nasdaq on Tuesday, according to the term sheet.

Nasdaq-listed Baidu shares were up more than 4% on Thursday morning in New York, rising past $264.

Underwriters have the option to take up an extra 15% of the shares as part of a greenshoe option, which would boost the overall amount raised to $3.5 billion.

"Preliminary discussions with potential investors have been very positive," a person familiar with the transaction said. "Despite the recent volatility, we believe investors will look at the long-term value of Baidu."

The search engine operator's shares have dropped 22% from mid-February through Wednesday after a strong start to the year as part of a wider sell-off of technology shares in favor of cyclicals such as financials as economic growth picks up, which has stoked inflation expectations and a rise in long-term interest rates.

Because of the unsettled market, Chinese car sales website Autohome raised $688 million through a secondary listing in Hong Kong this week, or about a third lower than originally expected.

Baidu gained the approval of the Hong Kong Stock Exchange's listing committee last week and could have launched the listing earlier this week if not for the market volatility, the person familiar with the transaction said.

Short video app Bilibili has also secured approval for a secondary listing in Hong Kong and could open its offering as early as next week subject to market conditions, according to a person familiar with the matter. Bilibili is up 7% on Nasdaq as of Thursday morning.

Baidu is eager to list closer home as tensions rise between Washington and Beijing.

Chinese oil company CNOOC, which listed on the New York Stock Exchange in 2001, became the fourth company after China Mobile, China Unicom (Hong Kong) and China Telecom to be ejected from the exchange based on an executive order issued by then-President Donald Trump in November banning U.S. investment in companies found to have ties to the Chinese military. All four have requested a review of the decision.

Wang Xiaochu, the chief executive of China Unicom, told reporters Thursday that U.S. investors would be harmed the most by these delistings since they would be unable to own some of the world's fastest growing companies.

While Baidu is best known for its namesake internet search engine, the company is diversifying its businesses to cover smart devices, autonomous driving and cloud computing -- areas that particularly concern the U.S. authorities in the increasingly intense tech rivalry with China.

Many top engineers in the U.S. work for Baidu at its artificial intelligence research centers in Silicon Valley and Seattle. This opens the company to the danger of being included in another possible round of Chinese tech company delistings.

Baidu's close ties with the Chinese authorities also puts the company at risk. As the operator of China's largest search engine, the company for years has played an integral role in Beijing's online censorship. Its founder and CEO, Robin Li, has been a committee member since 2013 of Chinese People's Political Consultative Conference, the country's top political advisory body and is summoned to Beijing every March for gatherings with Communist Party leaders.

While most of the companies blacklisted by the Trump administration were state-owned enterprises, the example of smartphone maker Xiaomi show that even private companies could face sanctions.

In response to a legal challenge by Xiaomi to its blacklisting, the Defense Department said that Xiaomi had been singled out because of a state award given to Chief Executive Lei Jun for his services to the government as well as company's plans to invest in areas such as 5G and artificial intelligence.

Besides the blacklist, mainland companies listed in the U.S. also face risk from a law enacted last year to boot Chinese companies off U.S. exchanges unless American regulators are permitted to review their financial audits. Beijing forbids such reviews, citing national secrets.

The deluge of such transactions has meant new listings in Hong Kong have had their best start to year ever.