JAKARTA -- The founder of CT Corp, one of Indonesia's largest conglomerates, aims to modernize and list the massive, 34-year-old entity -- and is banking on Japanese expertise to make it happen.

Giving up their closely held status is a rarity among large, family-run Indonesian business groups. But Chairul Tanjung, who is also CT's chairman, told Nikkei Asia that getting it ready for an IPO and going public will "institutionalize" the business and ensure its continuity beyond his own tenure.

"[An] IPO is to make sure the company is more transparent, [there is] more governance, more institutionalization," said Tanjung in a recent interview, offering a listing time frame of the next "five to seven years." The executive also served as Indonesia's coordinating minister for economic affairs during Susilo Bambang Yudhoyono's presidency.

"In order for CT to be IPO-ready, it needs to have a certain level of organizational structure in place, and we can help with that," said Koji Nagatomi, chief operating officer of Mitsui's Asia-Pacific business unit. Nagatomi added that should CT go ahead with its IPO and Mitsui decides to convert its bonds into shares, the Japanese corporation will be "a significant minority shareholder in the company." Some of Indonesia's large family-owned conglomerates began operations even before the country's independence in 1945. They typically have a complex ownership system, which allows founding families to maintain group control, a phenomenon also seen in South Korea and other parts of Asia.

And while they list subholding companies and group subsidiaries, these huge conglomerates operate in an opaque manner through different vehicles and cross-holdings between group entities.

But CT, a relatively newer player, has grouped most of its businesses under a fairly well-delineated umbrella. "We are born in a different generation with other conglomerates," said Tanjung, who turns 59 on Friday. "We are still in the first generation [of the founding family], they are in the second generation, some [are] already in[the] third generation. When they started the business, the environment was different."

Tanjung established CT Corp in 1987 as a shoe manufacturer, later branching out into financials and acquiring an ailing bank in the mid-1990s. Now some 30 years later, it is one of the largest conglomerates in Indonesia with businesses in media, entertainment, finance and retail. Partners include CNN and CNBC, both of the United States, in media, while its bank, Bank Mega, is the 14th-largest lender in Indonesia by assets. The group's supermarkets operate under the Carrefour brand, having acquired a 100% stake in the French retailer's Indonesian business in 2012. 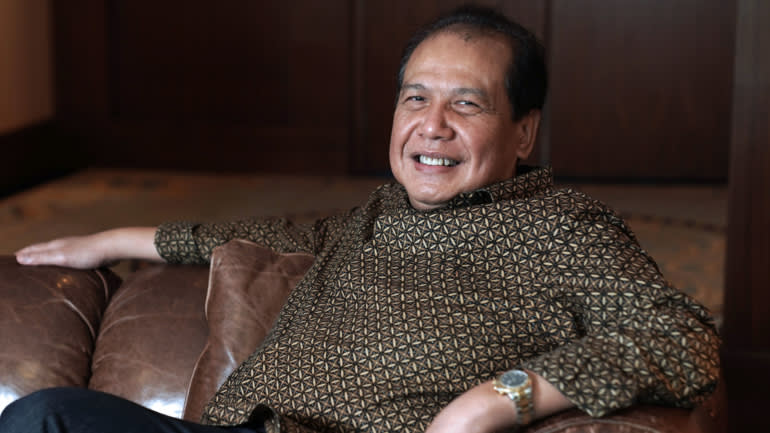 Tanjung wants CT to be a "global champion." (Photo by Dimas Ardian)

CT made 46.4 trillion rupiah ($3.25 billion) in sales and had 181.4 trillion rupiah of assets as of the end of 2019. That would have made it the 14th-largest company in terms of sales, and 13th-largest by assets, among Indonesia's listed companies at that time, according to data from Factset.

Part of its makeover will involve appointing a new CEO. That would be a departure from CT's current structure in which Tanjung has the ultimate say in making decisions, and also from norms wherein family members of Indonesian conglomerates retain control.

While Tanjung did not rule out the possibility of his daughter Putri taking over at some stage -- the 24-year-old is already the "chief experience officer" of CT Corp and a member of President Joko Widodo's advisory team -- he said institutionalizing the company for an IPO was for the long term.

"Putri may have the capacity" for leading CT Corp, the founder said, adding that she is "smarter than me, more creative, more innovative." But, he added: "I also don't want the company to just succeed for the second generation, and be gone in the third generation. That happens a lot in Indonesia. So we want to make sure [through institutionalization and an IPO] to make CT Corp always sustainable, [for] 100, 200, 1,000 years." Retail is a key part of CT's operations and Tanjung wants to expand to countries like Pakistan and Bangladesh. (Photo by Ismi Damayanti)

Tanjung said that the group was now powering ahead with the digitalization of its businesses, as it anticipates digital-friendly millennials gaining more purchasing power. Its media, retail and finance businesses will allow the group to access the data of millions of customers, which it can use to provide personalized recommendations and promotions.

The plan also involves launching a digital bank. CT's finance subsidiary Mega Corp acquired Bank Harda Internasional last year. The small local lender is tapped to become the digital banking arm of CT Corp. Relevant applications for digital banking operations will be submitted to authorities by the end of June and Tanjung expects to obtain approval in two to three months. A digital banking app will double as a pseudo "super app," whereby users can make purchases within the CT ecosystem.

That business model pits CT directly against Indonesian tech companies such as GoTo as well as Singapore-based Grab and Sea, which both count Indonesia -- Southeast Asia's largest economy -- as their biggest market. A key part of the business is analyzing user data and providing personal recommendations and promotions to keep people on their platforms. GoTo and Sea are also moving into the banking sector, with GoTo investing in small lender Bank Jago -- now the country's third-largest bank by market cap. Sea, meanwhile, has taken control of small lender Bank Kesejahteraan Ekonomi.

But Tanjung believes a consumer-facing conglomerate like CT has an edge over the tech companies. "Their business model is burning ... money to get the customer. The customer is not loyal. If somebody else burns money, they will move," he said. 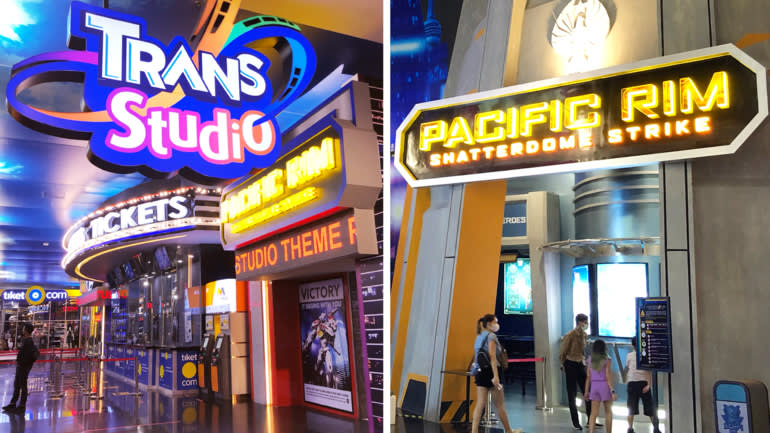 "More than 150 million unique visitors come to Detik," he said, referring to one of CT's online media outlets. Tanjung also cited a daily average figure of between 500,000 to 1 million people visiting all of its retail stores. "We can collect data about them without spending money, he said. "Why? Because they are loyal, because they need our service."

CT Corp's rise was aided by the growth of Indonesia's middle class, which according to the World Bank, grew from 7% of the population to 20% in the 15 years from 2005, with another 45% of its population classified as aspiring middle class. But the country's population of more than 270 million and burgeoning middle class can also be a double-edged sword: Providing an enormous domestic market for its companies often translates into missed expansion opportunities abroad.

While Tanjung believes there is still ample room for CT to grow inside Indonesia, he said the group will start to invest in foreign markets after the coronavirus pandemic ebbs.

"It will be a good time for investment," Tanjung said, adding that he is looking at countries similar to Indonesia in categories like income per capita and demographics. "For example, Pakistan, Bangladesh, they have a very youth[ful] population. If we can [take our] retail, entertainment [there], we can beat the competition," he said.