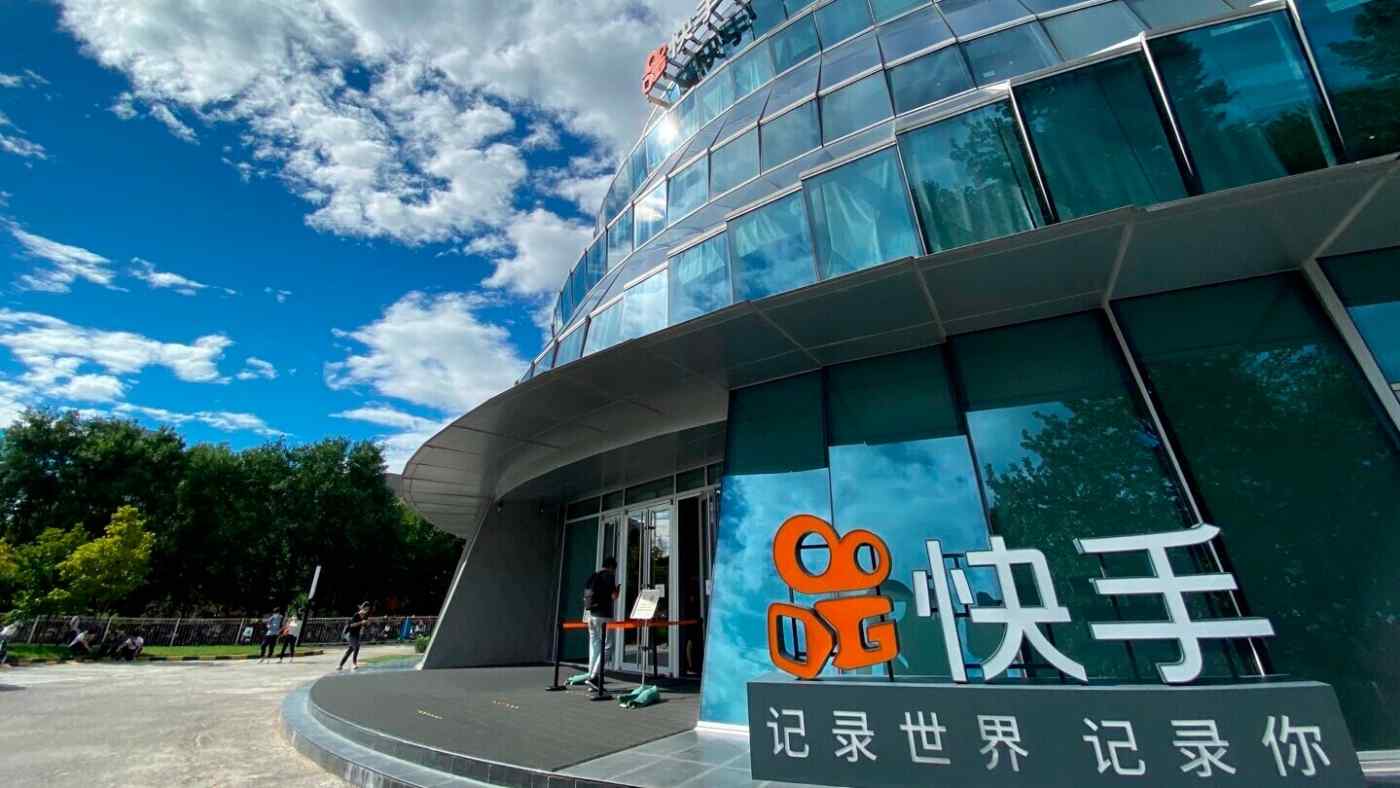 HONG KONG -- Kuaishou Technology soared as much as 200% on its stock market debut on Friday as it recorded the biggest opening-day gain ever for a large Hong Kong IPO.

The jump made the Chinese short-video app operator the fifth-most valuable company on the Hong Kong Stock Exchange, well ahead of traditional blue chips such as Industrial & Commercial Bank of China and PetroChina, with a market capitalization of 1.23 trillion Hong Kong dollars ($158.66 billion).

Shares of Tencent Holdings-backed Kuaishou opened at HK$338 and rose as high as HK$345 from its issue price of HK$115 following record demand in its share sale. The stock closed at HK$300, the day's low point.

Kuaishou's 160.9% rise for the day eclipsed the 152% first-day jump of biotech Ocumension Therapeutics last year, previously the highest initial gain for an IPO of at least $100 million, according to data from Dealogic.

Kuaishou, a rival of ByteDance-owned Douyin, the Chinese version of TikTok, raised $5.4 billion in its IPO. If underwriters exercise their overallotment option, the offering would become the city's largest IPO since August 2018 when mobile network infrastructure company China Tower raised $7.4 billion.

Kuaishou's new market cap compares with a valuation of $60 billion at the issue price, which by itself was double the level at which the company was valued a year ago when it privately raised about $5 billion, according to people familiar with the transactions.

The IPO attracted 1.42 million applications from individual investors, or almost one in every five Hong Kong residents, according to an allotment notice. Investors placed a record $162 billion in share orders -- equal to bids for Ant Group's canceled offering, which would have been the world's largest IPO -- and equivalent to 1,204 times the amount of Kuaishou shares on offer.

"While by our estimates, the stock is a bit expensive, investors are attracted by the future earnings potential that Kuaishou promises," said Kenny Wen, a wealth management strategist at Everbright Sun Hung Kai in Hong Kong. "The open is a good sign for the broader IPO market in the city as such performance will only draw more investors in."

Founded by former Google engineer Su Hua and ex-Hewlett-Packard developer Cheng Yixiao, Beijing-based Kuaishou started out as a tool to generate animated images known as GIFs in 2011. It later launched a short-video social platform and added livestreaming features. It has more than 300 million users -- mostly in China -- and is expanding into gaming, online education and e-commerce.

Kuaishou generates most of its revenue through the sale of virtual gifts but that business is declining as a share of overall revenue as Kuaishou expands into other areas, partly driven by tighter regulations. It is investing heavily in e-commerce and has resorted to subsidizing consumer purchases.

The video app company initially offered only 9.1 million shares to retail investors in the IPO, or 2.5% of the total sale, but that expanded to 6% under a deal clause that kicked in because the retail offering was more than 95 times oversubscribed.

The institutional portion of the IPO, which included commitments of $2.45 billion from 10 cornerstone investors, including BlackRock, Singapore investment company Temasek and Fidelity, was subscribed 39 times, Kuaishou said.

Analysts say investors' appetite for IPOs has been backed by a desire to participate in fast growing segments of the Chinese economy amid a flood of liquidity, cheap borrowing costs and hopes that COVID-19 vaccines will lift riskier assets.

Kuaishou's e-commerce sales more than tripled to 204 billion yuan ($31.5 billion) in the first nine months of 2020 compared with the entire year of 2019, according to its IPO prospectus.

It reported an adjusted loss of 7.2 billion yuan for the first nine months of 2020 compared with an adjusted profit of 1.8 billion yuan in the same period a year earlier, after its selling and marketing expenses surged as part of an effort to build its brand.

Revenue climbed 49% to 40.6 billion yuan over the same period. The company plans to use its IPO proceeds for research and development, acquisitions and building its ecosystem.

ByteDance, the owner of Douyin and TikTok, is expected to dual list later this year in Hong Kong and Shanghai. Bilibili, another Chinese video app, has filed a confidential application for a Hong Kong secondary listing worth as much as $3 billion.