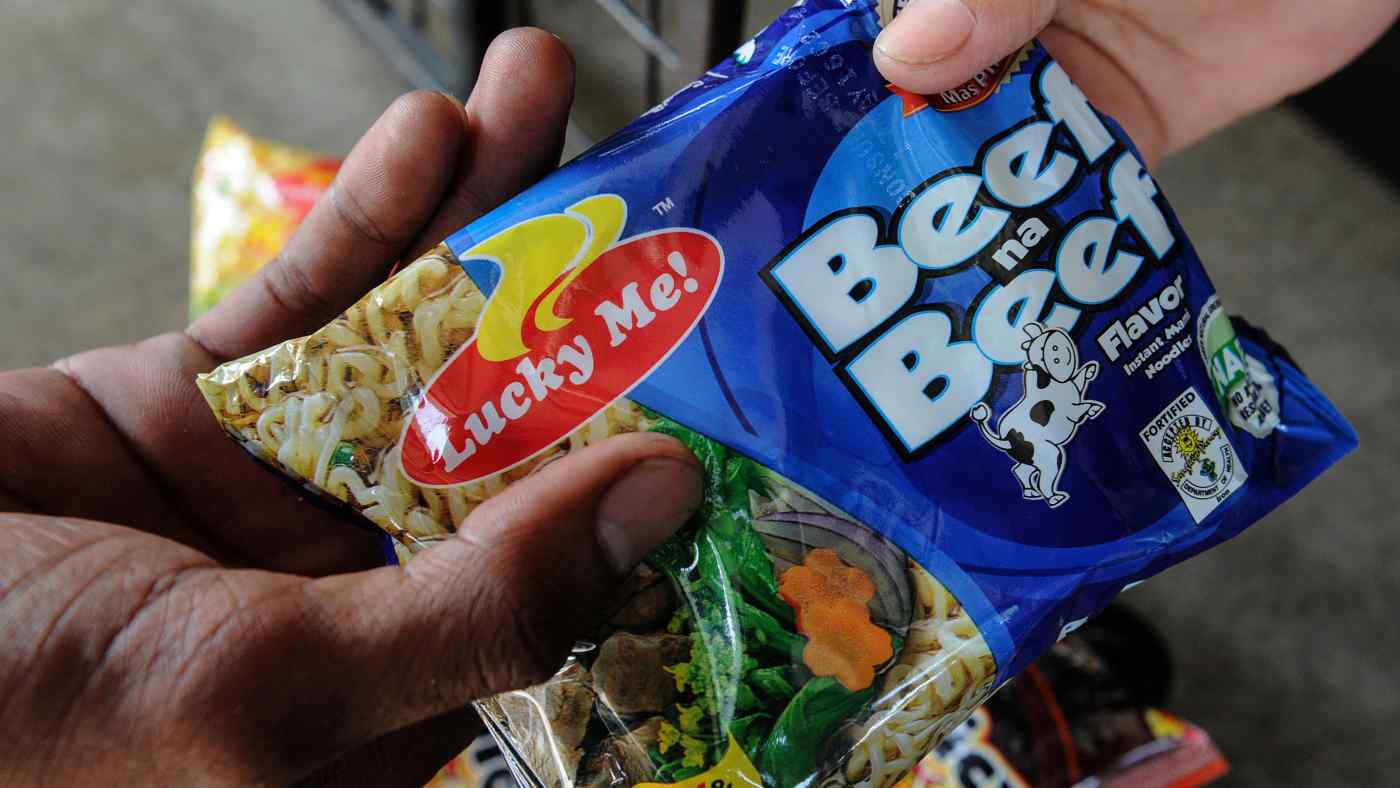 But trading on the Philippine Stock Exchange got off to a slow start, with its stock opening down 0.15% at 13.48 pesos and closing at the same price, in line with the performance of Manila's benchmark index, which dipped 0.02%.

Nevertheless, Monde Nissin's IPO, which includes an option to sell 540 million more shares, is a boon for the PSE, historically a laggard among Southeast Asia exchanges.

Philippine Finance Secretary Carlos Dominguez, speaking at the listing ceremony, touted the IPO as a "testament to the high confidence of investors in the post-pandemic recovery of the Philippine economy," which shrank by a record 9.6% last year, Southeast Asia's worst recession.

Monde Nissin CEO Henry Soesanto emphasized the potential of its U.K subsidiary, saying, "Quorn is at the forefront of the global shift towards sustainably produced food for health- and environmentally-conscious consumers."

The IPO, which valued Monde Nissin at 242.6 billion pesos, was backed by 11 cornerstone investors, including Fidelity International, Singapore's GIC and Hong Kong insurer AIA. Those key investors gobbled up over half of the shares offered. The whole offer was multiple times over-subscribed, the company said.

Monde Nissin's offer price was already at a premium compared with those of its peers. At 13.5 pesos apiece, local brokerage COL Financial put the company's price-earnings ratio at 26.5 times, slightly above Gokongwei-led Universal Robina, at 24.5 times, and the 21 times average for the country's consumer-focused stocks.

Monde Nissin, which is not affiliated with Japan's Nissin food conglomerate, is seeking to cash in on the Philippines' consumer-driven economy, home to around 110 million people, and the growing trend of plant-based meat alternatives.

The company is the market leader in the Philippines' instant noodle segment, with Lucky Me! commanding around 70% of the market. It also owns local household names such as Sky Flakes crackers and Mama Sita's condiments.

The company took over the Quorn brand in 2015 for 550 million pounds in one of the largest overseas acquisitions by a Philippine company.

It plans to expand those business segments by using close to 60% of the IPO proceeds to bankroll a three-year capital expenditure program. The rest will be used largely to cut debt.