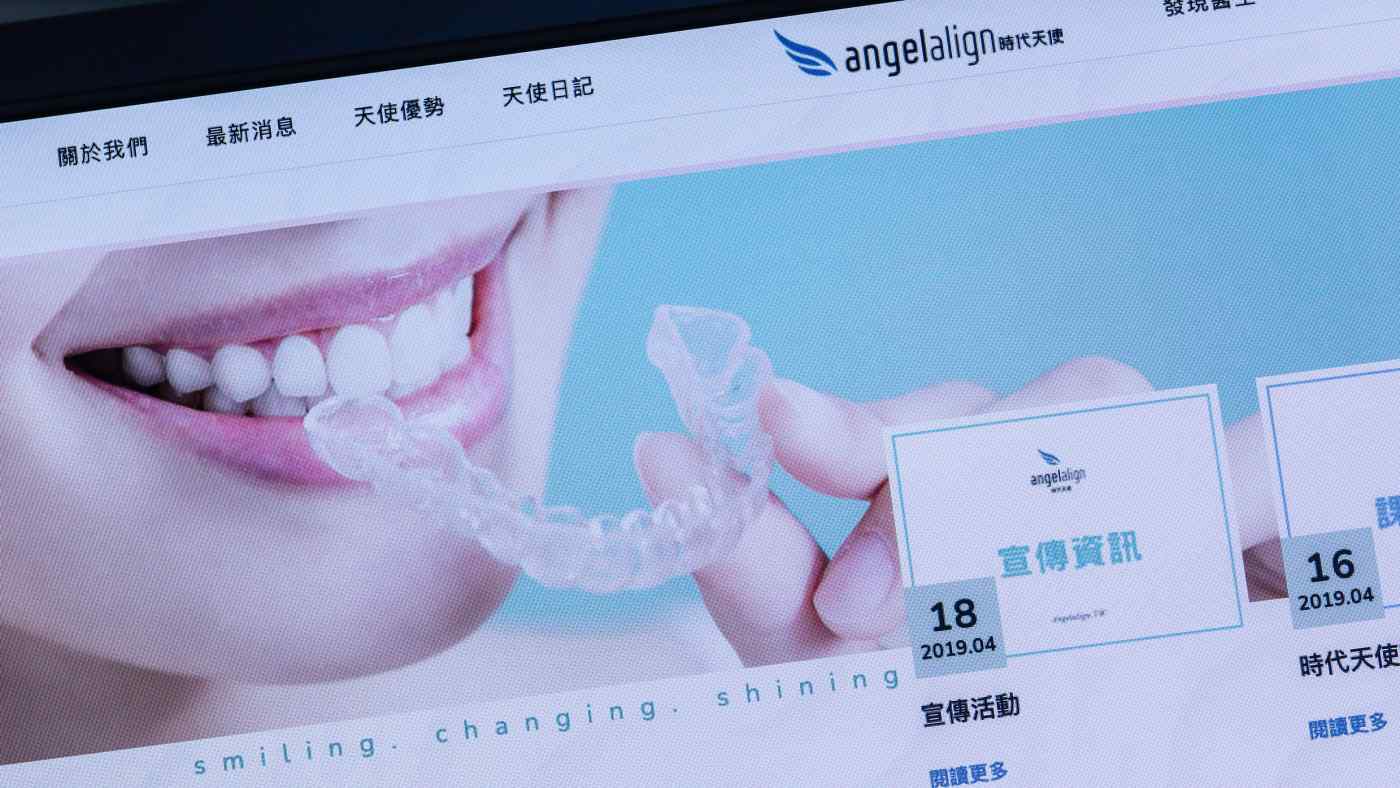 HONG KONG -- Shares of Angelalign Technology nearly tripled in price in the debut of China's version of Invisalign in Hong Kong on Wednesday, a performance that may put to rest concerns the city's IPO market was running out of steam.

"Angelalign had rapid growth in recent years with bright growth momentum," said Kenny Ng, securities strategist at brokerage Everbright Sun Hung Kai. "Secondly, the relatively small number of new shares issued by Angelalign this time had led to an enthusiastic subscription by investors. And this situation became the most important factor in stock price rise today."

Angelalign raised 2.91 billion Hong Kong dollars ($374.87 million) in selling 11% of its stock, generating a remarkable level of demand. Mom and pop investors submitted $78 billion in orders, representing a subscription level of 2,079 times the shares on offer, the second-highest seen this year, behind only New Horizon. Institutional investors put in bids equal to 115 times the shares on offer, a new high for the year.

The first day pop for Angelalign will shore up confidence in the Hong Kong IPO market, which lost steam after its best-ever start to a year as a series of IPOs dropped on debut or soon after. Fourteen of 20 listings in the city since the start of March, including Chinese internet search company Baidu, are trading below issue price.

Just nine companies have listed in the city since April 1, marking the slowest start to a quarter in 12 years.

However, activity appears to be accelerating again, with two offerings open for subscriptions and a host of others holding investor meetings. Companies including Tencent-backed WeDoctor, one of China's biggest online health care startups, NetEase music streaming platform Cloud Village and U.S.-listed companies including Vipshop and Tencent Music Entertainment are working on Hong Kong listings, according to people familiar with the efforts.

Angelalign offered 16.8 million shares via its IPO, with the top 25 investors allocated more than half the shares, according to an exchange filing.

Angelalign, along with Nasdaq-listed Align Technology, which owns the Invisalign brand, are the dominant players in the fast-growing Chinese clear aligner market, according to Angelalign's prospectus. The market is expected to expand to $11.9 billion by 2030 from $1.5 billion in 2020.

Amid the trade war and coronavirus pandemic, Angelalign has gained market share in China from Invisalign. Last year, its net profits climbed 122% as revenues rose 26%.

The company, which has also started to explore overseas markets, plans to use the IPO proceeds to expand manufacturing facilities, upgrade technology and increase marketing.

At the current market price, Angelalign is trading at over 100 times 12-month forward earnings, more than double the valuation commanded by Align. Some observers expect investors to quickly start taking profits.

"[The company] benefits from two themes: domestic medical devices replacing foreign brands, and demand growth for the aesthetic," said Ke Yan, an IPO analyst at DZT Research publishing on the Smartkarma platform. "We think the company will trade at a significant premium to its fair value," he added putting its fair value at HK$187 a share.