Operator of Kredivo service in Indonesia targets the unbanked and underbanked 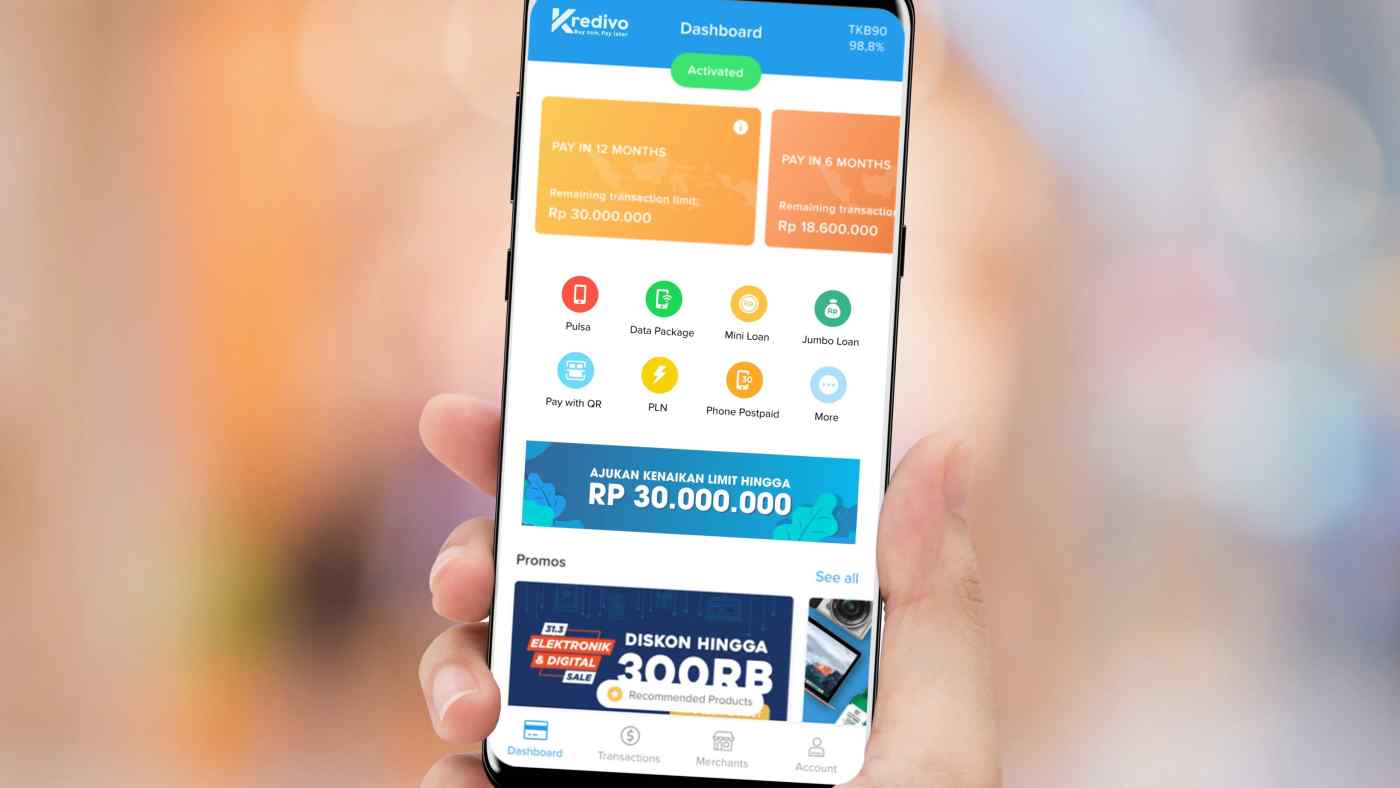 TOKYO -- FinAccel, the fintech startup that operates the "buy now, pay later" service Kredivo in Indonesia, will list in the U.S. market via a "blank check" company in a deal that values the combined entity at $2.5 billion.

The Singapore-headquartered company is the latest Southeast Asian tech company to jump on the special purpose acquisition company (SPAC) bandwagon, following the announcements of Singapore-based Grab's $40 billion deal in April and online realty company PropertyGuru's $1.78 billion one in July.

FinAccel's announcement, on Tuesday in Indonesia, will likely add to international interest already being shown in the delayed settlement space, as exemplified by U.S. payment company Square's agreement on Monday to acquire Australia's Afterpay in a $29 billion deal.

Kredivo is essentially a digital credit card service mostly for e-commerce, allowing consumers to purchase a product and pay at a later date. It charges no interest for payment within 30 days of purchase, and 2.6% interest per month for installments of three, six and 12 months.

Such services have grown rapidly on the back of Indonesia's vast underbanked population, who have increasing purchasing power but are deprived of credit services such as conventional cards.

FinAccel will merge with VPC Impact Acquisition Holdings II, a SPAC sponsored by Chicago-based Victory Park Capital. The deal will include a private investment in public equity (PIPE) of $120 million from six investors, including Victory Park Capital. Square Peg Capital and South Korea's Naver, both existing investors in the company, also agreed to invest $55 million.

The merger is expected to close "no later than the first quarter of 2022," FinAccel and Victory Park Capital said in a statement.

"Unlike Western markets, where credit is readily accessible, traditional banks in Southeast Asia have historically provided little consumer credit in our markets, which creates a large opportunity for Kredivo," said Akshay Garg, co-founder and CEO of FinAccel.

"Considering that 66% of Southeast Asia's population is unbanked or underbanked, we also see a very attractive opportunity to serve these customers with other financial services, outside of credit," he added.

According to FinAccel's investor presentation, the company posted revenue of $74 million in 2020, a 60% increase compared to the previous year. It estimates revenue will reach $320 million in 2022. It posted a net loss of $23 million in 2020 and had 2.2 million cumulative users last year.

FinAccel will launch its services in Vietnam this year and in Thailand and the Philippines next year, the presentation said.

The startup also has plans to launch a digital bank in Indonesia this year to offer auto loans, housing loans and other wealth products. It laid the foundation by acquiring a 24% stake in the small Indonesian lender Bank Bisnis Internasional in May, and FinAccel said there is an option to acquire 75% of the lender by April next year.

"Kredivo's entry into [digital banking] has natural synergies with its core business and taps into the full banking revenue pool," it said.