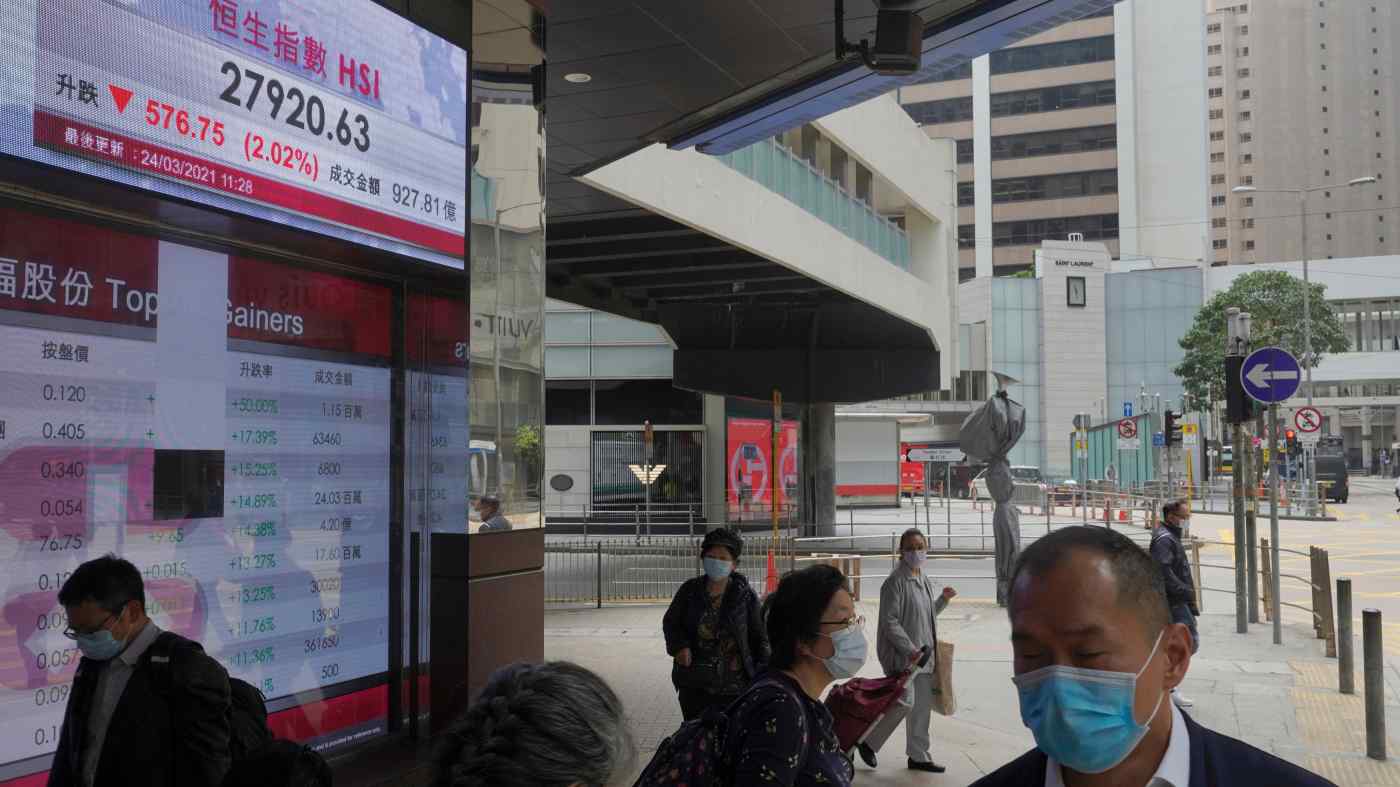 The Hong Kong stock exchange has had its best start to a year ever for new listings but opening day performances have so far failed to impress.   © AP
NARAYANAN SOMASUNDARAM, Nikkei Asia chief banking and financial correspondentMarch 26, 2021 19:07 JST | Hong Kong
CopyCopied

Shenzhen-based Linklogis is selling 452.9 million shares at HK$16.28 to HK$18.28 each, according to its prospectus. The share sale started on Friday and will take subscriptions until March 31 when a final price will be set. The shares are scheduled to begin trading on April 9.

Linklogis is part of a spree of initial and secondary share offerings on the Hong Kong stock exchange, which has had its best start to a year ever for new listings.

However some recent offerings in the city have made disappointing debuts, with a tech sector sell-off and an 8% drop in the city's main share index hitting opening day share performance.

Of eight debuts of companies raising at least $100 million since Feb. 1, two ended down on their first day, two were flat and two others were just nominally higher, according to data service Dealogic.

Online search giant Baidu listed on March 23 but its shares are now 15% lower than the issue price.

Online streaming site Bilibili, which is due to make its Hong Kong debut on Monday, was about 6% lower than the issue price of HK$808 a share in grey market trading on Friday.

The opening performances since February compare with average first-day gains of 19% in 2020 and 48% a year earlier among similarly sized offerings.

Linklogis is China's largest provider of technology solutions for supply chain finance and has a 20.6% market share, the company's prospectus said, citing data from research company China Insights Industry Consultancy. The company is part of a consortium that won a wholesale digital bank license in Singapore last year.

Aside from Tencent, other backers of Linklogis include Singapore's sovereign wealth fund GIC and Standard Chartered. The IPO also has the $365 million of backing from six cornerstone investors, according to the prospectus.

BlackRock and Fidelity will each buy $100 million worth of shares. Janus Henderson Funds, the Ontario Teachers' Pension Plan Board and Sequoia China will each purchase $50 million, while Singapore's EDB Investments will put in $15 million, it said.