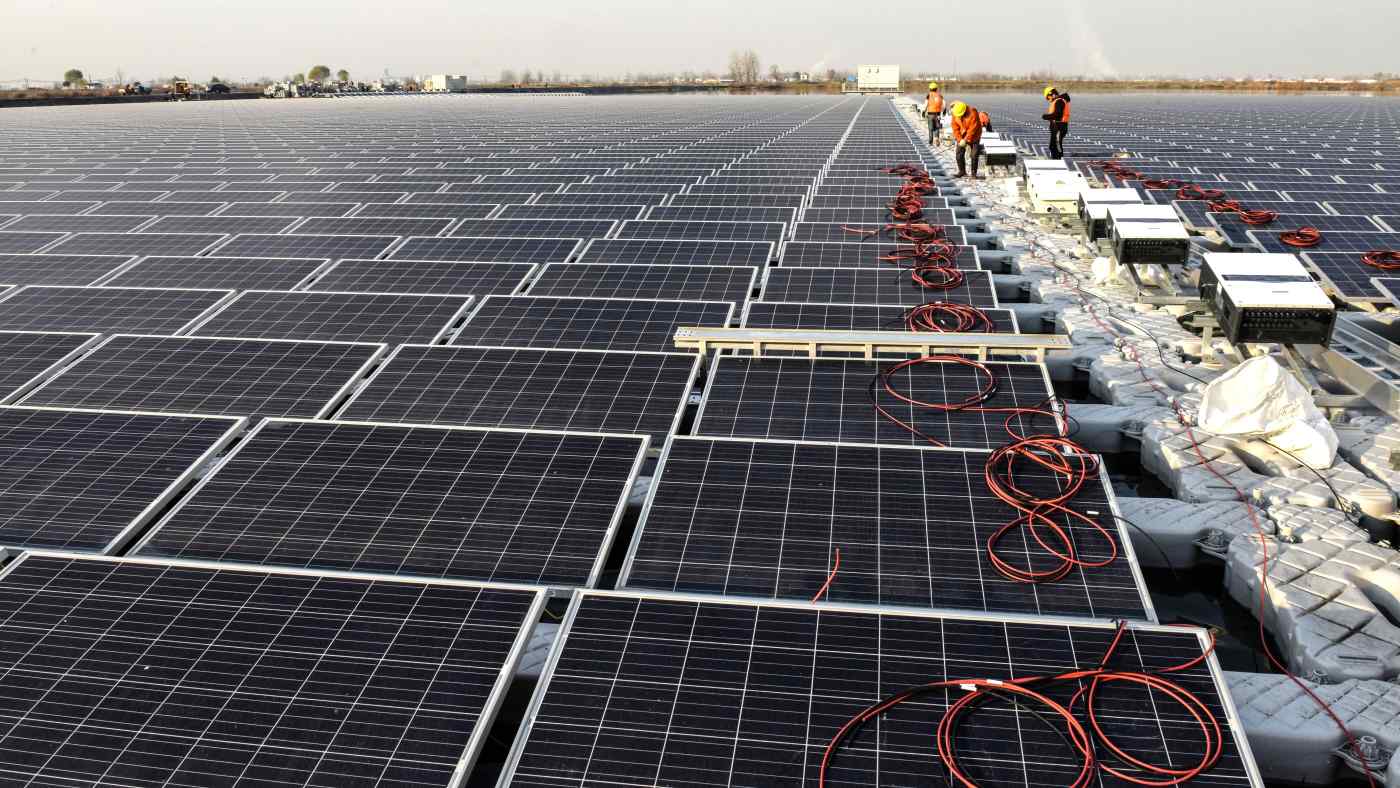 The listing of CTG Renewables, which operates wind and solar plants on the mainland, capitalized on investor interest in China's drive to fulfill President Xi Jinping's pledge last year to achieve carbon neutrality by 2060.

Trading started on Thursday at 3.18 yuan, up 20% up from CTG Renewables' IPO price of 2.65 yuan, but soon climbed to 3.82 yuan, the highest gain allowed under the Shanghai Stock Exchange's rules. It closed the day at the same price.

"We will take this listing as an opportunity to help realize carbon neutrality," Chairman Wang Wubin said in prepared remarks at a ceremony at the exchange.

Wang, wearing a long red scarf to celebrate the listing, pledged to make Xi's carbon neutrality target the company's "own mission by drawing support from the strength of the capital market."

The company raised a net 22.49 billion yuan ($3.53 billion) through the issuance of 8.571 billion shares. This marks the largest IPO on the mainland market since Beijing-Shanghai High-Speed Railway raised $4.4 billion in January 2020, just as COVID-19 was starting to spread beyond Wuhan.

China Telecom and China Mobile, which have their primary listings in Hong Kong, have applied to sell shares in Shanghai in what are expected to be even larger offerings.

Of note, the National Energy Administration of China has established a 2030 target of raising the share of wind and solar in the country's power generation to 25% from about 11%.

"The entire electricity sector could turn into the largest innovative sector given the backdrop of carbon neutrality," Liu said. CTG Renewables will use its IPO proceeds for seven offshore wind power projects along China's coast, from the Bohai and Yellow seas in the north to the South China Sea in the south. One project, planned for the Shandong Province coast, would be the country's first offshore wind plant combined with aquafarming.

The company's profit grew 27% last year to 3.61 billion yuan while revenue grew at a similar pace to 11.31 billion yuan. In the January-March quarter, business growth accelerated, with revenue up 43% from a year before and profits rising 51%, according to the latest disclosure made on Wednesday.

The company traces its origin to a fully state-owned water conservancy corporation established in 1985. It was spun off as a renewable energy business under centrally controlled China Three Gorges Corp. in 2015.

China Yangtze Power, a Shanghai-listed entity that generates electricity from the Three Gorges Dam, is a sister company. Its 2003 IPO was the fourth-largest ever completed on the mainland at that time.

The company as of Sept. 30 owned 11,890 megawatts of domestic power generating capacity. Of that, 58% was wind, 40% solar and the rest hydropower. This gave CTG Renewables a roughly 3% share of domestic wind power production and more than 2% of solar capacity.

CTG Renewables does not hold any of its parent's overseas wind power investments, which include generating assets in Pakistan, Germany, Portugal and Brazil.

With the IPO, the parent company's direct ownership will decrease to 49% from 70%, but it will retain majority control due to a small stake held via another subsidiary. State ownership will remain over 60%.

Jiang Wei, an analyst at Wanlian Securities, projected that CTG Renewables' revenue and profit will grow even faster than Soochow's Liu forecast. But in a note on Wednesday, he set a target share price of 3.60 yuan, below Thursday close.