Government wants to scrap almost 15,000 procedures that require a seal 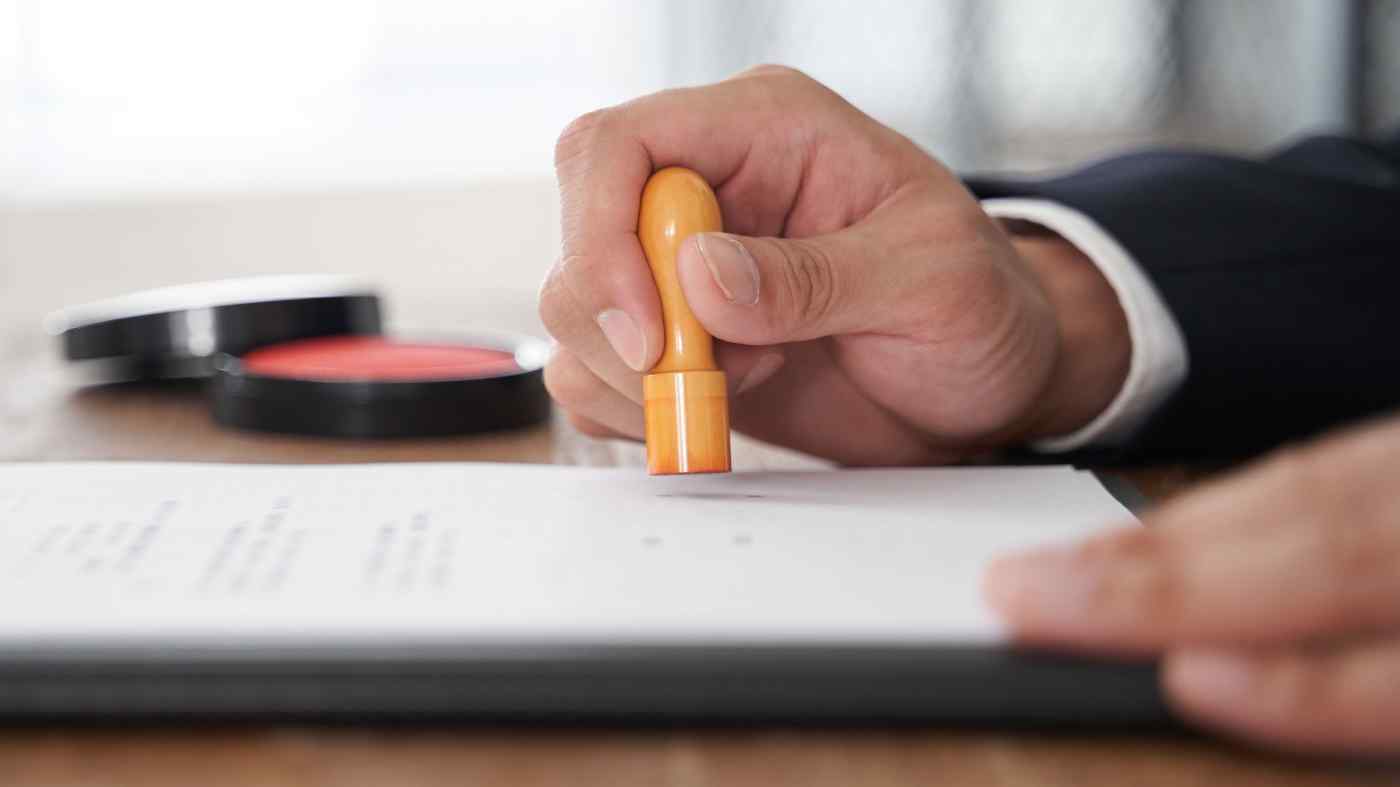 TOKYO -- Retail investors in Japan have snapped up shares in companies providing digital authentication of documents, betting that the country will make progress in updating age-old business practices for an online era.

Japan's House of Representatives passed a bill in a plenary session on Tuesday that will abolish the use of "hanko," or seals, in administrative procedures. A so-called "digital hanko" could be used instead.

After the approval of the bill, shares in system integrator Nippon RAD -- which began offering a digital signature function in 2020 -- climbed 15% in Tokyo, reaching the highest level in four months. The Japanese company is known as a computer software developer that caters to a wide range of industries, including logistics and the government.

Shares in Vector, an operator of an electronic signature service, climbed over 16%, while Tokyo-based Suzuyo Shinwart's stock price closed up over 8%. The company also launched a digital seal service last year amid a rise in remote working due to the spread of the coronavirus.

Shares in other companies that carry out similar services, including Bengo4.com and GMO GlobalSign Holdings, also rose.

The bill is a part of Prime Minister Yoshihide Suga's initiatives to digitize administrative processes in the wake of the coronavirus pandemic. The government aims to scrap more than 99% of the 15,000 procedures that require a seal.

Investors are hopeful that Japan’s progress toward eliminating the use of traditional hanko stamps will also prompt more companies to shift to using electronic signatures or seals, rather than hanko or pen and paper.

"Retail investors with ample investment capacity saw the news about the bill and decided to chase short-term gains," said Tomoichiro Kubota, a senior market analyst at Matsui Securities in Tokyo.

The gains came as the benchmark Nikkei Stock Average fell nearly 400 points, or 1.3%, after a three-day rising streak.