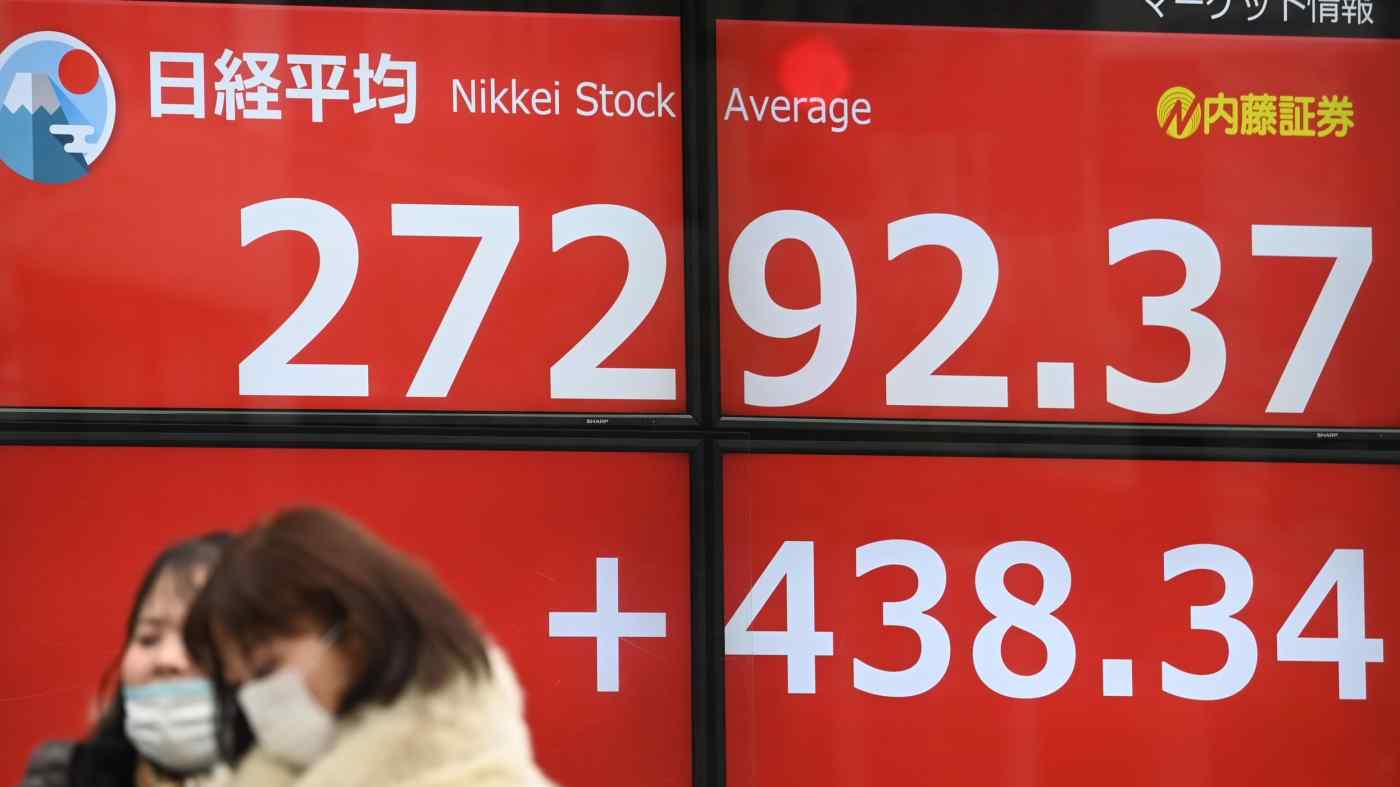 TOKYO (Reuters) -- Japan's Nikkei share average climbed to a three-decade high on Tuesday as investor risk appetite improved on hopes that the long-awaited U.S. pandemic relief package would be expanded.

The benchmark Nikkei share average rose 1.63% to 27,292.37 by the midday break, having earlier hit its highest level since August 1990. The index was also on course for its biggest daily gain in five weeks.

The U.S. House of Representatives voted on Monday to meet Trump's demand for stimulus payments of $2,000 to qualified Americans, sending the measure on to the Senate for a vote.

All but four of the 33 sector sub-indexes on the Tokyo exchange traded higher, with highly cyclical airlines and land transport among the top gainers on the main bourse.

The stocks that gained the most among the top 30 core Topix names were SoftBank Group Corp and Central Japan Railway, up 3.35 % and 2.83%, respectively.