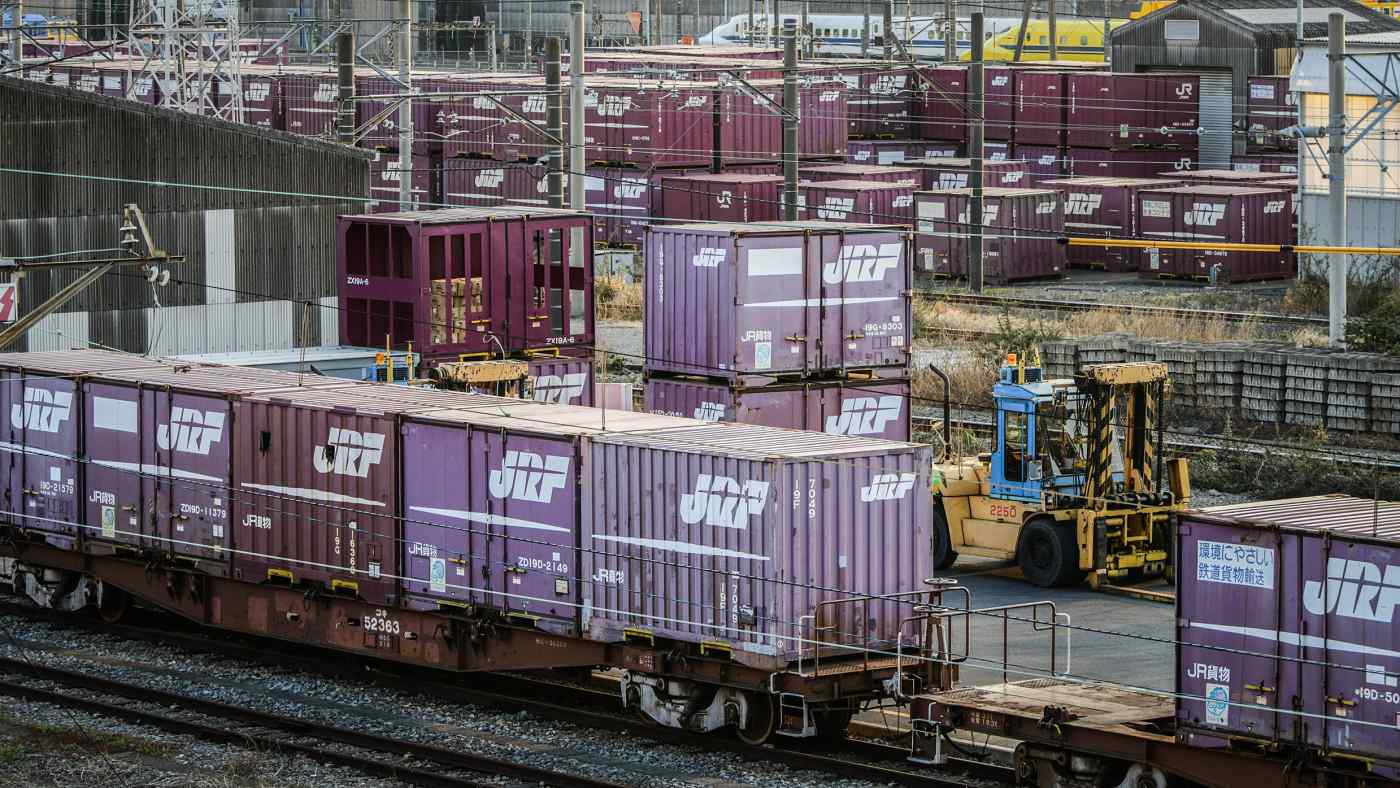 TOKYO -- Japan's accelerating vaccine rollout and the end of an official state of emergency in its biggest cities have investors betting that beaten down businesses will rebound as people emerge from their COVID hibernation.

Among the 33 sector indexes of Japan's broad Topix benchmark, air transportation has risen steadily in recent weeks, gaining 9% in the last month. Ground transportation and real estate have outperformed sectors like machinery and information and communication.

Shares in Japan's two largest airlines, ANA Holdings and Japan Airlines, have gained around 10% since mid-May while the Topix has bounced a modest 5%.

The stock price of railway and hotel conglomerate Seibu Holdings has surged over 20% during the same period, while that of West Japan Railway has jumped 11% and East Japan Railway 12%. Amusement park operator Fuji Kyuko's stock price has gained 13%.

On Sunday the government will lift its emergency decree in nine prefectures, including the capital and the greater Osaka area. A total of 10 prefectures will now be under a quasi-state of emergency until mid-July, meaning restaurants will still be asked to reduce business hours.

Stocks once labeled as "pandemic losers" are attracting inflows as investors bet on an increase in foot traffic. The two-month emergency in cities like Tokyo and Osaka has led to growing frustration as citizens chafe at the curbs on their usual activities. 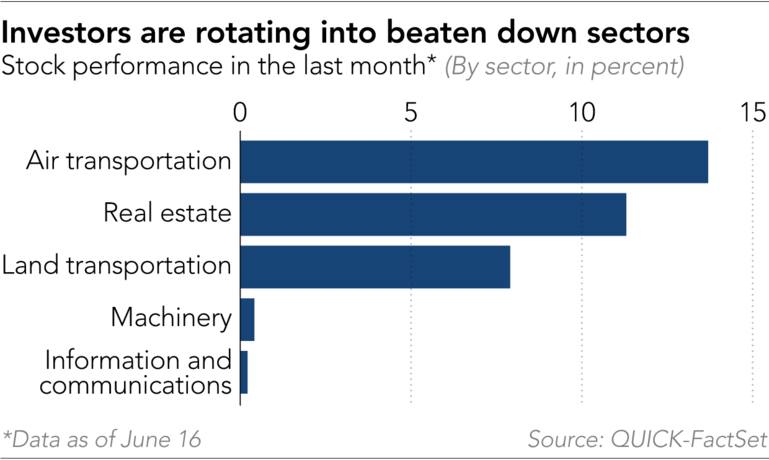 Shunsuke Kobayashi, Mizuho Securities' chief economist, says consumption has remained sluggish since May. "The upside in domestic consumption will not be small once the restrictions on the movement of people are lifted," he said.

The vaccination program, meanwhile, is gaining momentum. With inoculations of health care workers and the elderly well underway, the program on Monday will expand its scope as a number of universities and companies join the drive. Major corporate names like ANA, Panasonic, SoftBank Group and Toyota Motor will take part in a workplace vaccination program, which is expected to help quicken the pace of vaccinations while reducing the burden on local municipalities.

According to Japanese government data gathered by Nikkei, 6% of the country's population has so far been fully vaccinated.

Makoto Furukawa, chief portfolio strategist at Mitsubishi UFJ Morgan Stanley Securities in Tokyo, says the stock benchmarks in countries like France, Germany and Italy rose after an acceleration in vaccinations.

Once these countries had vaccinated 5% of their populations, Furukawa said, the pace of delivering injections picked up. A similar acceleration should start soon in Japan, the strategist wrote in a recent report.

Prime Minister Yoshihide Suga on Thursday noted the vaccination program is progressing faster than initially expected, saying "almost all municipalities will have completed inoculations for the elderly by the end of July." Suga's administration aims to complete inoculations for all citizens wishing to receive shots by October or November. As vaccination programs gain pace across developed nations, investors are eyeing a global economic recovery. The U.S. Federal Reserve this week fueled optimism about the outlook for the world's largest economy by indicating its expectations of having to tighten monetary policy in 2023.

Shipping stocks, in particular, are whetting strong investor appetite. Shares in Japanese maritime shipper Nippon Yusen on Thursday hit their highest level since 2008 and are up 350% since March 2020, though shipping stocks on Friday were hit by Chinese plans to release commodity stockpiles to try to stem price rises.

Marine transportation is recovering rapidly as demand for consumer goods, as well as container freight rates, rises. The Baltic Exchange Dry Index, a key indicator for shipping rates, has more than doubled this year.

However, concerns linger around the potential risks of Japan hosting the Olympics, scheduled to begin on July 23.

The government wants to implement strict COVID-19 rules for participating athletes and foreign guests but is considering allowing up to 10,000 spectators at events in areas where it has lifted the state of emergency.

"Considering the impact of the Tokyo Olympic and Paralympic Games in July," said Takahide Kiuchi, executive economist at the Nomura Research Institute, "the possibility of a fourth emergency declaration is on the horizon."