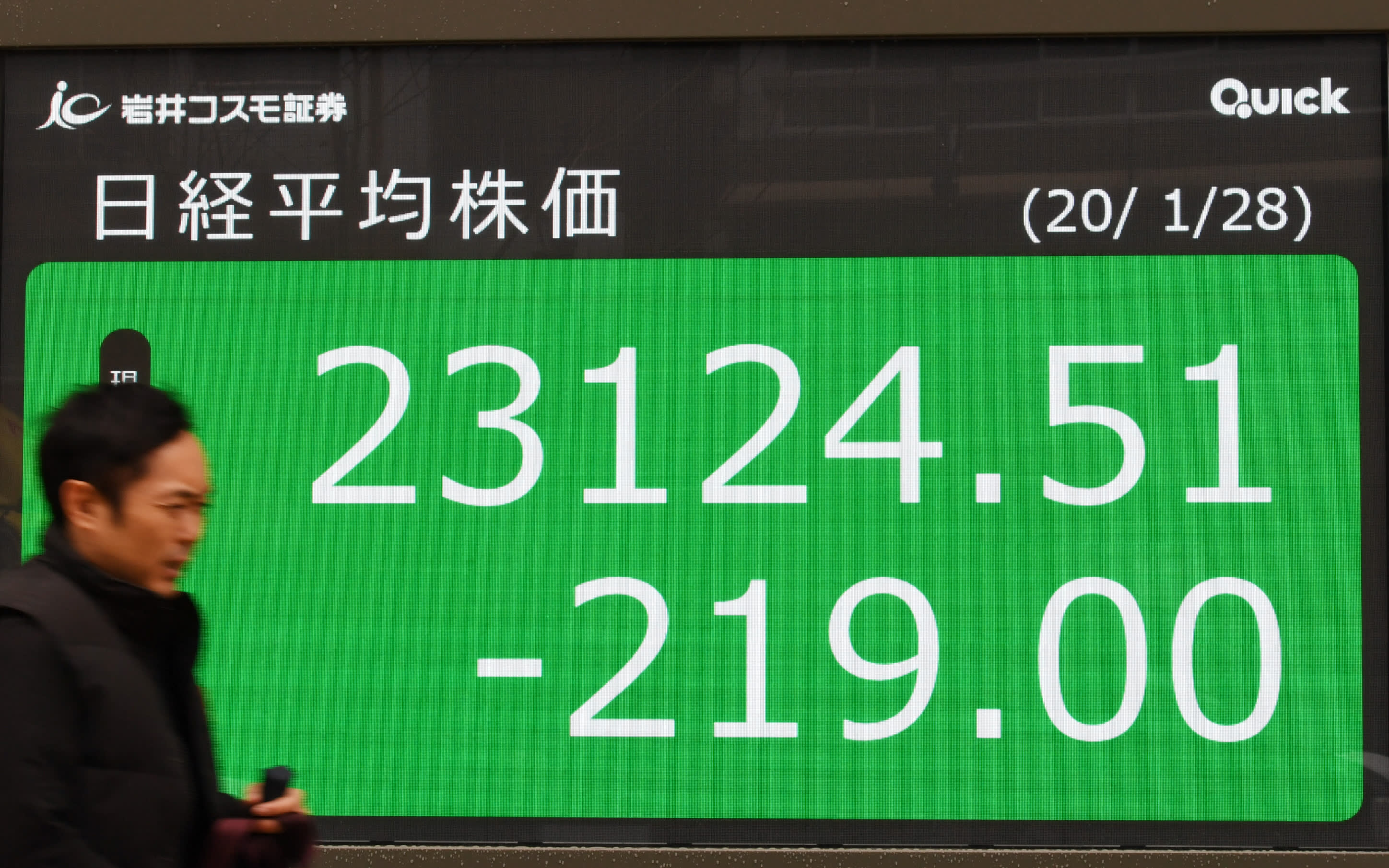 The main gauge on the Tokyo Stock Exchange finished morning trading down almost 220 points on Jan. 28, 2020.

TOKYO (Reuters) -- Japanese shares dropped to three-week lows on Tuesday as a broad range of stocks came under pressure from the spread of the coronavirus that could curb global economic growth.

Losses were widespread, with 80% of the main board shares in the red, an unusually high ratio.

Selling spread to companies seen as having strong growth prospects such as Keyence and Shin-etsu Chemical , which fell 2.9% and 2.0%, respectively.

"The share prices had been elevated, so a correction was necessary and the coronavirus provided that trigger," said Tetsuro Ii, president of Commons Asset Management.

"But as was the case with SARS and avian flu, it will take some time before this will be settled. As long as the number of patients is increasing, it will be hard for investors to buy shares aggressively," he added.

The death toll from the coronavirus, discovered in China at the end of last year, has passed 100, and China's rich eastern province of Zhejiang has said companies there were not allowed to resume operations before Feb. 9.

Tourism-related shares, which have been badly hit since the virus started to rattle markets last week, were subdued, with Topix air transport subindex almost flat.

Mask maker Kawamoto Corp extended its rally, rising 21.1% in volatile trade. The company's market value has more than quadrupled so far this month.