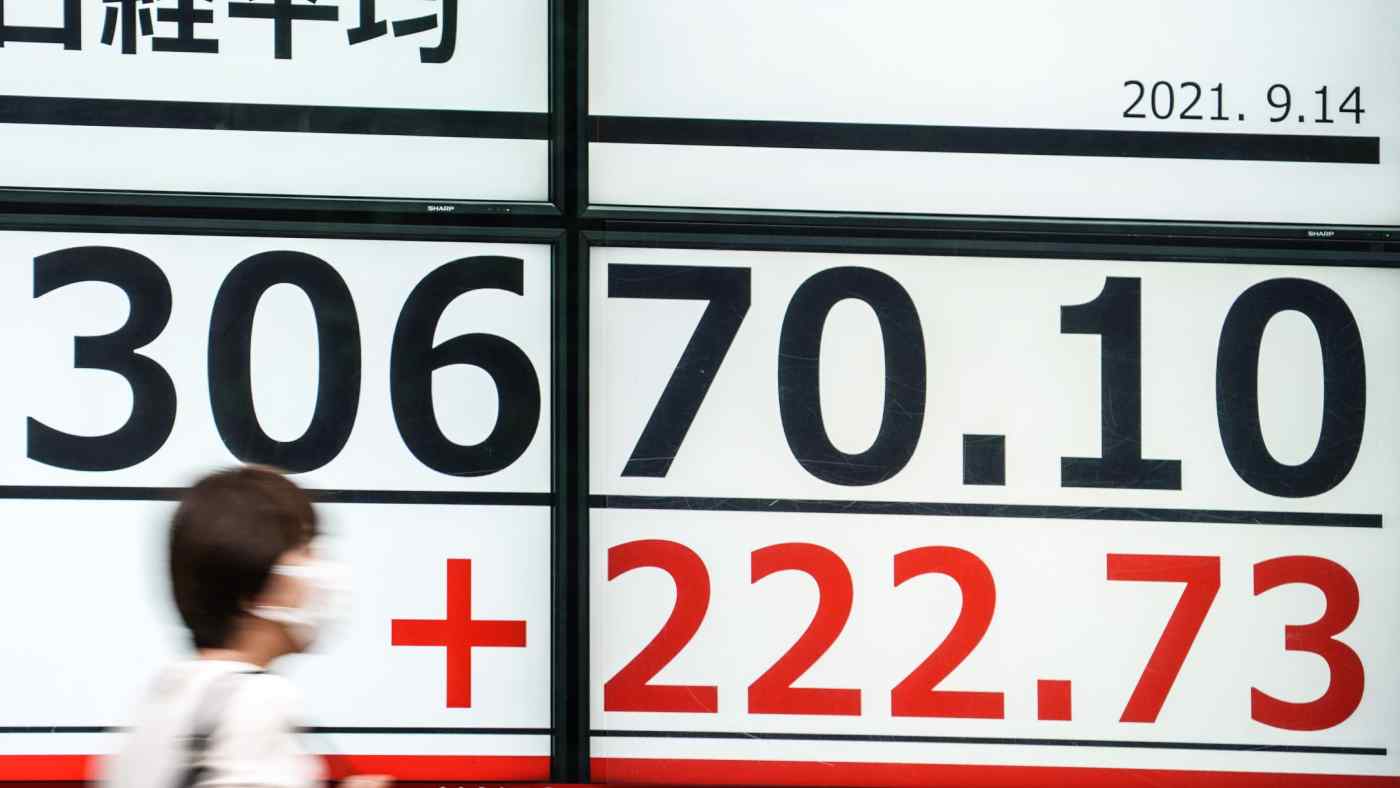 TOKYO -- Japan's benchmark stock index hit its highest level in 31 years on Tuesday, spurred by gains in U.S. shares and hopes that Japan's next prime minister will spend big to boost the economy.

The Nikkei Stock Average closed at 30,670.10, up 0.73% from the previous day. It topped this year's record of 30,467, reached in February. The benchmark index also reached its highest point since August 1990. Electronics, automotive and chemicals stocks led the gains, which come on the heels of an 8% surge in the index so far this month.