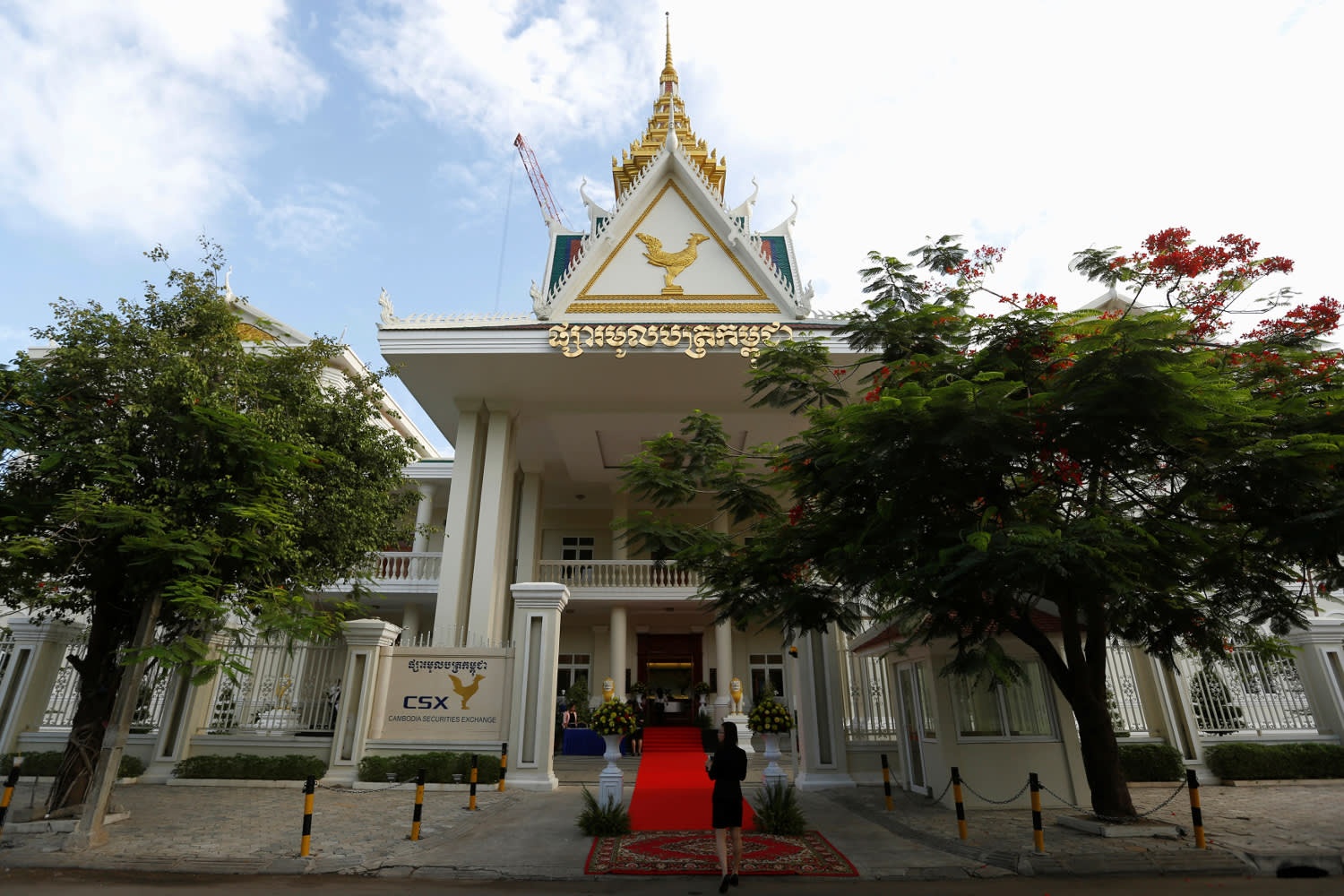 Hattha Kaksekar, the third-largest microfinance institution in Cambodia by loan balance, raised 120 billion riel ($29.8 million) through the issuance. Proceeds will be used for loans extended to farmers and owners of small businesses.

The lender is a wholly owned subsidiary of Bank of Ayudhya, a Thai unit of Japan's MUFG Bank -- which itself is part of Mitsubishi UFJ Financial Group.

The three-year bond, listed on the Cambodia Securities Exchange, drew buyers from local financial institutions as well as the International Finance Corp., a member of the World Bank group.

Until now, businesses in Cambodia had no way to procure funds in local currency -- as recommended by the central bank -- for periods longer than one year, said underwriter SBI Royal Securities, a local brokerage arm of Japan's SBI Holdings. Cambodian companies traditionally have raised money through bank loans.

Even after six years in business, the Cambodian securities bourse has only five listed companies, including Sihanoukville Autonomous Port, a public entity operating the international port in southern Cambodia. The exchange suffers from low liquidity, which in turn discourages companies from listing shares or bonds.

With banks focusing on urban areas, microlenders like Hattha Kaksekar essentially play the role of banks for rural farmers, setting up shop in many villages and taking on deposits.